The state climate deniers: which countries have not ratified the Paris climate agreement? 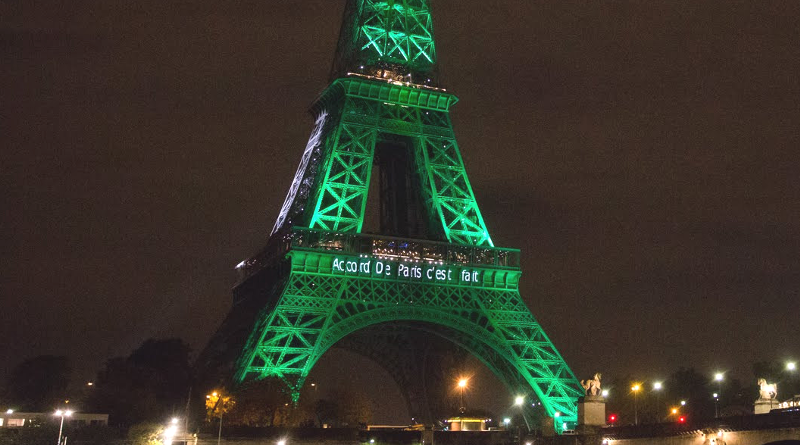 More than four years after the Paris Agreement was adopted, eight of 197 signatories have not formally backed the deal. Kyrgyzstan and Lebanon ratified in February 2020

Turkey and three large oil exporting nations are among seven countries that have not yet ratified the 2015 Paris climate agreement. Angola joined Kyrgyzstan and Lebanon and ratified in 2020, meaning the deal has been formally endorsed by 190 of 197 nations.

The US, which is still on the UN list of the 187 that have ratified, began the procedure to withdraw from the accord in 2019 and will leave on 4 November this year. President Donald Trump doubts that greenhouse gas emissions risk causing dangerous levels of global warming.

Iran, Iraq and Libya – all among the 14-member Organization of Petroleum Exporting Countries (Opec) – and states torn by conflicts such as Yemen and South Sudan have not ratified the agreement.

Angola was the latest country to ratify the climate deal on 12 August 2020. Kyrgyzstan ratified on 18 February and Lebanon on 5 February.

Turkey is now the only member of the G20 not to have formally endorsed the deal after Russia ratified in October 2019.

The seven countries yet to ratify the accord account for about 4% of global greenhouse gas emissions, according to the European Commission’s emissions database. The US, the second largest emitter after China, accounts for 13%.

Iran (1.66%), Turkey (1.04%) and Iraq (0.48%) are currently the top emitters among the 10 nations that have not yet ratified. The others represent a far smaller share of global emissions: Eritrea (0.01%), Libya (0.14%), South Sudan (0.24% with Sudan) and Yemen (0.07%).International agreements are initially signed to signal intent to comply, but only become binding through ratification. That can take an act of parliament or some other formal acceptance. Different countries have different processes. Former US President Barack Obama used disputed executive powers to ratify the Paris accord in 2016.

Once ratified, the agreement commits governments to submit their plans to cut emissions. Ultimately they will have to do their bit to keep global temperatures well below 2C above pre-industrial times and to “pursue efforts” to limit them further to 1.5C.

Niklas Höhne, a climatologist and founder of the New Climate Institute in Germany, said Turkey “stands out” among the list of countries yet to ratify the agreement.

“Oil has been an important factor for economic security for several of these countries,” David Waskow, of the World Resources Institute think-tank in Washington, told CHN, noting common interests of both Opec nations and the US, the world’s top oil producer.

Throughout his time in office, President Trump has promoted the US’ domestic fossil fuel industry to ensure energy security. No other nations have announced plans to follow Trump and quit the Paris Agreement. Democratic candidates to become US president all want to rejoin.

Big emitters yet to ratify:

In 2019, Turkey said it was on track to reduce the growth of its emissions by 21% below projected levels with no economic restraints by 2030.

Turkey has since argued that it is a developing country and has won special circumstances, allowing it to opt out of supplying finance. But it still cannot access climate cash, a condition President Recep Tayyip Erdoğan has said must change if Turkey is to ratify the agreement.

As a major producer of oil and natural gas exporter, Iran’s energy sector accounts for around 77% of its total emissions. Despite its fossil fuel empire, the country has developed a renewable energy industry thanks to a number of national plans and funds.

In November 2015, it pledged to reduce its emissions by 4% by 2030, compared to a business as usual scenario. Its national plan said cutting greenhouse gas emissions “will be facilitated and speeded up, only in the absence of any forms of restrictions and sanctions.”

Iran’s reluctance to ratify stems largely from its dependence on oil, complicated by the collapse of the July 2015 nuclear deal between Tehran and other major powers led by Washington.