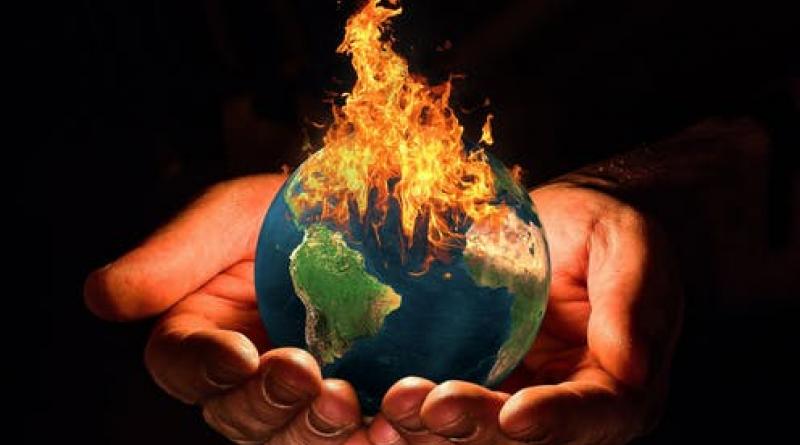 Climate deniers have been hanging out for the United Nations’ next big summit to fail. In a sense, the coronavirus and its induced policy responses have more than satisfied their wildest dreams, precipitating a global recession that they no doubt hope has pushed the issue of the low-carbon transition well down the political and policy agenda.

The next round of international climate negotiations – the so-called COP26 in Scotland – has been delayed until 2021. Presumably, climate sceptics hope governments and policy authorities will now be consumed by, in the words of our prime minister, the need to “cushion” the impact of the recession and ensure “a bounce back on the other side”.

Deniers argue that further disruption to economies and societies will be avoided at all costs.

Sorry to be the harbinger of denier disappointment, but there is every reason to expect that the virus crisis will strengthen and accelerate the imperative to transition to a low-carbon world by mid-century.

Time is of the essence

As Christiana Figueres, former executive secretary of the UN’s Framework Convention on Climate Change, states in her recent book:

“We are in the critical decade. It is no exaggeration to say that what we do regarding emissions reductions between now and 2030 will determine the quality of human life on this planet for hundreds of years to come, if not more.”

This will require about a 50% reduction in emissions by 2030 – way more than is contemplated in the Paris agreement – to achieve even net zero emissions by 2050.

There are a few “pluses” from the experience of coronavirus. Emissions are falling (although clearly no one would advocate a global recession as a climate strategy). And the response of governments to the crisis has seen decisive domestic action – working individually, but together, in meeting what is a global challenge.

Individual governments have demonstrated how quickly they can move once they accept the reality of a crisis. We’ve also seen just how far they’re prepared to go in terms of policy responses – lockdowns, social distancing, testing, rapid and historically significant fiscal expansions, and massive liquidity injections.

It’s noteworthy that issues that in “normal times” could not have been ignored – such as civil liberties and concerns about intrusive governments and effective competition – have so easily been set aside as part of emergency responses.

The lowered emissions provide an opportunity to “reset” the base for the climate transition. Any effective bounce back from recession should involve strategic thinking and planning as to what industrial and trading structures, and social norms, will be appropriate.

Some nations may use the cover of coronavirus to sneak out of even their low-ambition Paris commitments. Japan, for example, last week reaffirmed its 2015 Paris goal, despite the UN urging much tougher action.

But I suspect the major nations will continue to lead the way in transition. UK Prime Minister Boris Johnson has led a global call to reach net-zero emissions by 2050. Presumably, Johnson saw the UK’s hosting of COP26 as a chance to substantiate his position as a leader on climate. Europe and China will also undoubtedly seize the opportunity to lead.

It’s significant that their governments remain committed to what was a pre-COP bilateral meeting later this year. I suspect they will work towards pulling each other up on their coat tails.

The US situation is harder to judge. If President Donald Trump survives to a second term, expect more chaotic, negative rhetoric and action on climate, even from the depths of what is shaping as the biggest US economic slump since the Great Depression.

But if Trump loses – an increasingly likely proposition as his irresponsible and destructive manoeuvring around coronavirus hurts him politically – the US would probably seek to assume more of a leadership role on climate.

Not only did Trump pull out of the Paris agreement, but he embarked on a campaign to weaken environmental obligations on industry, weaken the Environmental Protection Authority, and reverse vehicle emissions reduction standards. However, Trump’s campaigns were offset somewhat as key cities, states and industries pushed ahead on the transition anyway.

On the home front

Unfortunately, there are similarly low expectations of the Coalition government’s future positions on climate. This is clearly a test of Morrison’s leadership.

He made a mess of his bushfire response, on top of a mediocre handling of the drought, so has sought to reestablish credibility with his response to COVID-19.

The jury is still out on this, especially given his inconsistency of message, and attempts to reduce scrutiny by limiting Parliament, delaying the federal budget and resisting the release of medical and economic modelling.

However, Morrison will come to recognise that it will take more than his “bounce back” slogan to recover from what could be a very long period of depressed economic activity.

Pre-virus, Australia had a weak and weakening economy, with many serious structural challenges. The government now faces a very significant financing and debt management task, with limited capacity to restrain spending, and a political reluctance to raise taxes.

My hope is that Morrison will recognise the imperative, and the development opportunities, of an effective transition to a low-carbon Australia over the next three decades.

How changes brought on by coronavirus could help tackle climate change.