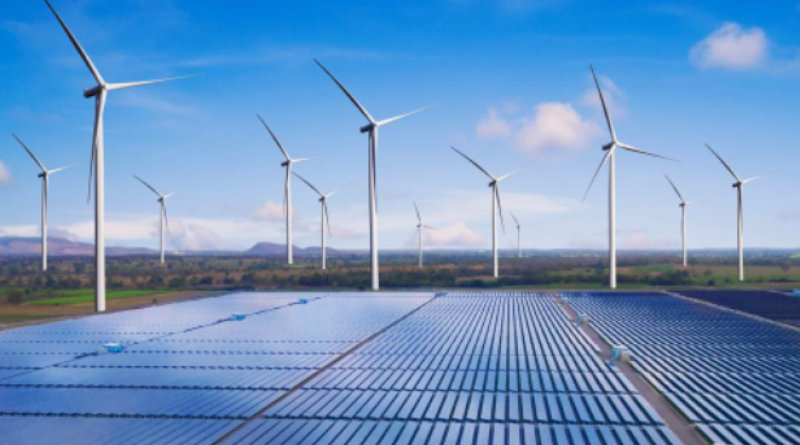 Solar power has overtaken wind for the first time, in the race to develop renewable energy capacity around the globe.

According to the International Renewable Energy Agency (IRENA), solar energy now accounts for 28% of the world’s renewable electricity generation capacity, just ahead of wind with 27%. This time last year, the two were evenly matched at 26% each.

The figures come from the latest Renewable Capacity Statistics report, released by the UAE-based organization on April 11.

It said that by the end of 2021 global renewable generation capacity amounted to 3,064 gigawatts (GW), a 9.1% increase on the previous year. The 256.7GW of clean energy added to national grids last year accounted for 81% of all the electricity generation capacity additions around the world, a record level.

Hydropower still accounts for the largest share of global renewable energy generation, with 1,230GW, but its position is being steadily eroded. As recently as 2018, hydropower was responsible for half of all renewable energy output, but its share is now down to 40% and is expected to fall further in the coming years.

Other sources including bioenergy and geothermal accounted for 5% of the renewable market in 2021, a level that has remained steady for several years.

However, IRENA director-general Francesco La Camera warned that, despite the strong rate of expansion, far more needs to be done if the world is to avoid the worst effects of climate change. “Despite the encouraging global trend … the energy transition is far from being fast or widespread enough to avert the dire consequences of climate change,” said La Camera.

Asia is leading the way when it comes to expanding renewable capacity. Last year, 60% of all new capacity was added there, with 155GW coming on stream. China alone accounted for 121GW of that, including 53GW of solar energy and 6GW of bioenergy capacity.

Wind energy can be the puzzle piece that tackles global warming.