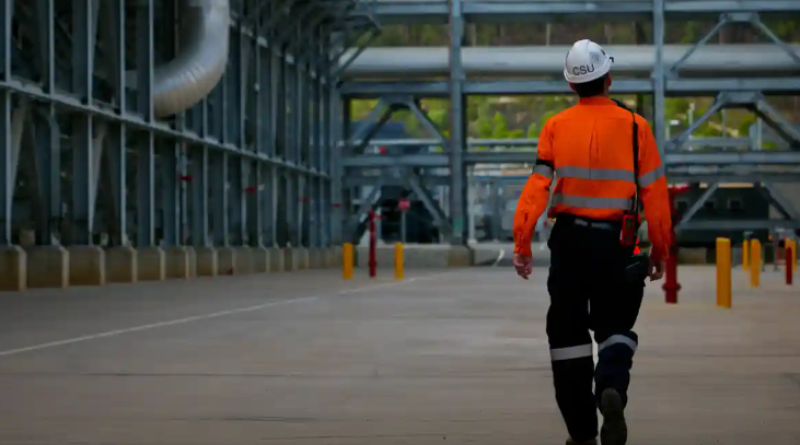 Soaring gas prices driven by the war in Ukraine have doubled revenue at the biggest gas export terminal on the east coast, delivering a bumper $1.59bn dividend to part-owner Origin Energy and sparking renewed calls for a windfall profit tax.

Revenue at Australia Pacific LNG – a gas pipeline leading to a terminal near Gladstone in Queensland that services both the domestic and export markets – rose from $4.55bn in 2020-21 to $9.26bn in 2021-22, Origin said in a quarterly update released on Friday.

This resulted in APLNG paying a $1.59bn dividend to Origin, which operates APLNG and owns 27.5% of it. The other shareholders in the joint venture are American oil and gas multinational ConocoPhillips, which owns 47.5%, and China’s Sinopec, which owns 25%.

This increase was achieved despite the company responding to surging domestic energy prices and fears of a gas shortage in Australia by pledging in April that it would stop selling gas on the international market at the spot market price, which has been far higher than the domestic price.

APLNG promised to stop selling gas at the lucrative international spot price in April. It then delivered four cargoes for which it had already signed contracts.

Richard Denniss, the chief economist at left-leaning thinktank the Australia Institute, said the bumper result bolstered his organisation’s calls for a tax on windfall profits.

“Today’s enormous profit by Origin makes clear that while Australian households and business are suffering from high energy prices, companies like Origin are making a fortune,” he said.

“That’s why we need a windfall profits tax: energy companies have done nothing to earn these record profits, they are literally cashing in on the crisis caused by Russia’s war in Ukraine

“A windfall profits tax could be used to offset the cost to the budget of helping low-income earners in Australia cope with the soaring prices that are delivering eye-watering profits for companies like Origin.”

The Australia Institute this month brought Nobel prize-winning economist Joseph Stiglitz to Australia. He said a windfall profits tax was a “no-brainer”.

“It makes a great deal of sense at this current juncture – it’s not as if the energy companies did anything to deserve it,” he said.

However, the treasurer, Jim Chalmers, has ruled out the idea, saying he had a long conversation with Stiglitz but “a windfall tax is not something that we are considering”.

Origin’s chief executive, Frank Calabria, said APLNG “has continued to play an important role in providing secure supply to customers on Australia’s east coast, increasing gas supply to the domestic market by 4% in the June 22 quarter”.

However, Harriet Kater, climate lead at activist investor group the Australasian Centre for Corporate Responsibility, said that over the entire year APLNG’s “exports increased by 136.2 petajoules whilst domestic supply increased by a paltry 0.6 petajoules”.

While gas has this year proved lucrative for Origin and its partners in APLNG, the company has been battered by its reliance on coal, which has also soared in price, to fuel its power plant at Eraring, south of Newcastle in New South Wales.

Difficulties securing coal supply have resulted in reduced output from the plant, carving up to $140m from earnings, the company warned last month.

“We have made good progress in addressing coal supply constraints at Eraring, having received strong support from coal suppliers, rail network providers and the NSW government to increase rail deliveries, notwithstanding a short-term interruption in July as flooding impacted rail services in the Hunter region,” Calabria said on Friday.

“Coal contracting for [financial year] 2023 has also progressed well and is now halfway complete towards our target for 5 to 6m tonnes.”