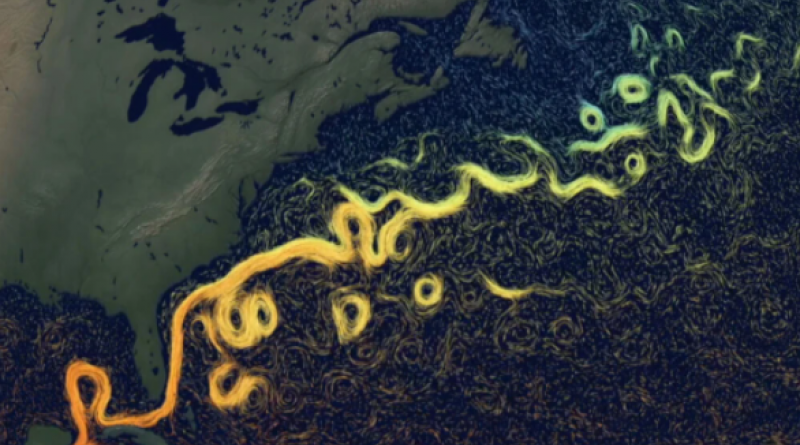 Some scientists fear that meltwater from Greenland may be affecting ocean currents that help regulate far-reaching weather patterns.

A northern branch of the Gulf Stream — the vast ocean current that runs from West Africa to the Americas, up the East Coast and back across the Atlantic to the British Isles — has served for ages as a kind of planetary heat pump that helps regulate the planet’s climate.

Now, some scientists think melting ice from Greenland could be inhibiting this crucial northern branch of the current. If that’s the case, they fear, the meltwater could tip the delicate balance of hot and cold that defines not only conditions around the North Atlantic, but life far and wide.

To learn more, researchers have slung necklace-like sensor arrays across the ocean, not only on the surface, but hundreds of feet deep.

Why it matters: Consequences could include faster sea level rise along parts of the Eastern United States and Europe, stronger hurricanes barreling into the Southeastern United States, and perhaps most ominously, reduced rainfall across the Sahel, the semi-arid swath of land running the width of Africa that is already a geopolitical tinderbox.

Quotable: “We’re all wishing it’s not true,” Peter de Menocal, president and director of the Woods Hole Oceanographic Institution, said of the shifting ocean currents. “Because if that happens, it’s just a monstrous change.”

With climate change, life in the Gulf could become impossible