With climate change, life in the Gulf could become impossible 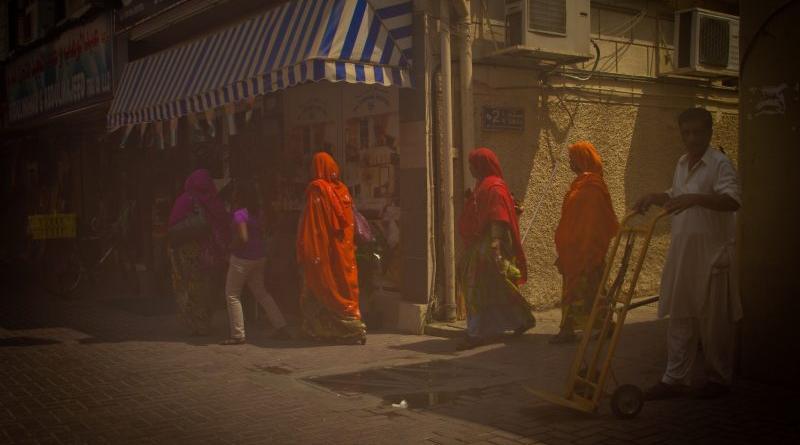 In the second half of the century, most of the territory bordering the Gulf, Red Sea and Arabian Sea could experience “wet bulb temperatures” making outdoor activities practically impossible, writes Jonathan Gornall, warning this could create social upheaval on the grandest of scales.

Jonathan Gornall is a British journalist, formerly with The Times, who has lived and worked in the Middle East and is now based in the UK. He specialises in health, a subject on which he writes for the British Medical Journal and others. He contributed this op-ed for the Syndication Bureau, an opinion and analysis article syndication service that focuses exclusively on the Middle East.

From “The Day the Earth Caught Fire” in 1961 to “Geostorm,” the latest climate-change disaster movie, there is no shortage of Hollywood scenarios in which the Earth heats up to the point where human life is wiped out.

Now comes the chilling suggestion that by the end of this century, under the “business-as-usual scenario of future greenhouse gas concentrations,” the environment in and around the Arabian Gulf, Red Sea and the Arabian Sea will “exceed a threshold for human adaptability.”

Life in the GCC, Yemen, parts of Iraq and in great swathes of Iran, in other words, will no longer be possible. This ominous scenario, posited in one of 6,000 papers referenced in the latest report from the Intergovernmental Panel on Climate Change, warrants only a single line and is easily missed.

The IPCC report highlights a series of climate-change consequences that could be avoided if global warming were limited to 1.5 degrees centigrade above pre-industrial levels, compared with a rise of 2 degrees or more. One of the key messages is that the world is already seeing the results of 1 degree of global warming, in more extreme weather, rising sea levels and diminishing Arctic sea ice.

While limiting warming to 1.5 degrees is “possible within the laws of chemistry and physics,” the reality is that doing so requires “rapid and far-reaching” changes in all aspects of modern life, from land use, industry and energy production to buildings, transport and cities.

The bad news for the Middle East and North Africa is that, even if it proves possible to limit warming to 1.5 degrees, life in the region is likely to become extremely problematic.

The Middle East is already more vulnerable to climate change than most regions because of limited water supplies and long summers that are already very hot. Rising temperatures will only reduce the availability of water, stoking tensions already straining relations between neighbouring states.

The Tigris and Euphrates rivers, which once watered the flowering of civilisation in ancient Mesopotamia, rise in the Armenian Highlands. Facing the rising threat of desertification, Turkey is increasingly diverting water from these rivers for its own agricultural needs and depriving its southern neighbour, Iraq, of supplies.

Downstream in the southern Iraqi city of Basra, lack of fresh water has already led to a public health crisis and violent protests this year, raising the spectre of a future blighted by water wars.

But social upheaval on the grandest of scales could also be on the cards, according to the paper cited by the IPCC report and published in the journal Nature Climate Change in 2016.

Using computer models specifically tailored to the region, climate scientists at the Massachusetts Institute of Technology generated predictions relating to the ability of the human body to adapt biologically to extremes not only of heat, but of a variable they describe as “wet bulb temperature.”

The body adapts to increases in environmental temperature through perspiration and subsequent evaporative cooling. As anyone who has waited in vain for a taxi in Abu Dhabi knows, extreme heat plus the proximity of a large body of water – such as the Gulf – equals high humidity, which prevents the body from regulating its internal temperature through evaporation.

The MIT scientists estimate that the maximum wet bulb temperature, or TWmax, at which even the fittest human being could not survive outdoors for more than six hours before suffering hyperthermia, or fatal overheating, is 35 degrees.

If climate change is not checked, say the researchers, between 2071 and 2100 most of the territory bordering the Gulf, Red Sea and Arabian Sea will experience wet-bulb temperatures permanently between 31 and 35 degrees.

By the end of the century, Abu Dhabi, Dubai, Doha, Dhahran and Bandar Abbas will regularly exceed 35 degrees, at which point life in the region will, to all practical intents and purposes, be over.

Yes, air-conditioning – if it can still be afforded and, indeed, be politically justified in the face of impending global climate-change catastrophe – might be able to cope indoors and in cars.

But no one would be able to work or even survive outside, which would mean an end to construction and the vital businesses of tourism, ports and airports, while the rate of deaths from heat-related illnesses among the young and the elderly would become intolerable.

TWmax aside, if actual temperatures reach predicted highs of 60 degrees, “much machinery designed for the current climate may malfunction … aircraft may not operate properly during takeoff and landing and rail lines may buckle.”

The extreme conditions anticipated for the coast of the Red Sea, meanwhile, “are of severe consequence to the Muslim rituals of Hajj, when Muslim pilgrims pray outdoors.” This obligatory once-a-lifetime ritual, say the authors, “is likely to become hazardous to human health, especially for the many elderly pilgrims.”

Gulf nations such as the UAE have been working hard, and successfully, to reduce their economic reliance on the fossil fuels that have created such a problem for the world’s climate. They have also been investing heavily in sustainable energy sources.

But demand for electricity will continue to soar, not only to keep pace with population growth but to cope with the increasing demand on air conditioning if temperatures continue to rise. Renewables stand little chance of bridging the gap and demand is outpacing even the UAE’s plans for nuclear power stations.

If the dire warning about TWmax proves correct, the irony is that, by necessity, gas and oil must play an ever more important part in staving off the inevitable moment when life in the Gulf becomes unsustainable, in the process bringing that moment ever closer.