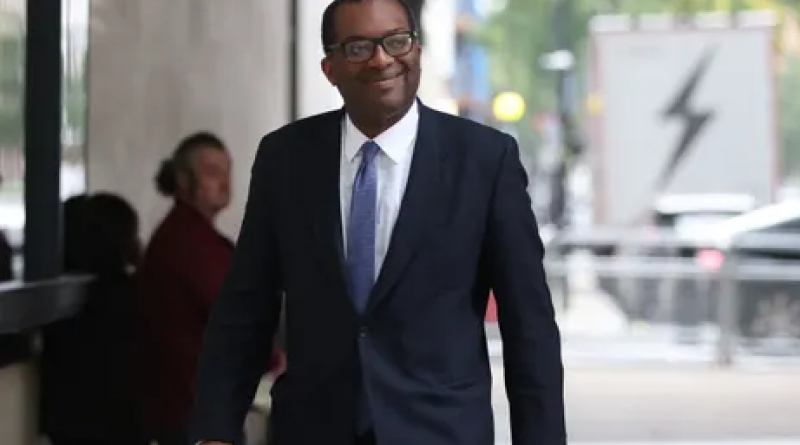 Shell and BP, which together produce more than 1.7bn tonnes of greenhouse gases a year, have not paid any corporation tax on oil and gas production in the North Sea for the last three years, company filings reveal.

The oil giants, which have an annual global footprint of greenhouse gases more than five times bigger than Britain’s, are benefiting from billions of pounds of tax breaks and reliefs for oil and gas production.

Shell and BP paid no corporation tax or production levies on North Sea oil operations between 2018 and 2020, and claimed tax reliefs of nearly £400m, according to annual “payments to governments” reports analysed by the Observer.

Over the same three-year period, they paid shareholders more than £44bn in dividends. 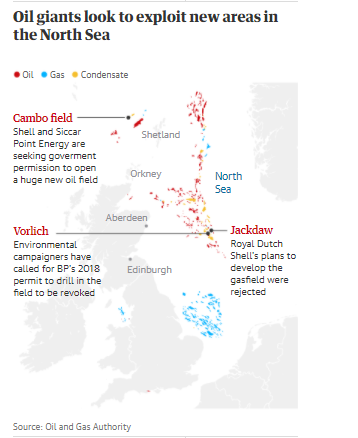 A petroleum revenue tax of 35% was effectively scrapped by the then chancellor, George Osborne, in 2016 and oil giants can claim billions of pounds in taxpayer handouts for decommissioning rigs.

The North Sea is now one of the most profitable areas in the world for oil and gas production, after tax cuts by the government to encourage production.

Shell and BP have set targets to achieve net zero carbon emissions by 2050 by investing in cleaner energy, but say the UK will continue to need oil and gas from the North Sea, which also supports thousands of jobs.

Climate campaigners are now challenging the UK tax regime in a high court case. They want the payouts to be scrapped and a ban on any new oil and gas projects in the North Sea to help cut carbon emissions.

Philip Evans, oil and gas campaigner for Greenpeace UK, said: “It’s outrageous that as the UK prepares to host global climate talks in Glasgow, we still have one of the lowest effective tax rates in the world for oil extraction.

We’re giving tax breaks worth billions of pounds to companies that have been fuelling the climate emergency for decades.”

The UK has some of the lowest oil tax rates in the world. An analysis by research company Rystad Energy in January found the UK is now the most profitable country in the world for the development of oil and gas “mega-projects”.

Taxpayers will foot a bill of more than £18bn for the decommissioning of the oil and gas infrastructure in the North Sea up to 2065 – made up of tax repayments and a reduction in offshore corporation tax. Campaigners want the handouts to be scrapped and used for investing in clean energy.

Kwasi Kwarteng, the business secretary, faces a legal challenge over the tax handout to oil and gas operators by campaigners. Paid to Pollute, a group of environmental organisations, says that the taxpayer handouts to oil and gas companies are unlawful because they conflict with the UK’s legal duty to achieve net zero emissions by 2050. A judicial review is due to be heard before the end of the year.

Gabrielle Jeliazkov, a campaigner at Platform, a UK group that investigates the social and environmental effects of the global oil industry and is supporting the legal case, said: “The government has spent too long backing oil giants through tax breaks and subsidies. It has had devastating consequences for the climate.”

Shell and BP also face strong opposition over new projects in the North Sea. A report published last week by Friends of the Earth and the New Economics Foundation found that the oil and gas industry is preparing to seek approval for 30 offshore projects by 2025.

Shell has defended plans for the Cambo project, a controversial oilfield off Shetland that contains about 800m barrels of oil and is awaiting approval from the Oil and Gas Authority, a government licensing body. Greenpeace lost a legal bid this month for the government to revoke the permit for BP to drill at the Vorlich oilfield in the North Sea, which started production in November last year.

It was reported by Reuters last week that Offshore Petroleum Regulator for Environment and Decommissioning had rejected Shell’s plans to develop the Jackdaw gasfield in the North Sea after considering its environmental statement.A Shell spokesperson said: “Our total oil production already peaked in 2019 and we expect it to continue declining, including through divestments. We’re already investing billions of dollars in low-carbon energy. The North Sea Transition Deal agreed earlier this year also maps out how the sector will reduce emissions in line with the government’s net zero targets.” The company said it paid no corporation tax on North Sea production last year because of tax losses in previous years.

A BP spokesperson said: “All BP’s North Sea assets are owned by companies that are subject to UK tax in accordance with UK law. Over the years, BP has contributed over £40bn in taxes to the UK government from its North Sea business.

“In recent years, in line with longstanding UK tax regulations, tax relief on the significant investments we have recently made in the North Sea business and the challenging price environment, including the steep oil price falls in 2015 and 2020, have meant we have paid no North Sea corporate taxes.”

A government spokesperson said: “The UK oil and gas industry has paid around £375bn in production taxes to date – with companies in the North Sea subject to headline rates that are more than double those paid by other businesses. Relief for decommissioning costs is a fundamental part of the UK’s tax system.”