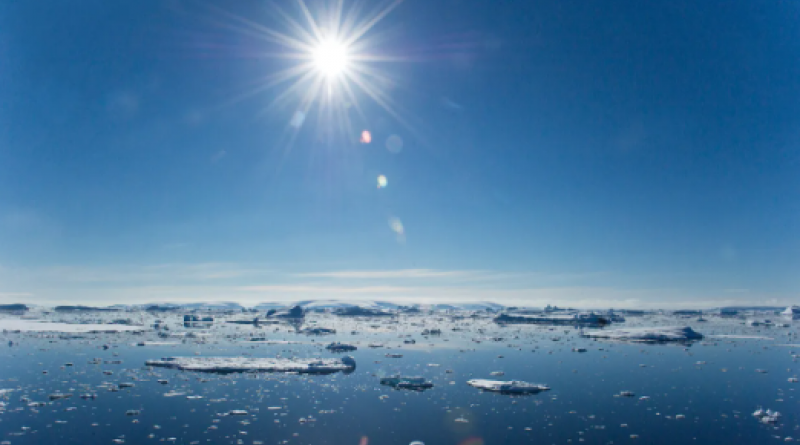 Atmospheric researchers have pinpointed the spot on Earth with the cleanest air. It's not in the midst of a remote jungle, nor on a deserted tropical island. Instead, the cleanest air in the world is in the air above the frigid Southern Ocean surrounding Antarctica, as CNN reported.

Air pollution is a global public health problem that claims 7 million lives every year, stunts the growth of children, and increases the risk of heart disease, stroke and pulmonary disorders. So, if you're seeking the cleanest air in the world, you will need to pack a very warm coat.

The Southern Ocean that surrounds Antarctica has the air that shows the smallest concentration of particles caused by human pollution. The first of its kind study of the bioaerosol composition of the Southern Ocean was conducted by researchers from Colorado State University, according to CNN.

The study, which described the air as "truly pristine," was published Monday in the journal of the Proceedings of the National Academy of Sciences.

The researchers noted that the air that forms the lower clouds in the area was free from any particles produced by man-made activity or dust from other continents.

The study sampling of the air was taken from a research ship that sailed from Tasmania to within 24 miles of the Antarctic ice edge to conduct "bacterial profiling" from air filter samples. The scientists were surprised to find that the air was so clear there was barely any bacterial DNA to profile, according to Sky News.

"We were able to use the bacteria in the air over the Southern Ocean (SO) as a diagnostic tool to infer key properties of the lower atmosphere," said Thomas Hill, a researcher in the Department of Atmospheric Sciences at Colorado State University and a coauthor on the study, in a university statement.

Hill went on to explain how the airborne bacteria is a diagnostic tool to infer the properties of the lower atmosphere.

"For example, that the aerosols controlling the properties of SO clouds are strongly linked to ocean biological processes, and that Antarctica appears to be isolated from southward dispersal of microorganisms and nutrient deposition from southern continents. Overall, it suggests that the SO is one of very few places on Earth that has been minimally affected by anthropogenic activities," he added.

The scientists analyzed the structure of the airborne microbes, which are dispersed by the wind and travel thousands of miles. The researchers looked at the microbes' DNA, tracked their sources, and analyzed wind trajectories to see where they came from. The microbes they analyzed around Antarctica were from the ocean as opposed to from an airborne pollutant like coal emissions, according to CNN.

According to the university statement, the bacterial composition of the microbes also was differentiated into broad latitudinal zones, which suggested that aerosols from distant land masses and human activities, such as pollution or soil emissions driven by land use change, were not traveling south into Antarctic air.

Meet the Experts: Isolation in Antarctica.