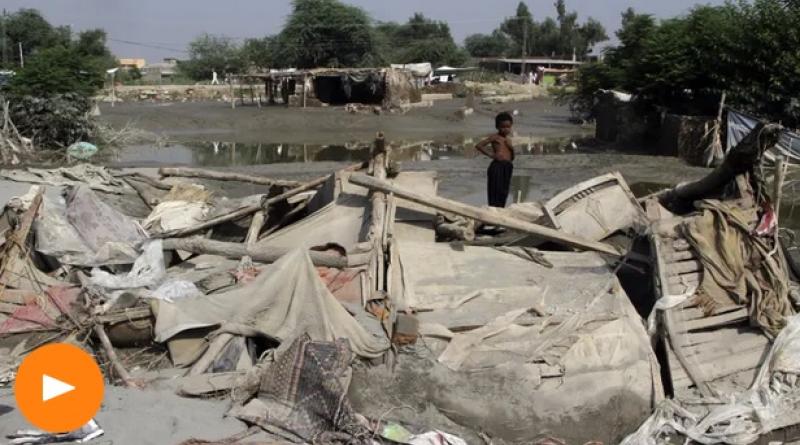 If Cop27 fails to bring the major polluters to heel, the global south will be forced to act on its own

What we’ve witnessed this summer in Pakistan is nothing short of a climate catastrophe. First came the early heatwaves that brought an end to spring, reducing crop yields and increasing the rate of glacial melt. Then came the monsoon downpours that lasted for days on end and wreaked havoc across the country. One-third of Pakistan is now underwater. More than 1,200 people have been killed and more than 33 million people affected. And the monster monsoon isn’t over yet.

Experts say the heavy rainfall was caused by higher than average warming of the Arabian Sea. In Sindh province, which produces half the country’s food, 90% of crops are ruined. More than 75% of Balochistan, which covers half of Pakistan, is partially or completely damaged. People’s homes and patches of land are inundated. Of the 650,000 pregnant women who have been directly affected in flood-hit areas, 73,000 will be delivering their babies this month. The sheer scale of destruction those children will be born into is unimaginable.

The “third pole”, as it is often called, is a vast mountainous region that stretches from Myanmar to Afghanistan. This frigid wall of ice separates China and seven south Asian countries, including Pakistan, India, Bangladesh, Nepal and Bhutan. The region is home to the world’s highest peaks and countless glaciers. The flights from Islamabad, the capital of Pakistan, to the northern cities Gilgit and Skardu take barely an hour. In the good old days before Pakistan’s national carrier ran into financial difficulties, it also used to run a weekly flight called the air safari. If you were lucky enough to get a window seat, the journey was a visual feast.

The flight would give passengers a tour of the snow-capped “eight-thousanders” (mountaineers’ lingo for peaks above 8,000 metres) and glaciers from the comfort of their seats. Five of these peaks are in Pakistan; our country also has the highest number of glaciers outside the polar regions. The air safari was an impressive, comfortable alternative to months of training, weeks of trekking in treacherous terrain, and frostbite.

Little grows at such high altitude. But the third pole functions as a water reserve whose 10 major rivers flow downstream from these mountains and sustain more than 1.5 billion people. When you understand this, you start to see the mountains, valleys, and continuously flowing streams and rivers in a different light. The prediction that this magnificent, awe-inspiring landscape will in time be transformed into bare rocks is terrifying.

By 2100, a third of the ice sheets in this region will be gone, even if the world limits itself to the global warming target of 1.5C. Temperatures are rising higher than that, bringing the doomsday closer. This is a crisis hardly anyone talks about. The floods that Pakistan has experienced are one of the early signs of this crisis. Climate catastrophe is now in plain sight, for everyone to see.

Despite this, major economies have failed to reach a consensus on emission reductions. There have been countless summits and international meetings, and yet we are still not on track to reach net zero by 2050. For countries such as Pakistan, which falls into the unfortunate category of “most vulnerable to climate change”, every failed climate summit is bad news. It is frustrating for us to see rich countries haggle with each other over cutting back emissions while we continue to pay the costs in lives and livelihoods at a far greater frequency than before.

The results of western economies’ inertia and apathy are now glaringly obvious. Pakistan contributes less than 1% in global emissions and yet it is one of the countries most at risk due to climate change and global heating. We can only hope that Cop27, which will be held this year in Egypt, won’t fall short on expectations. But we’ve been here before: at Cop26, the response of major polluters failed to match the scale of the climate crisis.

If this happens again, the message for countries such as Pakistan will be clear: the biggest polluters, despite mounting evidence of deadly climate events such as heatwaves, droughts and floods, are still not willing to compromise on a trade-off between economic growth and saving the planet. If this is the case, countries such as Pakistan, with other vulnerable nations that are responsible for a fraction of greenhouse gas emissions yet are most at risk of climate change, should consider forming their own coalition within Cop to highlight their plight and put pressure on rich polluters to establish a fund that would help them cope with the aftermath of climate catastrophes.

The global north has long resisted such calls to establish a fund to help poor countries deal with the effects of the climate emergency and to pay for the damages. Perhaps this is because it would be construed as an admission of guilt. As a consequence of the recent climate catastrophe in Pakistan, millions of lives have been destroyed. The likelihood is that thousands will be pushed below the poverty line. Children will drop out of schools and many mothers will die during childbirth. The effects of the floods will be long term and catastrophic. We’re now living through a crisis that wasn’t of our making.