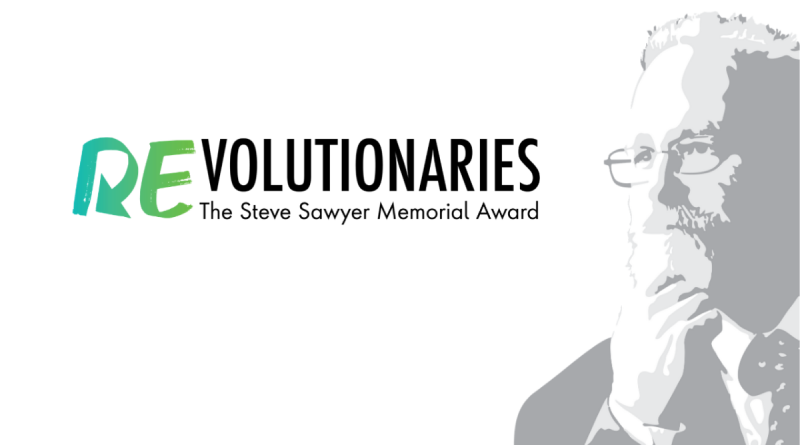 On the occasion of Earth Day, GWEC has launched a memorial award in honour of its late CEO Steve Sawyer - REvolutionaries: The Steve Sawyer Memorial Award. The award will honour Steve’s life mission to pioneer the global energy transition, recognising young leaders in the renewable energy sector in developing countries.

Steve had a distinguished career in environmental and climate activism. During his tenure at Greenpeace International, he survived the bombing of the Rainbow Warrior ship while campaigning against nuclear testing in French Polynesia. Steve became GWEC’s first Secretary General in 2007, contributing significantly to developing the wind industry in several countries, including India, China, Brazil and South Africa. Steve remained with GWEC until his passing in July 2019.

Reflecting Steve’s values, the award seeks to empower young people working on the frontiers of the renewable energy revolution in their respective countries. The annual award will have a different regional focus for each program cycle. In 2020, the programme will focus on clean energy leaders in Africa, with candidates either working in or targeting their work to one or several countries in Africa.

Emerging markets in Africa, South East Asia and Latin America. In 2020, the programme will award a recipient whose work targets a country or countries in Africa.

Applicants must demonstrate the Guiding Principles of the programme: leadership, renewable energy, innovation, scalability and diversity.

Empowering young leaders at the frontiers of the renewable energy revolution.

Applications are now open until 7 June 2020 for the first edition of the REvolutionaries award. In 2020, the program will focus on renewable energy leaders in Africa, working in the public sector, private sector or civil society. Applicants must work in, or their work must target, one or several countries in Africa (countries in Africa to be defined by membership of the African Union).

•             A track record of leadership and achievement in professional career; and

Eligible applications will be reviewed by a jury composed of a group of individuals with deep insight into Steve’s personal and professional values. They collectively represent members of Steve’s family, GWEC, REN21 and Greenpeace.

In 2020, the program will focus on renewable energy leaders in Africa, working in the public sector, private sector or civil society. Applicants must work in, or their work must target, one or several countries in Africa (countries in Africa to be defined by membership of the African Union).

Applicants must also demonstrate the Guiding Principles of the programme:

A track record of self-starting and professional leadership positions.

Leading scalable activities, with the potential to expand to other communities and create larger impacts.

Candidates’ work reflects or factors in diversity (gender, ethnicity, marginalised community, or other) in its approach, impact or otherwise.

Eligible applications will be reviewed by a Jury composed of individuals with deep insight into Steve’s personal and professional values. They collectively represent members of Steve’s family, GWEC, REN21 and Greenpeace.

Applications are judged on a point-based system, with up to 5 points awarded for each of the five Guiding Principles, for a potential total of 25 points. Applicants are also required to submit a short personal statement on their use of prize funds, which will be considered in the context of the entire application package, and will not be allocated points.

Following verification of references, a shortlist of finalists undergoes another round of judging on a point-based system. In the event of a tie, the Jury will determine the winner upon deliberation.

Eligible applications will undergo a comprehensive review process by a Jury composed of individuals with deep insight into Steve’s personal and professional values. They collectively represent members of Steve’s family, GWEC, REN21 and Greenpeace. 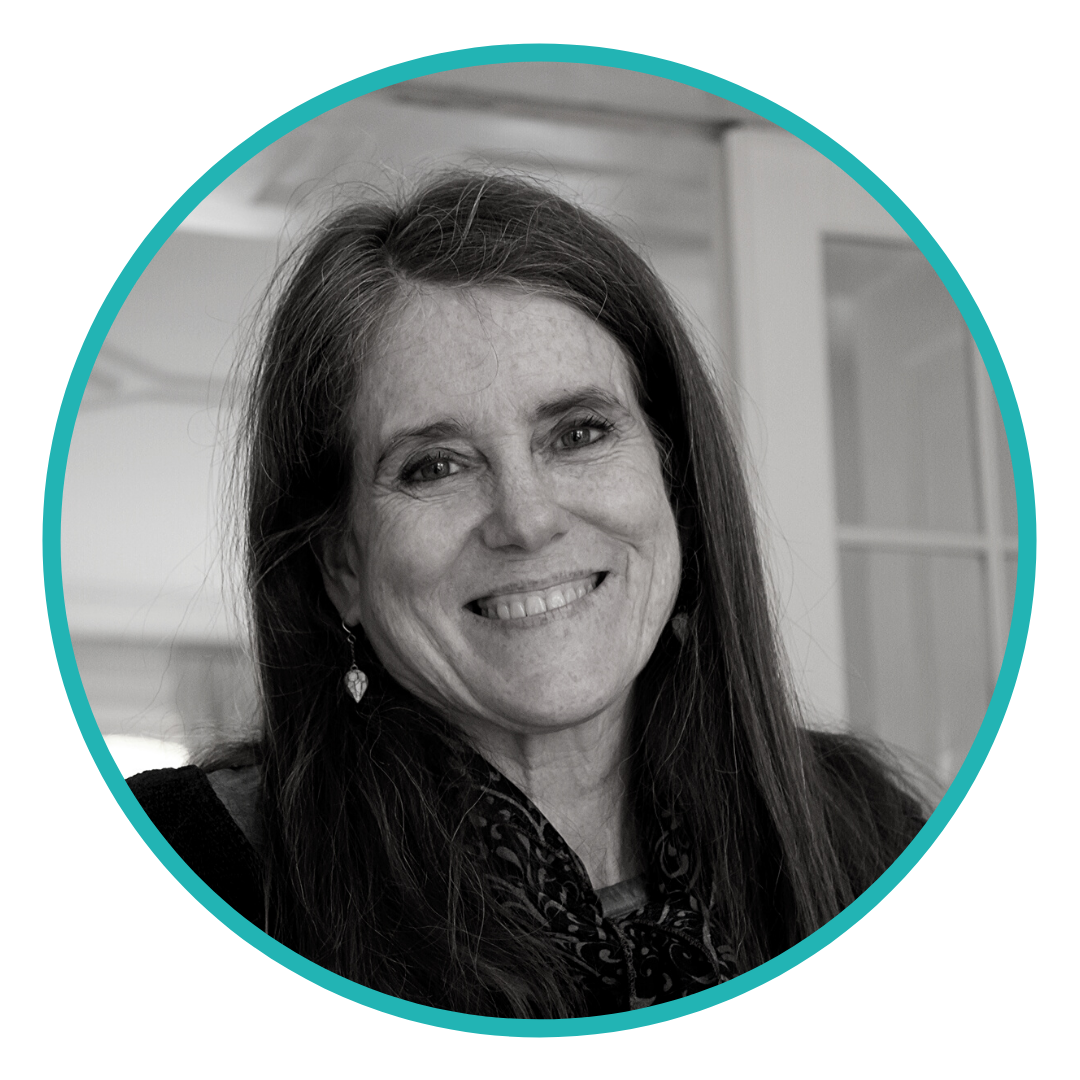 In 2003 she co-founded the Amsterdam-based Varda Group consultancy providing campaign, communications, organizational and strategic advice to a wide range of NGOs, IGOs and philanthropic organizations. She served as Executive Director of the Global Call for Climate Action (GCCA) from 2009-2014, an alliance of several hundred organizations working to achieve a strong U.N. climate agreement which culminated with the Paris Agreement. She also led the Deep Sea Conservation Coalition for five years, campaigning for a UN General Assembly moratorium on high seas bottom trawling.

She has lived in Amsterdam since 1989 with her husband, the late Steve Sawyer. 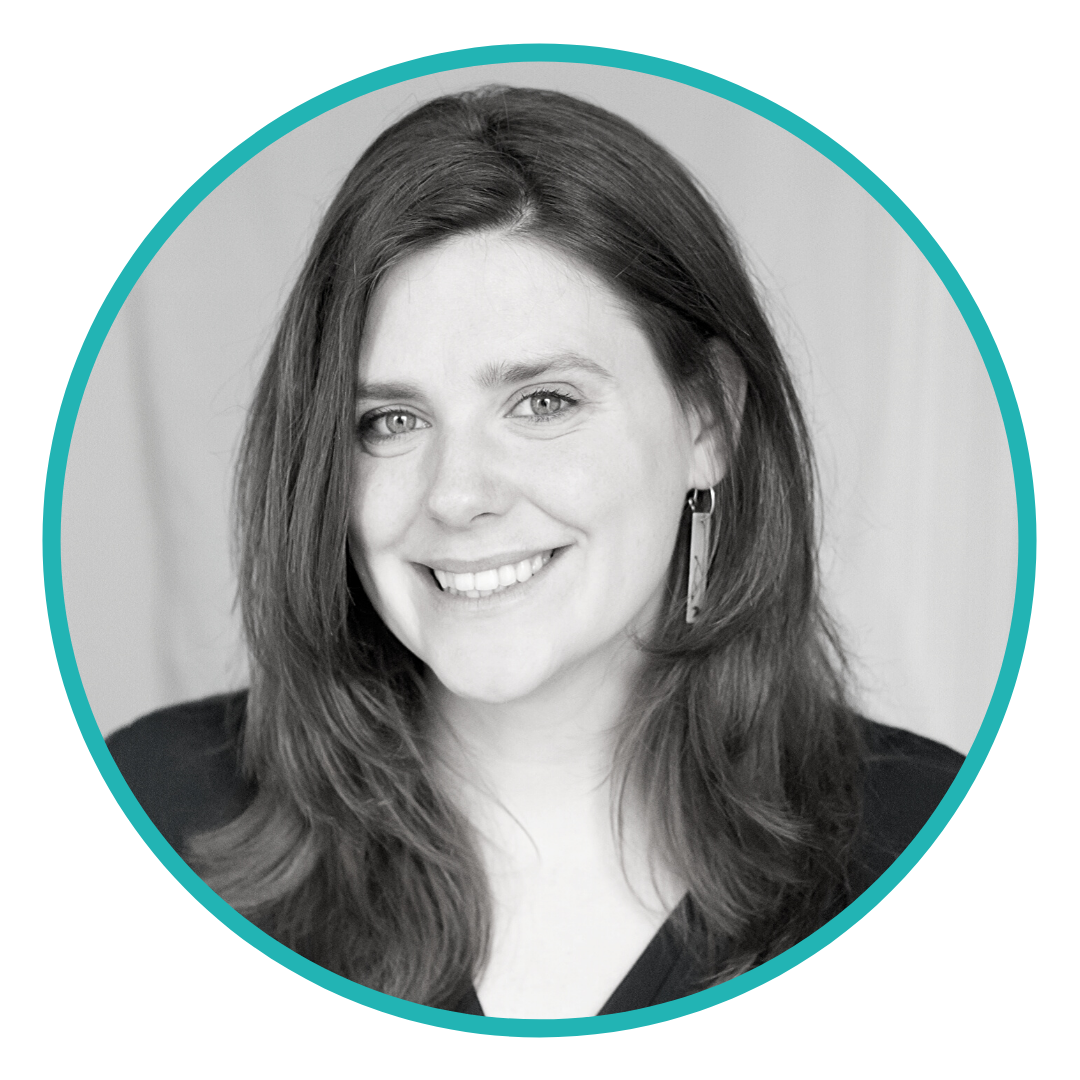 Layla Sawyer is Head of Operations and Business Development at smartEn, the European business association integrating the decentralized solutions of the clean energy transition, where she works on flexibility, digitalisation and the future of prosumer models. Previously she worked at a national climate NGOs in the Netherlands, advocating for more urgency in the Dutch energy transition, and she spent a year in the Philippines working for a social investment fund specialized in climate resilient enterprises.

She studied Sustainable Business and Innovation at the University of Utrecht, with a special focus on energy and material transitions and p2p energy trading. 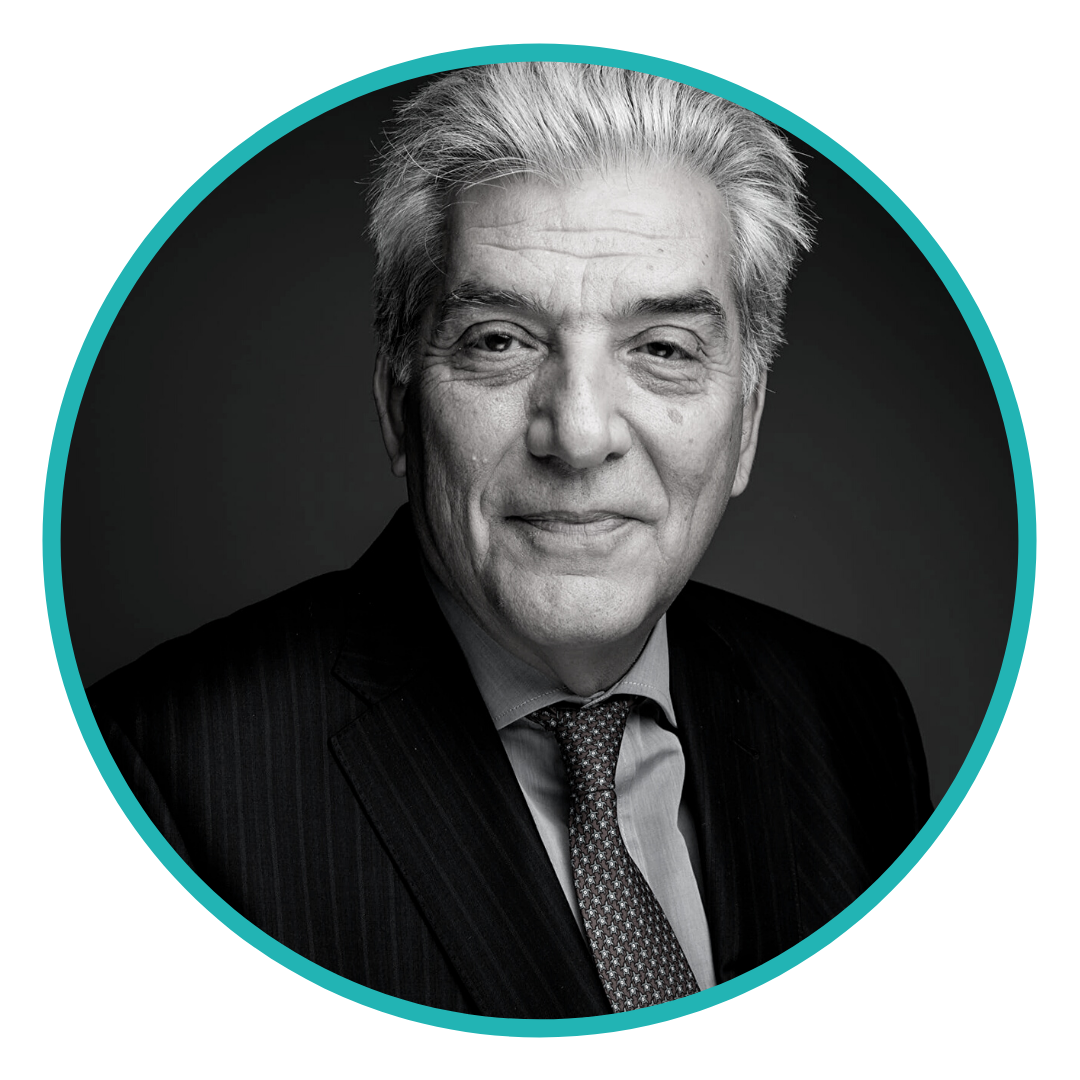 Arthouros Zervos is the President of the Renewable Energy Policy Network for the 21st Century (REN21) since 2013. He is a Professor Emeritus at the National Technical University of Athens. He has been Chairman and CEO of the Greek electricity utility Public Power Corporation (PPC) as well as Chairman of the PPC Renewables, both from 2009 to 2015.

He has more than 35 years of high level expertise in policy, science, research and technology across the renewable energy sector. He led key European and International renewable energy bodies and has acted as policy advisor to Governments, EU bodies and policy fora.He has been President of the European Wind Energy Association (EWEA) from 2001 to 2013, President of the European Renewable Energy Council (EREC) from 2000 to 2012 and President of the Global Wind Energy Council (GWEC) from 2005 to 2010. In 2013 he received the “Poul La Cour” prize for outstanding achievement in wind energy. He was the lead author of the White Paper on Renewable Sources of Energy for the EC in 1997.

He is a graduate of Princeton University with a Bachelor and Master Degrees of Science in Engineering as well as a Ph.D. Degree from the Université P. et M. Curie (Paris 6). 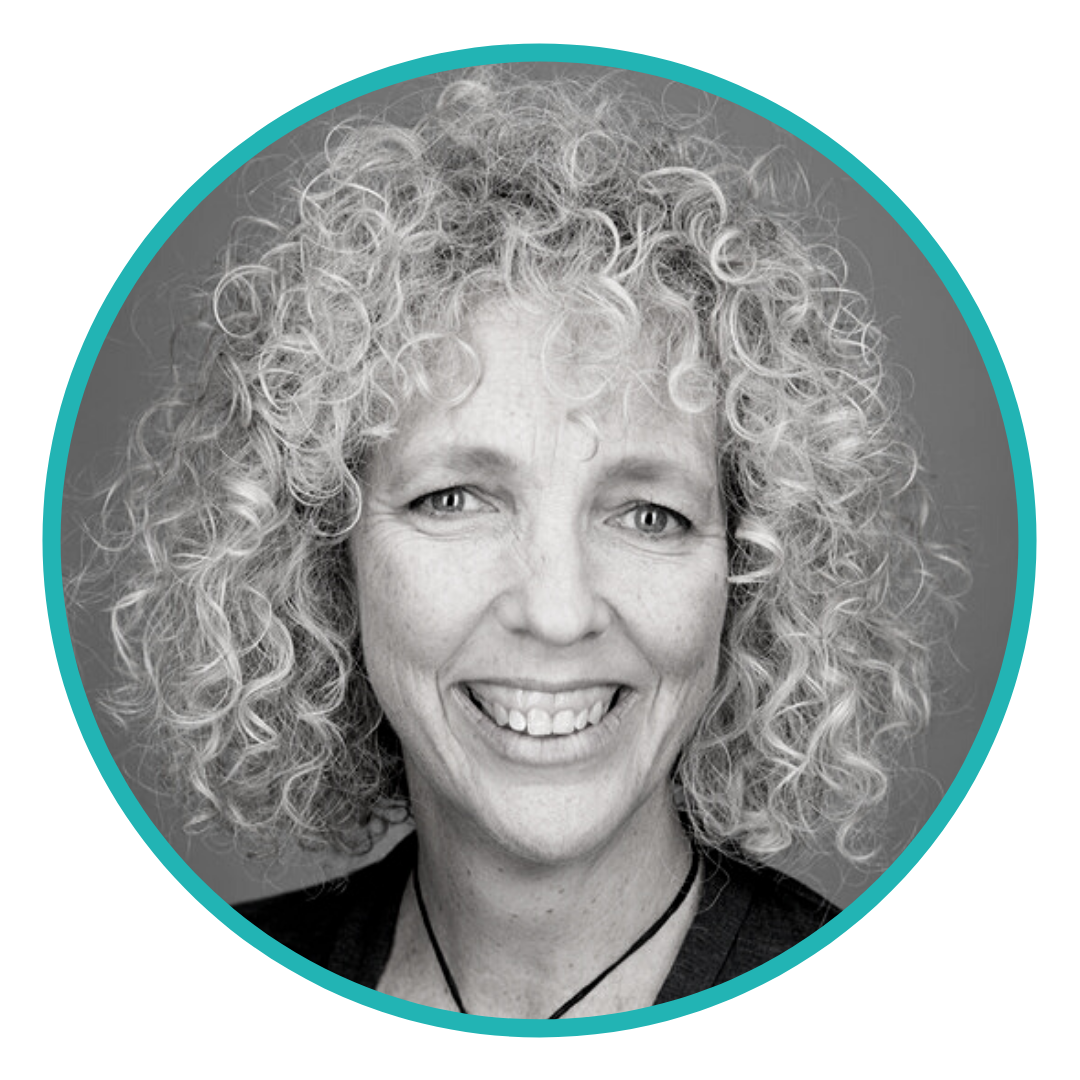 As the Global Director of the Climate Program at the World Resources Institute (WRI), Jennifer oversaw the Institute’s work on climate change issues and guided the WRI strategy in helping countries, governments and individuals take positive action toward achieving a zero-carbon future. She was responsible for day-to-day management of the 60+ person programme, and worked closely with the WRI China, India, Brazil and Indonesia offices. In addition, Jennifer was WRI’s lead representative at international climate meetings, including the UNFCCC negotiations. She has published on international climate policy issues. 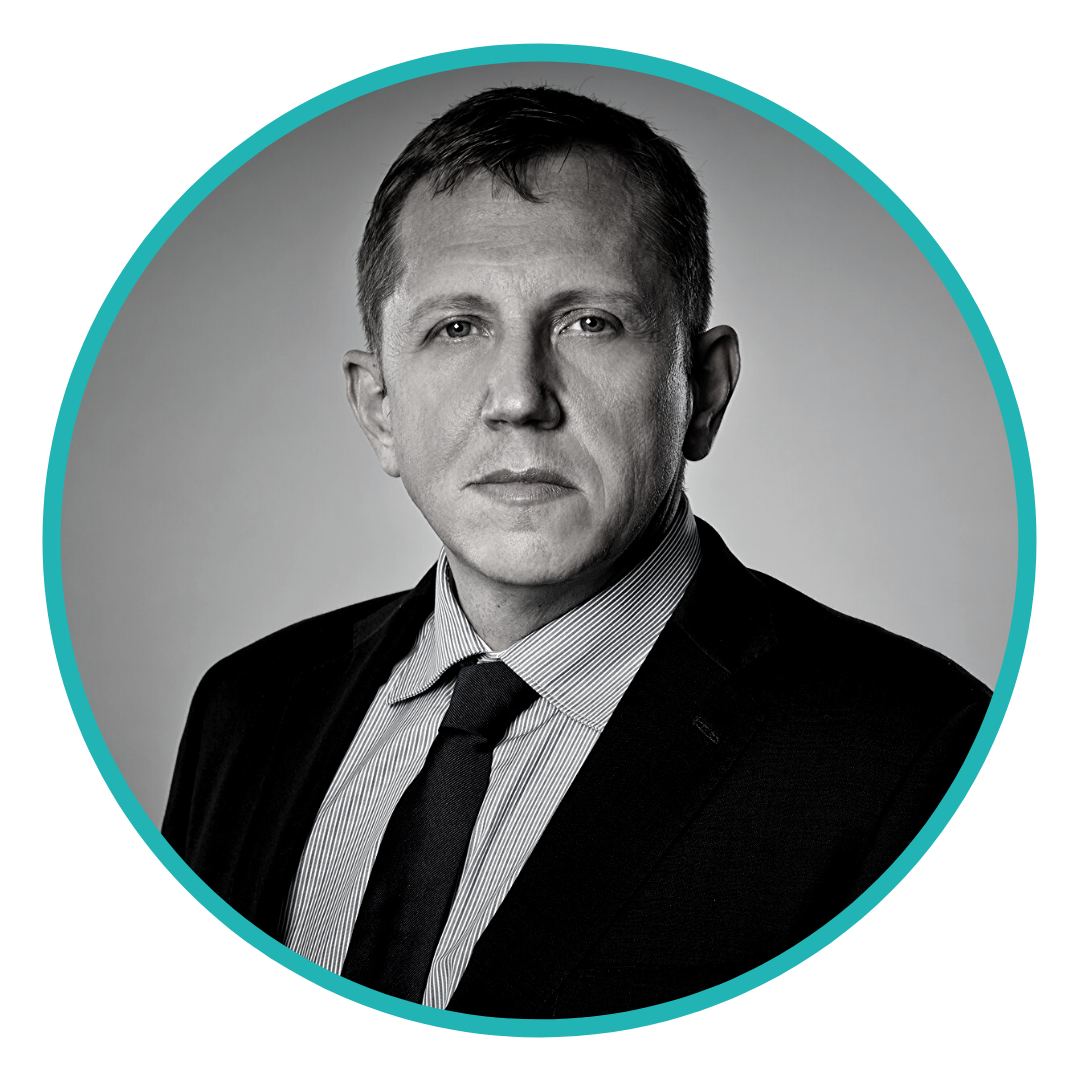 Ben Backwell is a leading commentator and strategist in the renewable energy sector. Prior to joining GWEC, he was a Managing Director at FTI Consulting, one of the world’s largest advisory firms, advising companies in the clean energy sector on strategy, communications, and government affairs, including work on a number of major M&A transactions.

Previously, Ben worked as a journalist and analyst for 20 years, covering energy policy and markets around the world. He helped design the SolutionWind campaign for the European Wind Energy Association (now WindEurope) ahead of COP21 in 2015, before joining FTI Consulting. He has taken part in the work of a number of industry organizations, including the board of GWEC, the IRENA Business and Investor Group, the IEA’s Renewable Energy Industry Advisory Board, Solar Power Europe, and others. He is a frequent speaker and moderator at international conferences.

Ben is the author of two books on the wind industry as well as a number of reports and white papers on power markets and policy frameworks. His book Wind Power, the struggle for control of a new global industry,” (Routledge 2015, 2nd Revised Edition 2017) has been described as the “definitive” story of the global wind industry. He holds an MSc in Political Science from the Institute of Latin American Studies, University of London and speaks Spanish and Portuguese as well as his native English.

A Tribute to Steve Sawyer: 'We've won many battles, but we're still losing the war to save the planet'.

GWEC's call for action: 'We need to be installing 100GW a year. Now'