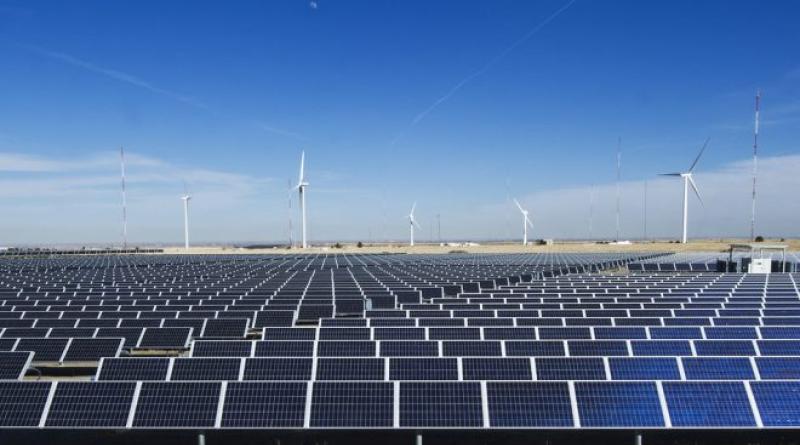 The plummeting cost of solar and wind farms, coupled with government policies driving faster electrification, has cut the cost of reaching global climate goals by US$15 trillion in the last year, concludes a report issued this week by the International Renewable Energy Agency (IRENA).

In the second in its series of Global Energy Transformation reports, IRENA asserts that countries can shave up to $160 trillion through 2050 in “health, subsidy, and climate-related savings”, including $10 trillion just by reducing fossil fuel subsidies, and that every dollar invested in the post-carbon energy transition will deliver a payoff of $3 to $7.

And apart from becoming stunningly afordable, speeding up “climate-safe solutions” will also cost less in economic terms (not to mention human and ecological impacts) than letting the impacts of climate inaction add up, IRENA reports.

“Based on IRENA’s analysis, energy-related carbon dioxide (CO2) emission reductions would have to decline 70% by 2050, compared to current levels, to meet climate goals,” the Abu Dhabi-based agency states in a release. But “a large-scale shift to electricity from renewables could deliver 60% of those reductions; 75% if renewables for heating and transport are factored in; and 90% with ramped-up energy efficiency.”

With electricity as the world’s dominant energy carrier, “global power supply could more than double,” IRENA adds. “Renewable sources, including solar and wind, could meet 86% of power demand.” That shift would increase global GDP 2.5% and employment 0.2% by 2050, creating more jobs than would be lost in declining fossil industries. With prevented climate impacts factored in, the GDP gain increases to more than 5%.

The report lays out six areas where rapid action will be needed to turn the potential into reality, including national and international action; increased investment in renewables, energy efficiency, and enabling infrastructure; accelerated electrification of transport and heating; a greater emphasis on the “circular economy” practices of reuse and recycle; and “systemic innovation” to introduce decentralized, flexible energy systems.