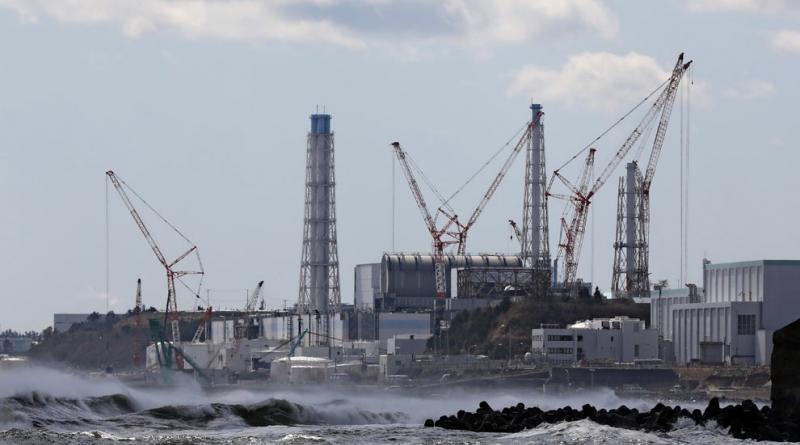 Plans to release over a million tonnes of water into the sea ‘will have serious, long-term consequences’ environmental group says.

Contaminated water from the Fukushima nuclear plant in Japan contains “dangerous levels” of radioactive substances which have the “potential to damage human DNA”, according to a report by Greenpeace.

The Stemming the Tide 2020 report by the organisation, warns of the presence of radioactive isotopes Strontium-90 and Carbon-14 in the water, and comes as the Japanese government decides whether it will go ahead with current plans to release the “treated” liquid into the sea.

More than a million tonnes of water remains on the Fukushima site, and the Japanese government has debated for years over how to dispose of the waste.

Fishing groups and environmentalists have raised concerns over the release of the radioactive waste, but some scientists have deemed the risk to the area as being low.

The liquid at Fukushima includes water used to cool the nuclear power plant before it was devastated by the huge tsunami which followed a magnitude 9.0 earthquake in 2011.

The release of the water from the site to the ocean would start next year at the earliest, with the waste further diluted before being allowed into the sea over a 30-year period.

But the Greenpeace report states: “It is a move that will have serious, long-term consequences for communities and the environment, locally and much further afield.”

The report accuses the Japanese government and the Tokyo Electric Power Company (TEP - CO), which has responsibility for the Fukushima site, of having “constructed a series of myths to support their plan”.

Greenpeace said these include: “That by 2022, there will be no further space for storage of the water; the water is not contaminated – radioactive tritium is the only radionuclide in the water and it is harmless; and there are no alternatives to discharging the water into the ocean.”

But the report says the statements are “untrue”.

Greenpeace said: “The radioactive isotope carbon-14 has a half life of 5,370 years. As a result it persists in the environment over thousands of years and is incorporated into all living matter. It concentrates in fish at a level thousands of times higher than tritium. Carbon-14 is especially important as a major contributor to collective human radiation dose and has the potential to damage human DNA.”

Last week the Japanese government postponed a decision on what to do with the water.

Industry Minister Hiroshi Kajiyama said: “In order to avoid the delay in the decommission process of Fukushima Daiichi, we need to make a decision how to deal with the processed water that increases every day,” but he also acknowledged the Japanese authorities needed to address the “voices of concern”.

Shaun Burnie, author of the report and senior nuclear specialist with Greenpeace Germany said: “Nearly ten years after the start of the disaster, TEPCO and the Japanese government are still covering up the scale of the crisis at Fukushima Daiichi.

“They have deliberately held back for years detailed information on the radioactive material in the contaminated water. They have failed to explain to the citizens of Fukushima, wider Japan and to neighboring countries such as South Korea and China that the contaminated water to be dumped into the Pacific Ocean contains dangerous levels of carbon-14.”

He added: “These, together with other radionuclides in the water will remain hazardous for thousands of years with the potential to cause genetic damage. It’s one more reason why these plans have to be abandoned.”

Greenpeace is urging the Japanese authorities to store the contaminated water and continue to treat it.

The delay on announcing whether to go ahead with the release of the water into the ocean comes as Japan’s government has unexpectedly turned its attention to the climate crisis.

New prime minister Yoshihide Suga is to announce the country will reach net-zero emissions by 2050, bringing its environmental ambitions in line with the EU and many other countries.