A pursuit of profit over our environment 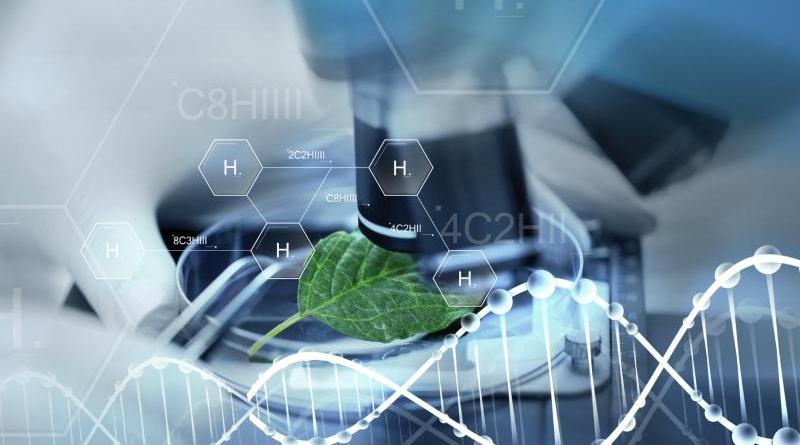 The effects of ICE vehicles on climate change date back to 1977 but today we have to live with the alarming stats of increasing climate change and its impact in our communities.

We keep hearing about climate change this, climate change that, but what is climate change really, and more importantly what are its effects on everyday life? Climate change refers to long-term shifts in temperature and weather patterns. This shift may be natural but over the last one hundred years human activities have been driving this change rapidly.

The biggest culprit has been the burning of fossil fuels like coal, oil and natural gas and as a result, carbon dioxide, methane and nitrous oxide have been released into the atmosphere.

Collectively, these three gases are known as greenhouse gases due to their effects on the atmosphere. The name” greenhouse gases” comes from the fact that these gases absorb radiation which is supposed to leave earth, in effect turning the planet into a microwave.

These effects are where it gets a bit frightening. We all remember the water cycle from our science class, where water evaporates from the earth’s surface, cools, condenses and then falls as precipitation (rain, snow)?

Climate change is all about the changing of this cycle. For every one degree rise in temperature, 7% more moisture is absorbed into the atmosphere resulting in more violent water events. Floods witnessed in Western Europe last year in July, which caused damages worth $40 billion in Germany alone are an example of such extreme events.

A further effect of climate change is infrequent rainfall which in my opinion is much worse. Currently in Kenya we are in the middle of a drought, rains have failed for two seasons. This has resulted in a 70% drop in crop production.

This is catastrophic to say the least. We have communities living in arid areas who basically have not grown any food for the last two years. What about the young children in these communities? How can study, let alone go to school, on a hungry stomach? They are the most vulnerable and most affected by climate change.

What are the biggest emitters for Kenya?

As stated earlier the biggest contributor to greenhouse gas emissions is the burning of fossil fuels which occur to satisfy a number of our needs. Chief among them is the generation of electricity and heat. Some electricity plants have coal and diesel as their primary raw materials. In Europe and the West we have freezing conditions that necessitate the use of natural gas to heat their homes.

For almost every country in the world, these two uses are the number one generators of greenhouse gas emissions. For Kenya it’s a bit different, there are times we can generate up to 92% of our energy needs from renewable sources of energy. There are very few countries that can say the same. This then leaves the question – which sectors are the biggest emitters for Kenya?

Globally, after energy production, the biggest greenhouse gas emissions come from manufacturing, construction and transport.  Of these three, transport is the most visible. Every vehicle on the road is releasing fumes as it moves. While reports show that some oil companies knew of these effects on the climate as far back as 1977, we cannot continue to bury our heads in the sand.

A pursuit of profit over the environment

What’s worse is the continued pursuit of profit over the environment and our collective futures. Many countries have put standards on the amount of carbon dioxide a car can produce. Both the EU and the US introduced such standards in 2009. One of the biggest car makers in the world then turned around and cheated on these standards.

In what is now commonly known as “dieselgate”, the manufacturer embedded a software which would reduce emissions when the car was being tested but would then allow under normal driving conditions up to 40 times the limit set by the respective governments.

When this was discovered there were a lot of ramifications for the company, some of which included arrests of top officials and huge fines. This shows that regulators and policy makers can have a big effect on companies and how sustainable they can be.

A report in Georgia, US found that there was a direct correlation between having old diesel engines in school buses and exam results of students. Air quality is a serious topic and its effects cannot be stressed enough. If you were to take this study as evidence, then what are students in Africa missing out on due to the emissions from old cars?

How air quality is affecting our environment and communities?

Related to air quality is a movie called Coroner, considered quite controversial, where a coroner in the UK investigates Ella Adoo-Kissi-Debrah’s death. Pollution was a factor in her death. Ella had severe asthma which was made worse by living a walking distance from one of London’s busiest roads.

This is very sad – she was nine years old. Whenever I read this story I can’t help but think about the numerous Ellas in Africa. We do not have enough regulatory frameworks to even begin to enforce emissions from cars. How many underage African children are suffering the effects of air pollution from motor vehicles?

Apart from just motor vehicles emissions, kids in Africa have to contend with charcoal, firewood and kerosene as sources of fuel for cooking. These sources release a lot of harmful greenhouse gases and furthermore are very detrimental to their health. Lighting used to be an issue but for the major part has been solved by technology such as small solar lanterns.

This shows that technologies such as clean cooking stoves, briquettes and in my opinion the biggest one yet, electric vehicles, can solve a lot of these problems. More so in Kenya as we saw above the majority of our greenhouse gas emissions comes from the transport sector.

The Kenyan government has set a target of having 5% of all registered vehicles to be electric by 2025. This is an ambitious plan but what are they doing to back it up? The industry players came up with a raft of proposals in order to hasten the adoption of electric vehicles in the country.

A lot of these recommendations that are actually borrowed from Rwanda and Kenya should not lose their place regionally as the pacesetter for all matters green. In Rwanda there is zero VAT on sales of electric vehicles, zero VAT on import of batteries and all electric vehicle components and finally a tariff of approximately 10 Kshs per KWH for electric vehicle charging. Most government agencies were willing to support the change.

The Energy and Petroleum Regulatory Authority (EPRA) are in the process of looking at special tariffs for electric vehicle charging, Kenya Power is looking to set up charging stations and finally a number of ministries are seeing this as a means to implement a lot of social good.

The future is electric!

Apart from the health benefits and reduction of greenhouse gas emissions, the operating costs to own an electric vehicle are worth it.  In a continent where cost is the number one factor (or the only factor) and as witnessed by the fuel crisis in recent months, the electric vehicle gives us a unique opportunity.

Now, a first generation Nissan leaf will go roughly 100km on a full charge. To fill the battery up would cost you 576 kshs (24 kshs per KWH) while a comparable Nissan tiida will use 980kshs (7 litres /100km, 140kshs per litre). That’s a saving of 404 kshs. What’s more impressive is the maintenance cost.

Drive electric, a company in Kenya, has driven a leaf for over 70,000kms and have not heard of any maintenance issues. In electric vehicles there are no oil filters, engine oil and the rest of it which need periodic change. The total cost of ownership for electric vehicles is thus much cheaper than normal cars.

The next question is usually where will you charge? A company in Namibia has sold more than 50 Nissan leafs to clients without installing any charging equipment. The fact that most people use a daily commute of a maximum of 60Kms to and from work, (going to town is 22kms, going on the outskirts of Nairobi) shows that most people will rarely need to charge the car on a daily basis. Everything that can make electric vehicles a reality is ready.

Let’s embrace this new technology for the betterment of all our futures especially for our youngest ones.

John Msingo is the Marketing Manager of Knights Energy Ltd – a solar engineering, procurement and construction company with projects across Kenya, Uganda and Tanzania. He is also a moderator of African EV – a nonprofit whose mission is to accelerate the adoption of EVs in Africa by policy advocacy, awareness creation and linking industry players in the value chain.

Africa solar energy output on the up and up