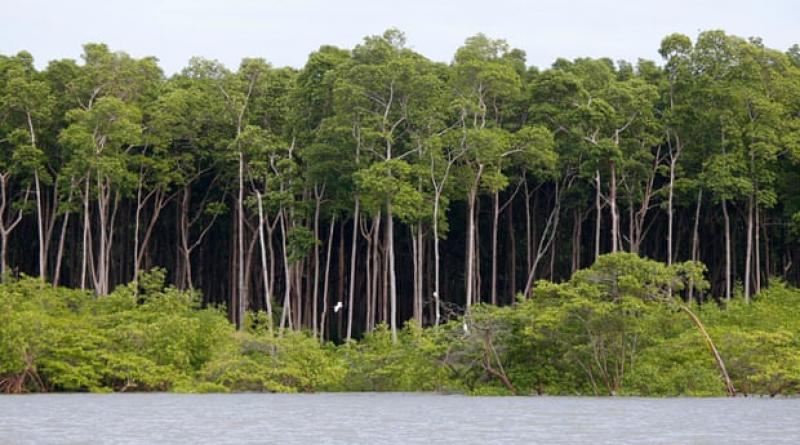 Nearly a third of the world’s oceans and land area could be placed under environmental protections without harming the global economy, and even produce bumper economic benefits if the right policies were followed, according to a global assessment.

Ecosystems around the world are collapsing or hovering on the brink of disaster, with a million species threatened with extinction. But if at least 30% of the planet’s land and oceans were subject to conservation efforts, that mass extinction could be avoided and vital habitats restored, scientists estimate.

The report, from the Campaign for Nature charity, found about $140bn (£110bn) a year would be required by 2030 to place 30% of land and sea under protection.

Anthony Waldron, the report’s lead author, said: “Our report shows that protection in today’s economy brings in more revenue than the alternative and adds revenue to agriculture and forestry, while helping prevent climate change, water crises, biodiversity loss and disease. Increasing nature protection is sound policy for governments juggling multiple interests. You cannot put a price tag on nature, but the economic numbers point to its protection.”

Such a target would require a doubling of the area of land under protection, which is roughly 15% of land globally, and more than a quadrupling of marine protected areas, which make up only 7% of the oceans currently. About $24bn is spent annually around the world on nature-protected areas.

With land and seas under fierce commercial pressure from agriculture, fishing and extractive industries, protecting nature has conventionally been seen as an economic cost.

The new assessment turns the conventional analysis on its head, showing that nature conservation is in fact a net contributor to the global economy, not a drain.

Achieving the target of 30% protection would lead to increased economic output of between $64bn and $454bn a year, the report found, depending on which areas were subject to conservation efforts, as well as generating other benefits.

“There is a large financial return if we protect 30% of terrestrial and marine nature,” said Thomas Lovejoy, a professor of environmental science at George Mason University in Virginia, US. “Protecting the goose does indeed produce golden eggs.”

Restoring nature is increasingly being seen as vital to tackling both the causes and impacts of climate breakdown, providing long-term protections against the effects of extreme weather such as flooding, storms and drought. Coastalmangrove swamps and coral reefs, for instance, have been destroyed over decades but when restored they provide valuable protection from floods and storm surges, as well as acting as nurseries for young fish.

The report found that protecting forests and mangroves would reduce the economic losses from the climate crisis and other harms by $170bn to $534bn a year by 2050.

Protecting land can produce benefits in the surrounding areas, such as vegetation reducing air pollution, and river systems providing clean water, as well as liveable habitats for numerous wild species. Nature conservation is projected to provide economic growth of 4-6% a year, compared with 1% a year for agriculture, fisheries and forestry, after the coronavirus pandemic subsides.

Fisheries provide another example of how natural protection can work in practice and produce economic as well as environmental benefits. Areas of seacan be declared off-limits to fishing, oil drilling and other extractive industries, and left alone for fish populations to recover. While there is an economic shock in the short term to fishing fleets that had used the protected areas, within a few years fish populations can usually bounce back, creating long-term sustainable stocks that can also benefit surrounding areas.

Many of the benefits of restoring nature are less tangible, but no less real. For instance, a growing body of research has connected people’s contact with nature with improvements in their physical wellbeing and mental outlook. The Campaign for Nature report cites a recent study that put the economic value of protected areas based on the improved mental health of visitors at $6tn a year.

Jamison Ervin of the UN Development Programme said that as nature provides about $125tn in assets to humanity, the cost of protecting 30% of the planet was cheap by comparison. “The benefits to humanity are incalculable and the cost of inaction is unthinkable. This report unequivocally tells us that the time to finance nature, for people and for planet, is now.”

In best-case reforestation scenario, trees could remove most of the carbon humans have added to the atmosphere.