Pollution could be sucking the youth out of you, quite literally. 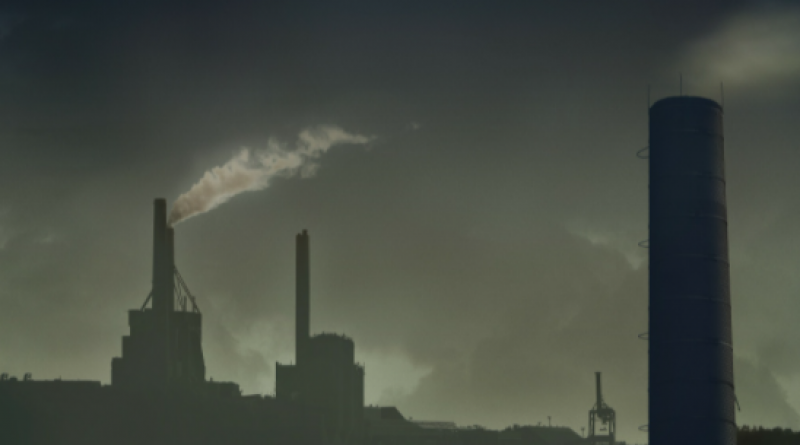 Our messy ways were bound to catch up to us at some point.

Exposure to pollution in all its forms could be making us age faster, according to new research.

Our everyday exposure to UV rays, ozone, cigarette smoke, industrial chemicals, and other pollutants might be even more damaging than we’ve believed. Such factors can lead to the production of free radicals in our bodies, highly reactive chemical molecules that damage tissues or DNA. A new study from West Virginia University, in collaboration with the University of Minnesota, reports that unrepaired DNA damage incurred from these radicals can cause us to age faster.

From their research on aging and cell damage in animals, the team is confident in the effect pollution could have on these factors in humans.

“By the time [a genetically-modified mouse used in the study] is 5 months old, it’s like a 2-year-old mouse,” said Eric Kelley, associate professor and associate chair of research in the School of Medicine’s Department of Physiology and Pharmacology.

“It has all the symptoms and physical characteristics. It has hearing loss, osteoporosis, renal dysfunction, visual impairment, hypertension, as well as other age-related issues. It’s prematurely aged just because it has lost its ability to repair its DNA.”

Kelley and his team used genetically modified mice for their study. These animals had the data encoding a certain protein removed from their hematopoietic stem cells, undifferentiated immune cells that later mature into white blood cells. This protein is a key DNA-repairing component in the mammalian body, and without it, the team could observe what effects their ever-decaying DNA strands would cause to the mice’s cells.

In rough terms, the team explains, a 2-year-old mouse is about as old as a human in their late 70s to early 80s.

These genetically engineered mice showed more markers of senescence (aging), cell damage, and oxidation in their immune cells compared to control mice. However, The damage extended beyond the immune system, with the experimental mice showing aged and damaged cells in organs including the liver and kidneys. This, they note, suggests that unrepaired DNA damage can lead to premature aging throughout an individual’s body.

The oxidation damage observed is largely due to the action of free radicals. There are two main ways that free radicals make their way into our bodies. The first is unavoidable — oxidative phosphorylation. It’s basically what happens after digestion, the step in which food is actually oxidized in our cells to produce energy. Without it, we couldn’t be alive. However, pollution can also introduce these bad chemicals.

Chemical pollutants such as smoke from exhaust or cigarettes can lead to the formation of free radicals inside the body through the interactions they have with chemicals and tissues. Additionally, radiation treatments like those used against cancer can transfer energy to the water molecules in our body, which can break apart into free radicals.

Our bodies do have tools on hand to limit the effects of these free radicals, but nowhere near enough to resist the pollution levels we’re seeing today.

“A cigarette has over 10 to the 16th free radicals per puff, just from combusted carbon materials,” Kelley said. “We have mechanisms in the mitochondria that mop free radicals up for us, but if they become overwhelmed — if we have over-nutrition, if we eat too much junk, if we smoke — the defense mechanism absolutely cannot keep up”.

Furthermore, as we age, these defenses become less and less effective, as our bodies wear out. Eventually, invariably, the oxidants gain the upper hand, the damage they cause starts outweighing our bodies’ repair capacity. Many of the characteristics associated with aging are caused by this. But, the team proposes, if we’re exposed to more pollutants, and accumulate a greater level of free radicals in the body, that aging will take place sooner.

“I come from an Appalachian background,” Kelley said. “And, you know, I’d go to funerals that were in some old house — an in-the-living-room-with-a-casket kind of deal — and I’d look at people in there, and they’d be 39 or 42 and look like they were 80 because of their occupation and their nutrition.”

“The impact is less on lifespan and more on healthspan,” he adds. “If you could get people better access to healthcare, better education, easier ways for them to participate in healthier eating and a healthier lifestyle, then you could improve the overall economic burden on the population of West Virginia and have a much better outcome all the way around.”

Although we have a few pharmaceutical options to deal with free radicals, the team says it’s best to prevent their accumulation in the first place, mainly through lifestyle changes.

The paper “An aged immune system drives senescence and ageing of solid organs” has been published in the journal Nature.