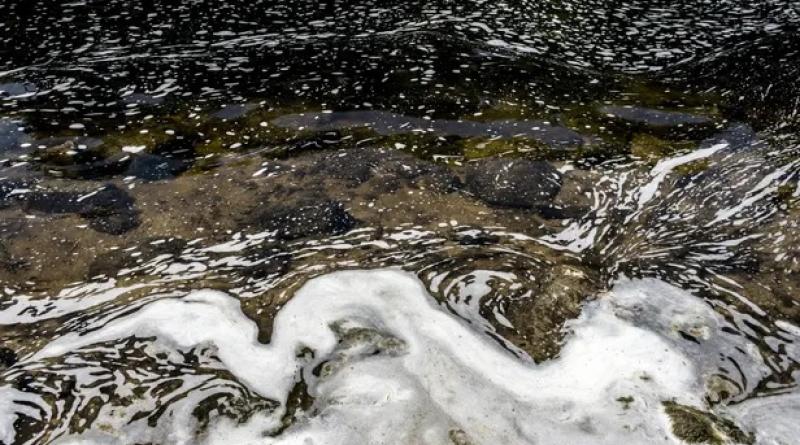 The Stockholm University study highlights the chemicals’ mobility, which has been found in penguin eggs and polar bears

Toxic PFAS “forever chemicals” in the ocean are transported from seawater to air when waves hit the beach and that phenomenon represents a significant source of air pollution, a new study from Stockholm University has found.

The findings, published in Environmental Science & Technology, also partly explain how PFAS get into the atmosphere and eventually precipitation. The study, which collected samples from two Norwegian sites, also concludes that the pollution “may impact large areas of inland Europe and other continents, in addition to coastal areas”.

“The results are fascinating but at the same time concerning,” said Bo Sha, a Stockholm University researcher and study co-author.

PFAS are a class of chemicals used across dozens of industries to make products water, stain and heat resistant. Though the compounds are highly effective, they are also linked to cancer, kidney disease, birth defects, decreased immunity, liver problems and a range of other serious diseases.

The study highlights the chemicals’ mobility once they’re released into the environment: PFAS don’t naturally break down, so they continuously move through the ground, water and air and their longevity in the environment has led them to be dubbed “forever chemicals”. They have been detected in all corners of the globe, from penguin eggs in Antarctica to polar bears in the Arctic.

The Stockholm research team collected aerosol samples between 2018 and 2020 from Andøya, an Arctic island, and Birkenes, a city in southern Norway. It found correlating levels of PFAS and sodium ions, which are markers of sea spray. The chemicals’ transfer occurs when air bubbles burst as waves crash, and the study found that PFAS can travel thousands of kilometers via sea spray in the atmosphere before the chemicals return to land.

Some regulators and the chemical industry have long claimed that dumping PFAS into the ocean is an appropriate disposal method because it dilutes the waste to a safe level. The study concluded that the approach isn’t safe because the chemicals are returned to land, which can pollute drinking water sources, among other issues.

“The common belief was that PFAS would eventually wash off into the oceans where they would stay to be diluted over the timescale of decades,” said Matthew Salter, a co-author of the study and researcher at Stockholm University. “But it turns out that there’s a boomerang effect, and some of the toxic PFAS are re-emitted to air, transported long distances and then deposited back onto land.”