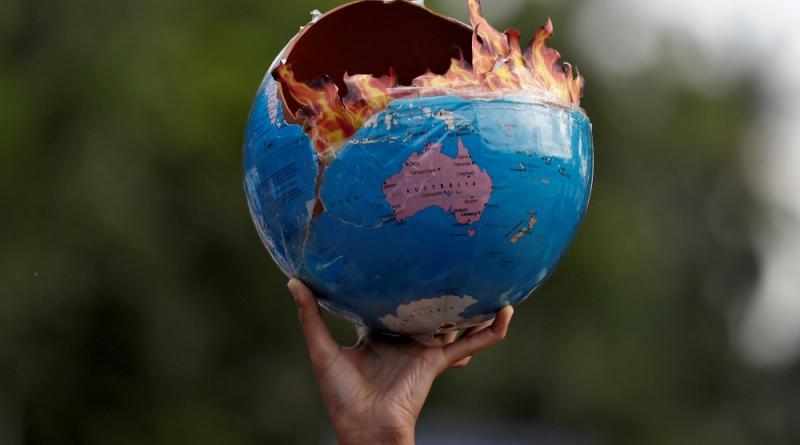 Less than half of countries that committed to strengthening their climate action targets in 2020 did so by the end of last year, as the pandemic slowed climate diplomacy and efforts to update national plans, a developing-nation group said on Friday.

A tracker run by the Climate Vulnerable Forum showed 73 nations submitted revised climate plans to the United Nations, meeting a 2020 deadline under the Paris Agreement to tackle global warming.

That was about 45 per cent of the 160 nations that had earlier said they intended to submit plans - called nationally determined contributions - last year.

Of those that filed updated plans, 69 made more ambitious climate commitments, either to step up efforts to cut planet-heating emissions, adapt to more extreme weather and rising seas, or both.

They included Britain, European Union nations, many Latin American governments and some small island states, as well as a handful of African and South-East Asian countries.

Saleemul Huq, a Bangladeshi academic who chairs the CVF's expert advisory group, said the low number of 2020 submissions showed the 2015 Paris accord - which stipulates national plans should be strengthened every five years - had "failed its first and most important test".

He urged governments to show "real climate ambition that communities will benefit from" in 2021 as their economies start to recover from the COVID-19 crisis.

The 57 countries that in 2020 submitted stronger targets to cut their climate-changing emissions accounted for just 13 per cent of global emissions, the CVF said.

The 66 countries that committed to do more to adapt to a warmer planet, meanwhile, are home to 1.67 billion people, just over a fifth of the global population of 7.8 billion, it said.

"I think we have seen the process get started, but then there is a huge amount to be done this year," said David Waskow, director of the international climate initiative at the World Resources Institute.

Before the global upheaval caused by the coronavirus crisis, 190 countries that submitted climate action plans under the Paris accord were due to revise those contributions in 2020, to ensure they added up to meeting the goals of the agreement.

But the world has already heated up by just over one degree and is on track for at least three degrees of warming this century, the United Nations has said - a clear sign more ambition is needed.

Lockdowns due to the pandemic forced the British hosts of the 2020 annual UN climate summit, known as COP26, to postpone it. The talks are now set to take place in November, 2021.

The delay, combined with uncertainty over US climate action, after President Donald Trump pulled his country out of the Paris deal, has caused some countries, including China and other big emitters, to hold back on finalising their own plans.

Britain and countries in the European Union, however, did in December commit to stronger emissions reductions targets for 2030, Waskow noted.

"They have raised the bar and shown what it is that major economies - and especially developed countries...need to do," Waskow told the Thomson Reuters Foundation.

US President-elect Joe Biden takes office later this month and has vowed to swiftly rejoin the Paris accord and convene leaders of major emitting countries during his first 100 days in office, to push for more ambitious climate pledges.

Poorest step up
Anna Schulz, head of the global climate law, policy and governance programme at the London-based International Institute for Environment and Development, noted eight out of the world's 46 poorest countries submitted stronger climate plans by 2020.

A further 11 are expected to do so soon, despite technical and financial barriers worsened by the pandemic, she said.

The plans completed so far, by Cambodia, Ethiopia, Senegal, Rwanda, Nepal and other countries, contain "really exciting increases" in planned emissions cuts, either overall or by including new economic sectors and activities, she added.

"This is, of course, despite the fact that they are the most vulnerable to climate change and the least responsible" for it, she said, noting the least-developed countries want to lead by example and do their part to meet the 1.5 degrees warming goal.

They are also raising their game on adaptation, she noted, with Nepal, for example, helping local governments come up with tailored plans for their regions.

Zambia outlined measures to protect its six watersheds, make better use of its water and promote climate-smart farming to boost food security.

Bangladesh, meanwhile, cited its "Delta Plan 2100", which aims to tackle flood and drought risks in hotspots along its major rivers and coastlines.

Patrick Verkooijen, CEO of the Netherlands-based Global Center on Adaptation, said the fact that more countries had so far improved targets to build climate resilience than set goals for deeper emissions cuts showed "governments are more serious about adaptation than ever before".

"The climate emergency has clearly arrived," he said.

His organisation is convening a virtual global summit on adaptation on 25th to 26th January, to galvanise high-level political will - and funding - to expand efforts to help people adjust to worsening floods, droughts and storms, and rising sea levels.