Opinion: How to ensure a green road ahead for Africa. 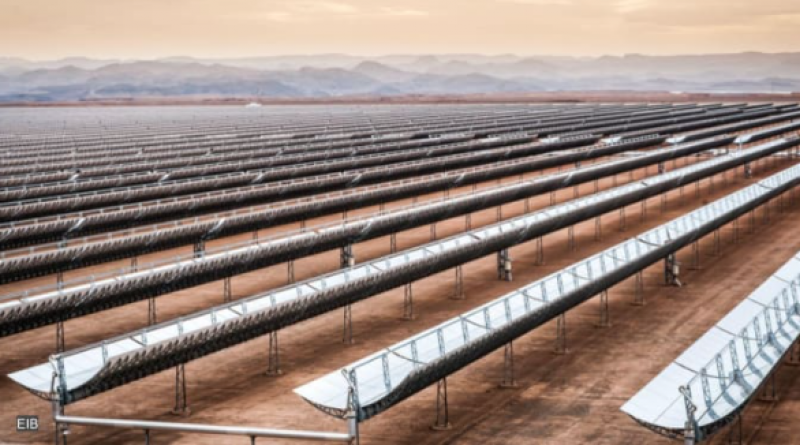 The world faces a make-or-break moment in the fight against climate change. We are running out of time to make our economies greener and avoid the tipping point when climate change slides out of control. The next 10 years will prove decisive.

The European Union is stepping up to do its part. In December, European leaders agreed to cut the EU’s greenhouse gas emissions by 55% by 2030, aiming to be carbon-neutral by 2050 in line with the Paris Agreement.

While that is an encouraging step, Europe represents about 10% of carbon emissions globally, so this won’t be enough by itself to prevent further climate change. We need the rest of the world to act, and we must plan to use our resources to help other regions make similar transitions.

Africa contributes relatively little to carbon emissions — about 4% of the global total — yet it is profoundly affected by climate change. At the same time, the continent’s young and rapidly growing population — which is expected to more than triple to 4.3 billion by 2100 — is hungry for energy.

The continent’s economic progress will depend on a rapid increase in the supply of and access to energy, and that new energy must come from clean sources. Following Europe’s or the United States’ historical path of relying on fossil fuels would be a disaster for the world and for Africans themselves.

Africa has a unique opportunity to leapfrog old, polluting sources of energy and outdated business models and replace them with green and sustainable solutions. Like the giant leap Africa took on telephony — replacing the traditional step of landlines with mobile phones — the continent has the potential to replace old-style energy with new, more modern, and more flexible sources.

Africa’s transition to greener, more sustainable economic development will only work if it benefits the continent’s people while helping to solve the climate crisis.

To make this a reality, Africa needs massive investment. It’s estimated that $52 billion a year is required to provide universal access to electricity by 2030. Targeting investments toward the green transition could electrify the underserved parts of Africa while also improving social development and the ability of people and regions to adapt to climate change.

This is why Portugal and the European Investment Bank are hosting the High-Level EU-Africa Green Investment Forum. Our key message is that we can have sustainable and green business models that create jobs, generate wealth, and make countries and companies even more competitive.

COVID-19 can also act as a catalyst for this change. As nations work to rebuild, recovery funds should be well targeted. They should also respect the four investment priorities advocated by the African Development Bank: infrastructure, renewable energy, mobilizing capital, and creating jobs.

Europe should be a key partner in helping to finance those investments, but we can offer more than just money. Europe is a global leader in renewable energy thanks to decades of stringent targets, and research and development investments. As a result, European institutions such as EIB are well positioned to help Africa leapfrog over fossil fuels to new, clean sources of energy. EIB has been a key partner in Africa for almost 60 years and, in 2020, signed more than €4.5 billion in loans on the continent — a new record.

Portugal has also identified both Africa and the green agenda as key pillars in its presidency of the Council of the European Union.

Africa is our close neighbor, and the green agenda is truly a geopolitical goal. Helping make Africa’s economies greener means more competitive economies in the future, delivering jobs to its growing population, and providing a healthier environment to all Africans.

The EU, EIB, and other international organizations are working with African partners to find innovative, sustainable projects to invest in. Digital solutions can be deployed in sectors such as energy, transport, construction, and agriculture to improve energy efficiency, cut emissions, and enhance productivity. Digital solutions can also help monitor changing weather patterns and create better models of climate risk.

Other initiatives include DESIREE, a new partnership with the European Commission to scale up the adoption of innovative solutions for sustainable energy. A renewable energy project in Gambia — backed by EIB, the World Bank, and the European Commission — consists of a large solar plant, improvements to the transmission network, and solar panels on every rural school and rural medical clinic in the country. Half of the secondary schools in sub-Saharan Africa have no electricity.

Such projects are a great start, but more support is needed from the private sector. For that to happen, African countries need the right structures in place. A recent report by AfDB found that having green or climate banks in each country, as well as national climate change funds, could help identify and structure potential projects in a way that makes them more appealing to private investors.

Such cooperation will be key, as will cooperation across the development sector as a whole. Focusing on climate is of little use when people are hungry or lack access to health care or basic education. Africa’s transition to greener, more sustainable economic development will only work if it benefits the continent’s people while helping to solve the climate crisis.

Highlighting these issues, the High-Level EU-Africa Green Investment Forum aims to achieve concrete and feasible proposals to boost sustainable investment in Africa. This will pave the way for the next summit of the EU and African Union, where a green transition will have to be on the agenda. Only together will we be able to deliver.

Africa at highest risk of instability as oil and gas production wanes.