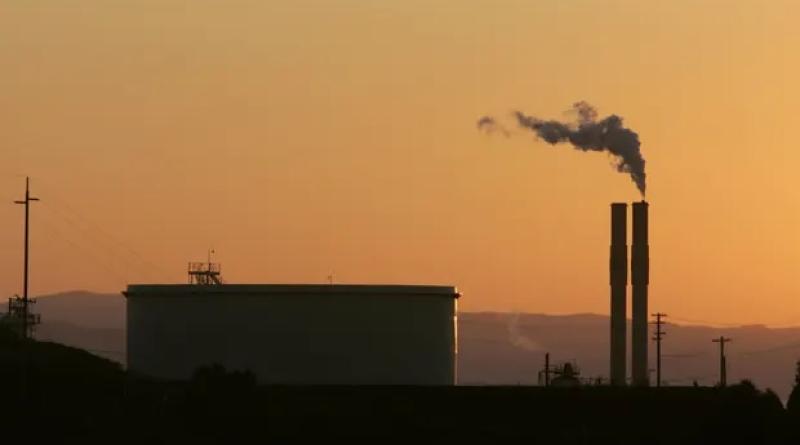 Accusations of greenwashing against major oil companies that claim to be in transition to clean energy are well-founded, according to the most comprehensive study to date.

The research, published in a peer-reviewed scientific journal, examined the records of ExxonMobil, Chevron, Shell and BP, which together are responsible for more than 10% of global carbon emissions since 1965. The researchers analysed data over the 12 years up to 2020 and concluded the company claims do not align with their actions, which include increasing rather than decreasing exploration.

The study found a sharp rise in mentions of “climate”, “low-carbon” and “transition” in annual reports in recent years, especially for Shell and BP, and increasing pledges of action in strategies. But concrete actions were rare and the researchers said: “Financial analysis reveals a continuing business model dependence on fossil fuels along with insignificant and opaque spending on clean energy.”

Numerous previous studies have shown there are already more reserves of oil and gas and more planned production than could be burned while keeping below the internationally agreed temperature target of 1.5C. In May 2021, the International Energy Agency (IEA) said there can be no new fossil fuel developments if the world is to reach net zero by 2050.

Oil companies are under increasing pressure from investors to align their businesses with climate targets. But their plans have faced scepticism, prompting the researchers to conduct the new research, which they said was objective and comprehensive.

“Until there is very concrete progress, we have every reason to be very sceptical about claims to be moving in a green direction,” said Prof Gregory Trencher, at Kyoto University in Japan, who worked with Mei Li and Jusen Asuka at Tohoku University.

“If they were moving away from fossil fuels we would expect to see, for example, declines in exploration activity, fossil fuel production, and sales and profit from fossil fuels,” he said. “But if anything, we find evidence of the reverse happening.”

“Recent pledges look very nice and they’re getting a lot of people excited, but we have to put these in the context of company history of actions,” Trencher said. “It’s like a very naughty schoolboy telling the teacher ‘I promise to do all my homework next week’, but the student has never worked hard.”

The new study, published in the journal PLOS One, found mentions of climate-related keywords in annual reports rose sharply from 2009 to 2020. For example, BP’s use of “climate change” went from 22 to 326 mentions.

But in terms of strategy and actions, the researchers found “the companies are pledging a transition to clean energy and setting targets more than they are making concrete actions”.

Chevron and ExxonMobil were “laggards” compared to Shell and BP, the researchers said, but even the European majors’ actions appeared to contradict their pledges. For example, BP and Shell pledged to reduce investments in fossil fuel extraction projects, but both increased their acreage for new exploration in recent years, the researchers said.

Furthermore, the analysis found Shell, BP, and Chevron increased fossil fuel production volumes over the study period. None of the companies directly releases data on their investments in clean energy, but information they provided to the Carbon Disclosure Project indicates low average levels ranging from 0.2% by ExxonMobil to 2.3% by BP of annual capital expenditure (capex). Separate analysis by the IEA indicates that investment in clean energy by oil and gas companies was about 1% of capex in 2020.

“Until actions and investment behaviour are brought into alignment with discourse, accusations of greenwashing appear well-founded,” the researchers said.

A spokesperson for ExxonMobil said: “The move to a lower emission future requires multiple solutions that can be implemented at scale. We plan to play a leading role in the energy transition, while retaining investment flexibility across a portfolio of evolving opportunities, including for example carbon capture, hydrogen and biofuels, to maximise shareholder returns.”

A Chevron spokesperson said: “We are focused on lowering the carbon intensity in our operations and seeking to grow lower carbon businesses along with our traditional business lines. We are planning $10bn in lower carbon investments by 2028.”

Shell’s spokesperson said: “Shell’s target is to become a net zero emissions energy business by 2050, in step with society. Our short, medium and long term intensity and absolute targets are consistent with the more ambitious 1.5C goal of the Paris Agreement. We were also the first energy company to submit its energy transition strategy to shareholders for a vote, securing strong endorsement.”

A spokesperson for BP said: “In 2020 BP set out our new net zero ambition, aims and strategy, and in 2021 completed the largest transformation of the company in our history to deliver these. Because this paper looks back historically over the period 2009-2020, we don’t believe it will take these developments and our progress fully into account.”

Trencher rejected the charge that the analysis was out of date: “We included the documents that were published during 2021, so the so-called data gap is only about six months and we don’t find any evidence of any new actions that would change any of our findings.”

“Unfortunately, the way the energy markets are structured around the world, fossil fuels still enjoy many [regulatory and tax] advantages and renewables are still disadvantaged,” he said.

Almost 40% Of All Ship Cargoes Are Oil, Coal And Gas