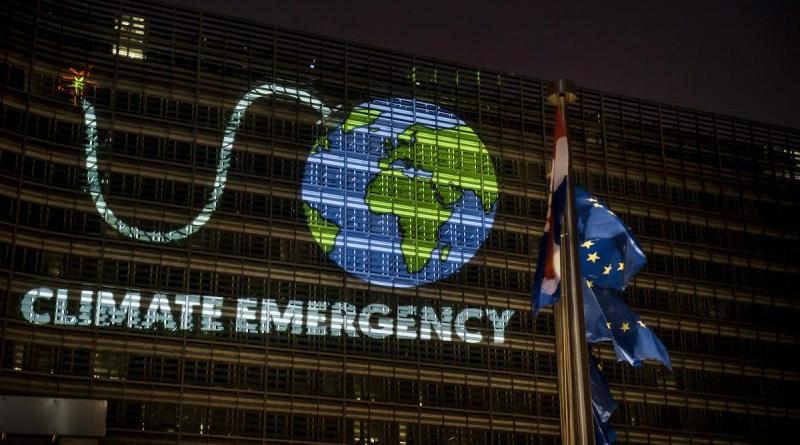 The European Commission registered an official petition on Wednesday (7 July) that calls on the EU executive to set up a minimum carbon price, “discourage the consumption of fossil fuels” and keep global warming to below 1.5 degrees.

If at least one million EU citizens from seven countries sign the initiative within one year then the Commission will be required to provide a response.

The ‘A price for carbon to fight climate change‘ Citizens’ Initiative wants the EU executive to propose new rules that would slash fossil fuel use, encourage the uptake of renewable power sources and boost energy saving measures.

The organisers suggest that a minimum price on carbon and scrapping free permits offered by the emissions trading scheme should be the way forward.

Carbon pricing is currently dictated by market forces and today is worth just under €27 per tonne. Mark Lewis, an expert with the Carbon Tracker Initiative, estimates that the ETS would have to hit €50 for polluting countries to start investing in cleaner technology.

Plans are afoot in the Netherlands to impose a minimum €30 per tonne levy on industry in 2021 and for it to gradually rise to between €125-€150, according to a climate plan published by the government on 28 June.

In an annual stock-take released in September, the OECD estimates that there is a pricing gap of 76.5% in its 42 member countries, which means that prices are “still too low to have a significant impact on curbing climate change”.

Asking for too much?

But a Commission source told EURACTIV that the EU executive has already addressed the issues raised by the petition, citing 2018’s renewable energy directive and the recent update to the ETS.

Earlier this year, the so-called market stability reserve came into effect, intended to reduce the number of permits available under the trading system. Every year, the number will decrease by 2.1%.

The EU official also said that a proposal to make the EU economy climate-neutral by 2050 will drag the bloc onto a Paris Agreement-compliant trajectory when endorsed and implemented by the member states.

In June, the Council came up just short of agreeing on the climate plan. Twenty-four countries backed it but four hold-outs, including Poland and Hungary, insisted they need more financial assurances.

The carbon-pricing initiative taps into the same concerns as another petition recently launched that calls on the Commission to tax air travel. Aviation is currently largely exemption from levies but has a significant environmental impact.

At a conference in The Hague on 21 June, organised by the Dutch government, officials from several EU countries agreed that aviation should “start paying its way” through either ticket or fuel taxes.

An international agreement dating back to the 1940s has so far precluded kerosene from taxation but legal experts now say that the treaty does not include fuel before a plane departs.

The Commission released a study last month that suggests the EU could generate up to €27 billion in revenues through a tax but officials have been quick to quell expectations about any changes anytime soon.

EU tax chief Pierre Moscovici told The Hague conference that the need for unanimous voting on fiscal issues means the Commission’s hands are somewhat tied. The French Commissioner recalled that a previous attempt to revise the rules had run into a brick wall.

But Moscovici has suggested that the Council could move to qualified majority voting (QMV) for specific issues like environmental matters. However, that shift in policy would require a unanimous vote to happen.

The carbon price petition will be available for signatures as of 22 July.