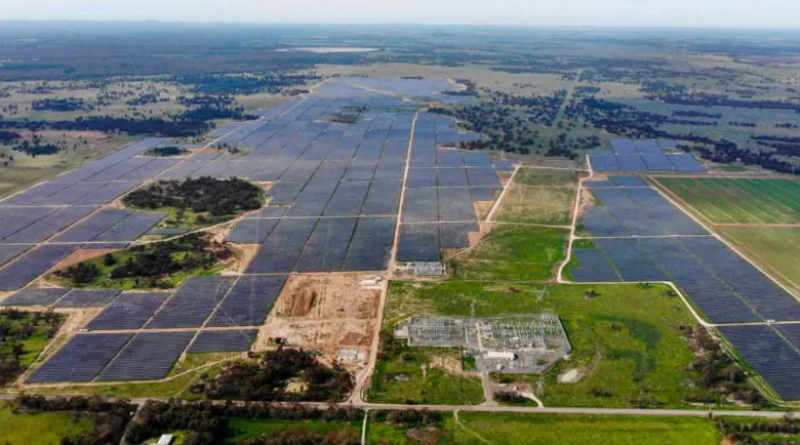 Octopus Australia – a subsidiary of one of the world’s largest investors in clean energy, the Octopus Group – said on Wednesday that it has simultaneously closed two fully subscribed funds which are co-investing in a multi-billion-dollar Australian renewable energy portfolio.

Among the institutional investors to have jumped on board the Oasis fund so far are the federal government’s Clean Energy Finance Corporation and Australian superannuation fund Hostplus, which has 1.5 million-plus members and $86.6 billion of funds under management.

Octopus says the secured portfolio currently sits at $3 billion across wind, solar and storage, with a pipeline of another $5 billion.

The two groups also announced in March this year that they would invest in the development of the 300MW Blind Creek solar and battery storage project in NSW. The Dulacca wind farm in Queensland is also likely to come into the portfolio.

Octopus says further information on its next acquisition in Australia will be announced shortly.

“As such, we saw early on the massive opportunity in Australia and how a portfolio approach to the market could align our institutional customers (in Oasis), alongside our family office and advised investors (in Oreo) to create defensible and sustainable value into the future.”

Reynolds told RenewEconomy Octopus is looking at wind, solar and storage opportunities, and at different stages – developing, construction and operating – with a mixture of both merchant and fixed priced assets.

“The main thing we are doing is that we are really mapping the market to identify a good place for a portfolio of assets,” he told RenewEconomy. “A single asset can be at the mercy of the market … we want to create a portfolio where the assets work together on wind, solar and storage.

“We think it’s not a bad time to buy if you get the market forecasting and grid analysis right.”

“It’s also great to be making the investment alongside key superannuation funds, showing the strong opportunity for institutional capital to supply the ongoing demand for exposure to renewable energy investment,” Miller said.

Hostplus chief David Elia said the super fund was particularly keen to back projects by the Desert Springs Octopus, a partnership between Octopus and the Northern Territory Indigenous Business Network (NTIBN) launched in February to develop renewable opportunities for First Nations Australians.

“Reflecting our commitment to both Net Zero 2050, and to reconciliation … the Desert Springs Octopus [is] aimed at supporting our indigenous communities to reduce their reliance on fossil fuels and help create other investment opportunities, new jobs, training, local procurement and cultural benefits,” Ella said.

“Importantly, this opportunity further diversifies our portfolio, an important aspect in the delivery of sustainable long term returns for our members.”