An NGO is building the world’s first 3D-printed school in Madagascar. 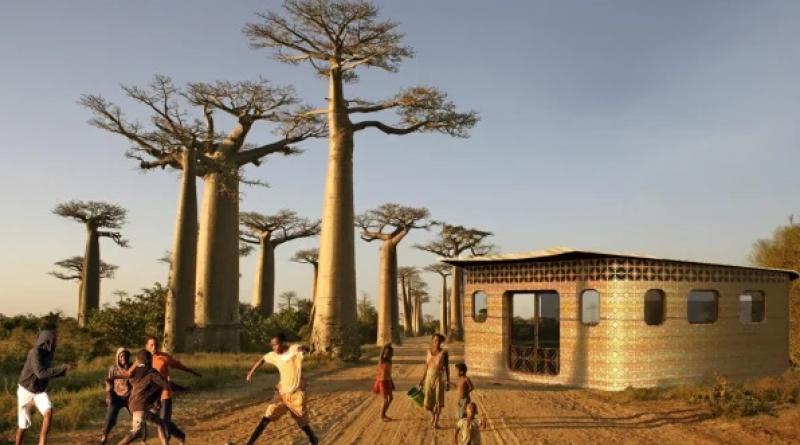 Construction will start later this year, and the concept may expand to other countries.

The school was designed by Studio Mortazavi, an architecture firm based in San Francisco and Lisbon, in alliance with Thinking Huts. The NGO specifically chose Madagascar for the pilot among other countries because of stable political outlook, renewable energy potential and need for further educational infrastructure.

The school will be located on the campus of a university in Fianarantsoa, a city in the south-central area of Madagascar. It has a modular design similar to a honeycomb, with nodes that can be linked together – each including a room with two bathrooms and a closet. Only one node will be built now for the school and more may be added later in the future.

The architect of the project, Amir Mortazavi, told Fast Company the benefits of the 3D printing approach – saving time and reducing costs. “We can build these schools in less than a week, including the foundation and all the electrical and plumbing work that’s involved. Something like this would typically take months, if not even longer,” he argued.

Mortazavi said the nodes can be combined to form clusters of rooms that expand the space or remain as individual rooms for educational purposes. “We can have classrooms for different age groups, science laboratories, computer laboratories, housing for teachers, for students, music nodes, fine arts rooms,” he said. The first node will be built in conjunction with the university.

Just like other 3D printed buildings, the school will be built using a machine-driven process that pipes out smooth layers of concrete-like material that cures to form the structure, including space for utilities, windows, and doors. This will make the construction much cheaper than using conventional methods, also addressing the local difficulties of finding skilled labor.

The printer was provided by Hyperion Robotics, a Finnish company that specializes in 3D printing solutions for reinforced concrete. The walls will be made of layers of a special cement mixture that Thinking Hats claims release fewer emissions. Meanwhile, the roof, doors, and windows will be sourced locally. The whole construction can be done in less than a week.

It’s a pilot project, with the purpose of training technologists at the university. Once the construction is finished, Thinking Hats will leave the used 3D printer at the university, so they can keep building 3D-printed schools all across the country as they feel necessary.

The actual construction will happen in the latter half of this year, hoping to get students into the classroom as soon as the pandemic is no longer a major threat to the local community’s health. “We can use this as a case study. Then we can go to other countries around the world and train the local technologists to use the 3D printer and start a nonprofit there to be able to build schools,” said Mortazavi.

3D printing has been consistently making headlines over the past few years, slowly becoming a reality for us commoners. Some companies are building houses either fully on 3D or with most of their elements made out of a printer. In Mexico, the world’s first 3D printed neighborhood is already moving forward, while Germany’s first 3D residential building is under construction.

How schools in Nottingham are saving nearly £6m on energy bills.

Our Infrastructure Is Being Built for a Climate That’s Already Gone.