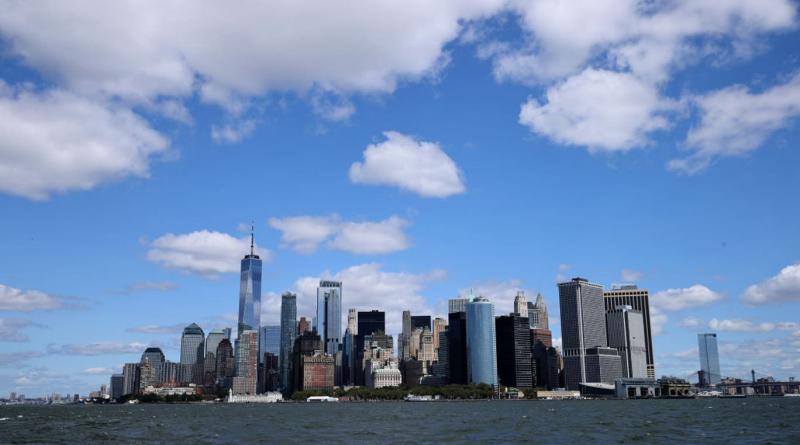 Maricopa County in Arizona, where cities of Phoenix and Scottsdale located, most exposed to climate risks overall

New York City faces significant risk of running out of water by 2050, according to a new study.

An analysis, published on Tuesday, examined climate risks for the most-populated US counties in the next 30 years, including the threats of wildfire, heatwave, water stress, flooding, hurricane and extreme cold.

Out of a maximum of 100, the research revealed that the New York City will have a water stress risk score of 44 by 2050.

Water stress refers to both reduced water availability from rainfall, and increased water demand from population, industrial and agricultural use. The research encompassed all five NYC boroughs – Brooklyn, Queens, Manhattan, the Bronx and Staten Island.

The New York City area came in slightly below Cook County in Illinois, which includes Chicago, and scored 46 for water stress.

Out of the 10 counties analysed, the research found that Maricopa in Arizona – where the cities of Phoenix and Scottsdale are located – was most exposed to climate risks, scoring 82.

It was followed by Riverside, San Diego, and Los Angeles counties in California. These counties scored 82, 80 and 79 respectively.

It has been a summer of deadly and destructive climate-driven extremes in the US. A record-breaking heatwave in the Pacific Northwest led to approximately 600 deaths, while western states have suffered from prolonged wildfires over millions of acres, surprising firefighters with their ferocity and volatility.

As summer drew to a close, Category-4 Hurricane Ida slammed into Louisiana with winds of up to 150mph, flattening homes and leaving tens of thousands without power. Days later, the remnants of Ida brought catastrophic flooding to the northeast and cause dozens of deaths, many in the New York City area.

At least 50 people were killed in six Eastern states as record rainfall overwhelmed rivers and sewer systems. The majority were drowned in basement apartments and cars that quickly filled with water, or swept away by currents.

The past two years have seen unprecedented wildfires in California and the research reflects that this will be an ongoing concern.

Riverside County, encompassing Palm Springs and Joshua Tree National Park, will be most at risk from wildfire in 2050 with a score of 30. San Diego received a score of 27 for wildfire risk followed by Los Angeles and Orange counties at 25 and 21 respectively. Future high threat of wildfire was also found in Arizona’s Maricopa County, with a score of 29.

The least exposed to climate risk of counties analysed was Dallas, Texas with a score of 33. However out of that, water stress represented three quarters of its overall score.

“Extreme heat waves, forest fires and flash flooding have impacted lives across the country this year, but our analysis shows that the future risk of water stress will be the most significant under a moderate scenario for projected temperature increases by 2050 assigned to the largest US counties by population,” said Steve Bullock, managing director and global head of ESG Innovation and Solutions at S&P Global Sustainable1.

“With New York having experienced flash flooding in the last month, it may not seem an obvious step to look to a future where water availability could be challenging as the climate risks are not always evident without high quality data. More than ever, we need evidence-based insights and advanced analytics to support the mitigation of these risks before they are realized.”

The data was drawn from publicly-available information, licensed datasets and S&P’s own models, the organisation said.

Parts of England could run out of water within 20 years, warn MPs.