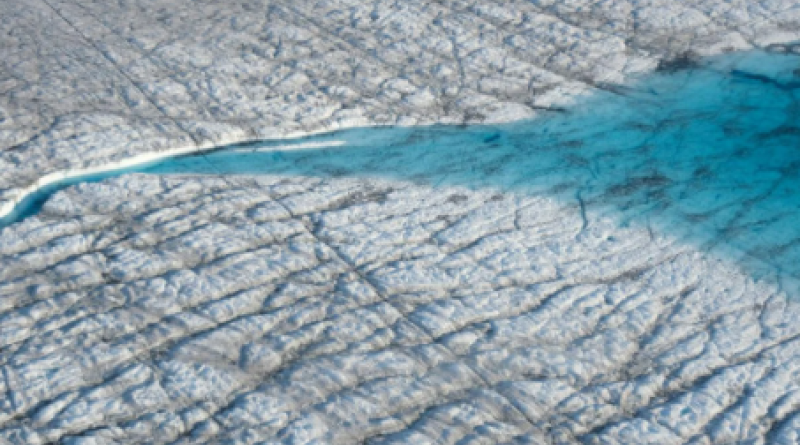 A new study of Greenland's glacial rivers has important implications for how scientists might model future ice melt and subsequent sea level rise.

Previously, researchers thought they could measure ice melt simply by looking at the amount of meltwater sitting on top of glaciers and in moulins — shafts in the glacier that empty rivers from the surface to the interior, Earther explained. But the new study, published in Geophysical Research Letters on Monday, found that a glacier's speed increased when water pressure rapidly changed beneath the ice sheet, NASA explained.

The Greenland ice sheet is extremely important when it comes to global sea level rise. The size of Mexico, it currently contributes more to rising sea levels than any other source, NASA reported. If all of Greenland's ice sheet were to melt, it would increase water levels by 20 feet, according to Earther.

"The number one reason we are here is all about global sea level rise," Smith said in a video documenting the research. "Greenland is the single largest melting chunk of ice in the world. What really matters is how much of that water in the ice sheet gets out to the ocean."

To better understand the dynamics driving this melt, Smith and his team traveled to the Russell Glacier in southwestern Greenland in 2016 and studied a glacial river, NASA said. The researchers recorded the forward motion of the glacier itself, the amount of meltwater pouring into the moulin and the amount of meltwater pouring out from beneath the glacier at the water's edge. They determined that changes in subterranean water pressure were driving the glacier's overall speed.

"Even if the cavities are small, as long as the pressure is ramping up very fast, they will make the ice slide faster," Smith explained.

"If you have a rapid perturbation of water going into the subglacial system, you overwhelm the system, and so you create essentially a layer of water at the interface that's not contained in channels or cavities anymore," Andrews said.

The way that water pressure drives glacier speed had never been studied in the field before, NASA said. This new research now adds 168 hours of "rare in situ" measurements to understand the dynamics of glacial rivers, which had previously been overlooked.

"In 2015 when we started this study, there was surprisingly little attention paid to the hydrology of streams and rivers on the ice sheet, especially inland away from the ice edge, and we felt that this was a critical scientific gap," Smith said in the video.

"These findings affirm the importance of supraglacial rivers to subglacial water pressure and ice dynamics, even in relatively thick ice," the researchers wrote.