New gel-like material can stop wildfires for months at a time. 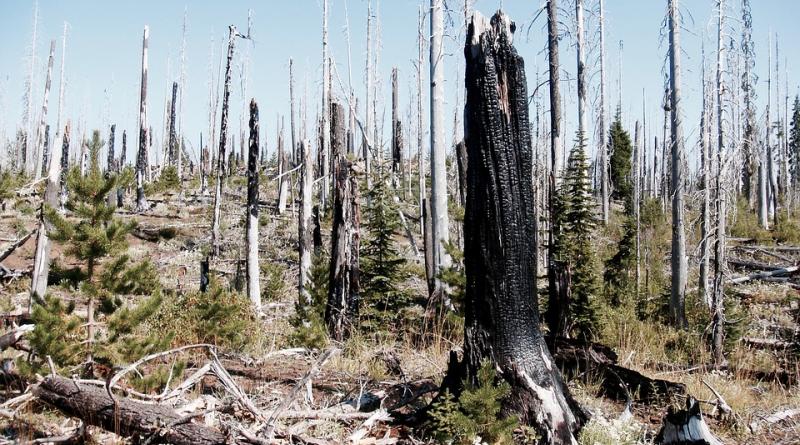 A novel preventive technique developed at Stanford could help slash the incidence and severity of wildfires. The technique involves an environmentally-benign gel that helps common fire-retardants applied against wildfires to last longer.

“This has the potential to make wildland firefighting much more proactive, rather than reactive,” said Eric Appel, the study’s senior author and an assistant professor of materials science and engineering at Stanford.

“What we do now is monitor wildfire-prone areas and wait with bated breath for fires to start, then rush to put them out.”

The idea behind the gel is to apply it to areas that are prone to wildfires. The gel helps fix fire-retarding compounds where they’re needed long after weathering would remove them by themselves. The team notes that the gel treatment is more effective and much less expensive than monitoring and sending firefighters in to contain the wildfires.

We’ve done a pretty decent job at suppressing wildfires over the last century or so since the industrial revolution really picked up. The downside to this, however, is that it makes wildfires today more likely to happen due to fuel (dry plant matter) buildup. Fire is a natural part of many ecosystems, and helps recycle nutrients and clear the way for new generations of plants and animals to move in after the scorch. Today, the issue of wildfires is further intensified by shifts in precipitation levels and climate.

The last two years recorded four of the 20 largest and eight of the 20 most destructive wildfires in California’s history, even though the 2019 season has been relatively calm in the West, the team explains. They add that federal spending on firefighting in 2018 drained over $3 billion.

Despite their ecological role, most wildfires in the U.S. are caused by people, and many originate in the same hotspots. These include roadsides, camping grounds, and remote electrical lines. The team’s idea was to treat these at-risk areas ahead of time to prevent wildfires — but we didn’t have any long-lasting, environmentally-benign materials to use for the task.

Wildfire preventive measures today revolve mostly around the clearing of potential fuel, and short-term suppressants and fire retardants. If a wildfire starts, firefighters use suppressants, such as gels that carry water and wet superabsorbent polymers (the stuff that’s in diapers). They’re currently short-lived, however, and lose effectiveness in about an hour as they dry out. Crews thus use such gels to protect buildings in the path of the fire for example, rather than blanketing the whole forest with them.

The Stanford team wanted to improve this useful time, so they swapped the traditional formulation (which uses ammonium phosphate or its derivatives) for a cellulose-based substance. This swap made the gel stay on vegetation longer even when exposed to wind, rain, and other environmental factors. The substance is non-toxic, made from materials used in food, drug, cosmetic, and agricultural products. Application is as simple as loading it into standard agricultural spraying equipment or an airplane and spraying it on or around a point of interest.

“You can put 20,000 gallons of this on an area for prevention, or 1 million gallons of the traditional formulation after a fire starts,” said study lead author Anthony Yu, a Ph.D. student in materials science and engineering at Stanford.

The team collaborated with the California Department of Forestry and Fire Protection (CalFire) to test the new fire-retarding gel on two types of vegetation that frequently kindles fires — grass and chamise. The gel still provided complete fire protection even after half an inch (1.3 cm) of rainfall. The team notes that a typical commercial retardant formulation would provide little or no fire protection in the same scenario.

The material does degrade, but slowly, providing protection for months at a time. The researchers are now working with the California Department of Transportation and CalFire to test the material on high-risk roadside areas that are the origin of dozens of wildfires every year.

“We don’t have a tool that’s comparable to this,” said Alan Peters, a CalFire division chief in San Luis Obispo who monitored some of the test burns. “It has the potential to definitely reduce the number of fires.”

The paper “Wildfire prevention through prophylactic treatment of high-risk landscapes using viscoelastic retardant fluids” has been published in the journal PNAS.

Wooden clothes? The Finnish university has found a way to turn birch trees from its forests into material for clothes.