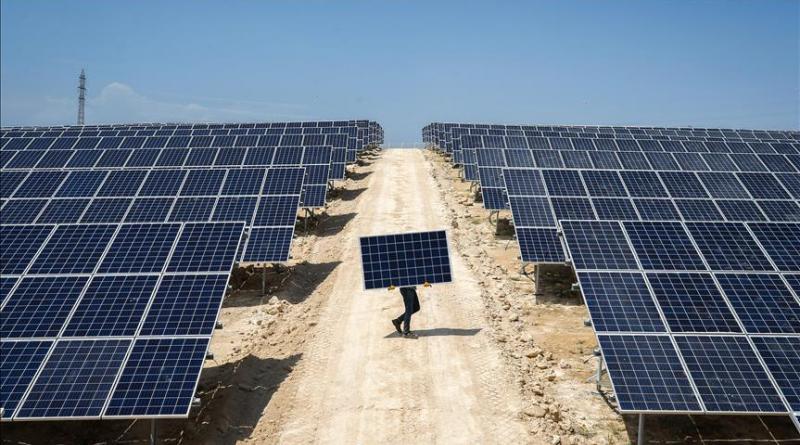 New European solar installations are expected to double over the next three years, according to analysis from Wood Mackenzie Power & Renewables, and will push installed capacity over the 250 gigawatt (GW) mark by 2024.

Wood Mackenzie published their Europe Solar PV Market Outlook 2019 towards the end of June, revealing its analysis that new solar installations across Europe will double over the next three years to reach a level of approximately 20 GW per year.

Germany is expected to remain Europe’s largest solar PV market, installing 21 GW between 2019 and 2024, while Spain will eke into a close second, installing almost 20 GW — made up mostly of utility-scale solar.

All in all, a total of seven European countries will install at least 5 GW during the 2019-2024 period, while eighteen countries are expected to install over 1 GW. 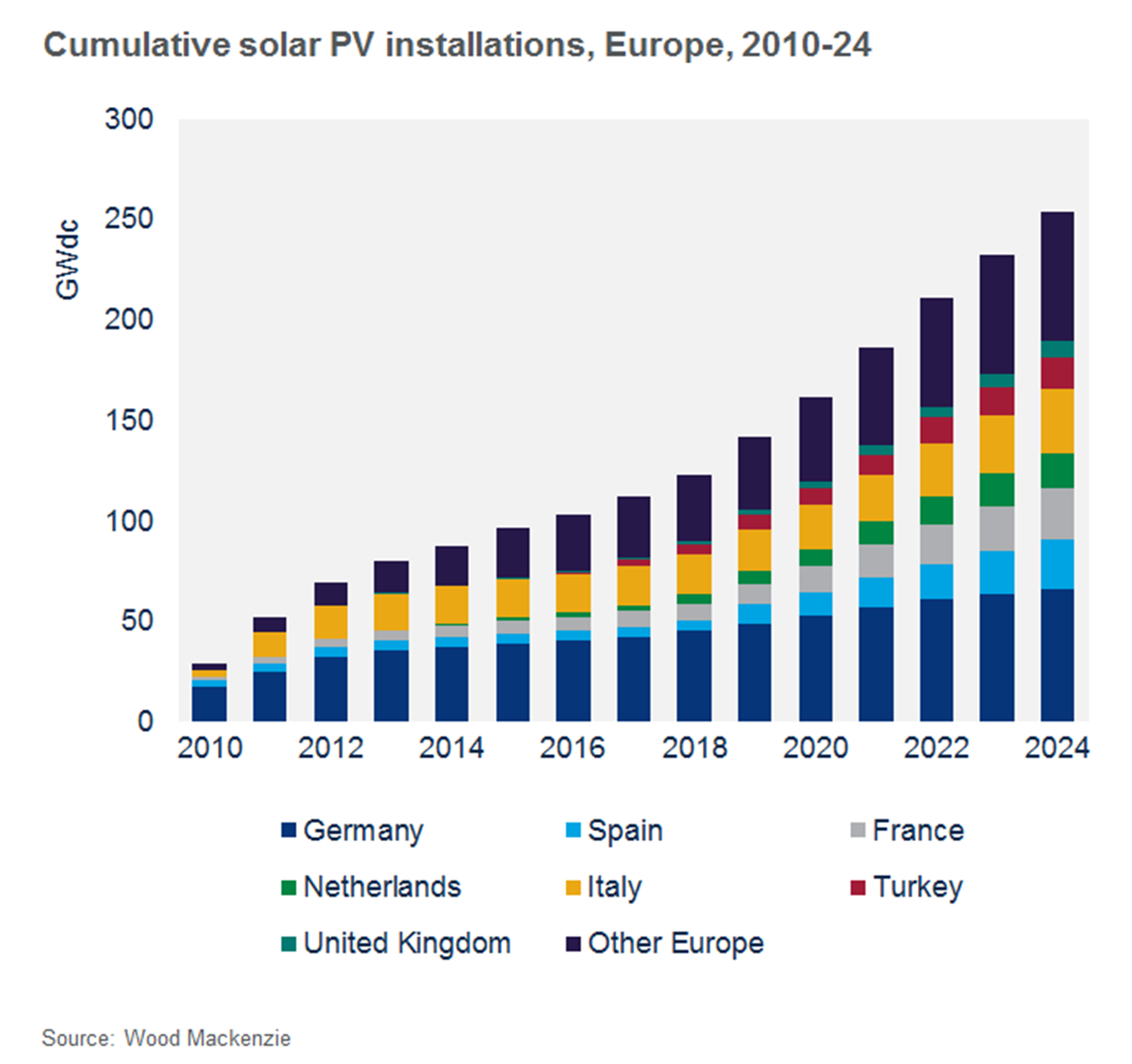 “Several EU member states have already committed to 100% renewable power or zero-carbon power targets, while the EU is discussing the adoption of an economy-wide net-zero emissions target by 2050. Over 170GW of gas, coal and nuclear capacity will be displaced from the market by 2040. Solar PV’s share of generation will reach 13% by 2040 up from 4% today.

“Competitive auctions have taken over from feed-in tariffs as the most popular means of procuring solar PV in Europe. 24GW of capacity was awarded to the end of 2018, with another 47 GW confirmed across more than a dozen markets. In-line with EU guidelines on state aid for renewable energy, technology-neutral procurement is becoming more commonplace, with solar increasingly being exposed to direct competition with other renewable power technologies – particularly onshore wind.” –  Heggarty

As solar technology continues to mature and the industry continues to solidify, government support mechanisms will be slowly withdrawn, as is the case of the aforementioned feed-in tariffs (FiTs).

“Investors are beginning to explore new routes to market, such as corporate PPAs and merchant investments,” added Heggarty.

"Most investors will see their exposure to wholesale power prices increase. Price cannibalisation will become a growing issue as renewable energy penetration increases. In developed European power markets, we already see that power prices can fall below €30/MWh and rapidly towards zero as renewable energy penetration rises about 50%. Most low-priced hours are overnight but midday price erosion is a near certainty as solar’s market share grows.”

Meanwhile, distributed solar generation for self-consumption, primarily rooftop solar, will remain a crucial part of Europe’s solar market and will account for nearly 40% of all new capacity installed between 2019 and 2024.

“The region has a patchwork of different models to incentivise deployment – from FITs, to net metering, to investment rebates,” concluded Heggarty. “As government support is scaled back, it will be necessary to increase rates of self-consumption in order to make investments stack up. Pairing solar with battery storage will become more commonplace.”