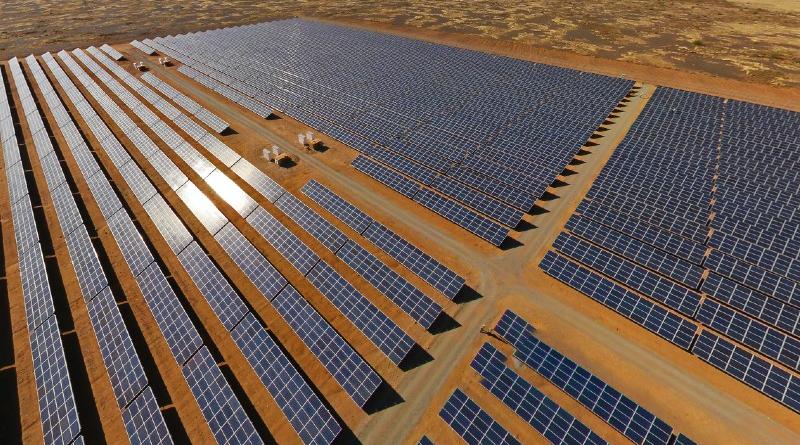 The National Electricity Regulator of South Africa (NERSA) has approved the first private projects to be regulated under new amendments to how projects apply for a generation licence if under 100MW in size.

President Cyril Ramaphosa in August 2021 made a landmark regulatory change to amend Schedule 2 of the Electricity Regulation Act to extend the limit over which a private power project must apply for a Generation Licence from 1MW to 100MW.

The first two projects to receive NERSA approval are 100MW solar PV Projects in the North West Province. Both will be developed, financed, constructed and operated by the SOLA Group and its partners for Tronox Mineral Sands.

The registration process for these private projects is faster and less onerous than previous requirements.

Dom Wills, Sola Group CEO said this first move is significant in that it paves the way for more large-scale private projects to receive approval and contribute to the generation capacity of South Africa’s grid.” Further, this is a clear signal to the market that private power is achievable and there are private funders that are excited to finance this market.”

Brian Dames, CEO of Africa Rainbow Energy, SOLA Group’s largest equity partner on the project, pointed out they had committed to investing R3 billion into the SA economy at the recent South Africa Investment Conference. “These projects are starting to realise this commitment as well as African Rainbow Energy’s commitment to use new technology to provide large scale clean power solutions for the economy.”

The private projects have received significant assistance from the Presidency. Rudi Dicks, Head: Project Management in the Presidency: “The raising of the licensing threshold has unlocked a massive pipeline of investment. To fast track these projects we have established a joint task team between government and industry which meets weekly to remove many of the constraints. All of this is important to help alleviate the shortage in electricity supply,” said Dicks.

Following registration, financial close on the private projects is expected in July. The projects would need a construction period of 14 months to reach the Commercial Operation Date and they have an expected lifespan of 30 years.

The projects are also making use of the electricity wheeling framework enabled by Eskom. Under this mechanism, the energy produced by an Independent Power Producer in one Eskom-connected area can be sold to a client in a different Eskom-connected area. Eskom then charges a wheeling fee to facilitate the bilateral energy trade.

Wills pointed out that the advantage of the wheeling framework is it allows perfect solar regions to be developed and used to provide power to perfect industrial and mining regions. “A perfect solar region is a flat area, with high solar resource, very little environmental or social impact, uncomplicated underground conditions and has access to a strong grid node with good power evacuation potential,” said Wils.

Large scale bilateral energy trading is the first step in South Africa’s plan to ultimately open up the grid to allow more flexible electricity trading. Draft legislation has been released which signals the intent to have a consolidated central purchasing agency allowing electricity traders to sell energy using the grid as a conduit.

Responding to the existing and proposed changes in the legislation, Wills expressed his company’s support for changed regulations that raised the licensing threshold for new generation projects to 100MW. “I hope that we can develop and build fast enough. Scale and speed is key,” he said.

An update on the 100MW threshold increase will be discussed at Enlit Africa, along with Eskom’s accelerated transmission plans.

AFRICA: UN plan to accelerate access to clean energy by 2025