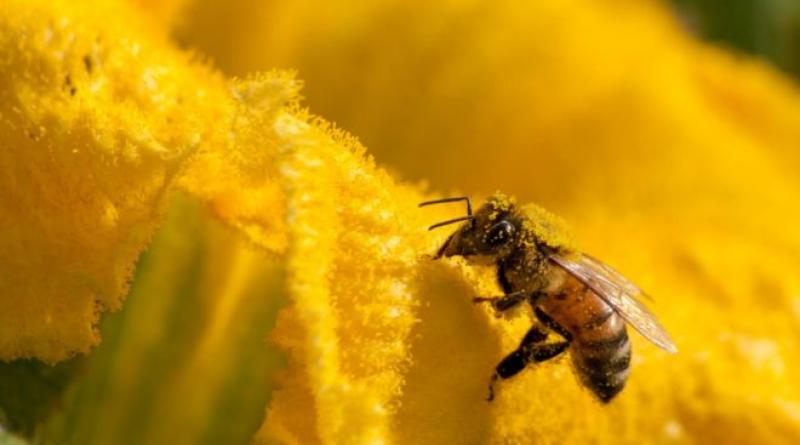 On land, in the seas, in the sky, the devastating impact of humans on nature is laid bare in a compelling UN report.

One million animal and plant species are now threatened with extinction.

Nature everywhere is declining at a speed never previously seen and our need for ever more food and energy are the main drivers.

These trends can be halted, the study says, but it will take "transformative change" in every aspect of how humans interact with nature.

From the bees that pollinate our crops, to the forests that hold back flood waters, the report reveals how humans are ravaging the very ecosystems that support their societies.

Three years in the making, this global assessment of nature draws on 15,000 reference materials, and has been compiled by the Intergovernmental Science-Policy Platform on Biodiversity and Ecosystem Services (IPBES). It runs to 1,800 pages.

The brief, 40-page "summary for policymakers", published today at a meeting in Paris, is perhaps the most powerful indictment of how humans have treated their only home.

It says that while the Earth has always suffered from the actions of humans through history, over the past 50 years, these scratches have become deep scars. 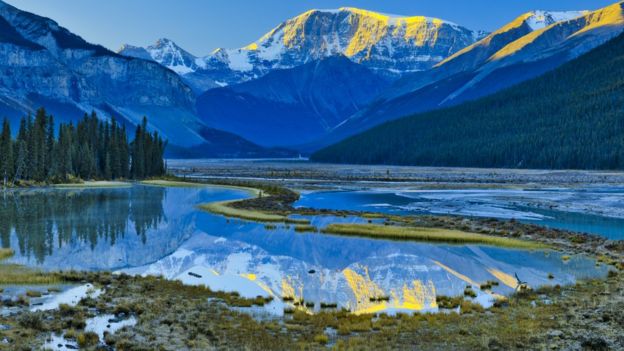 The world's population has doubled since 1970, the global economy has grown four-fold, while international trade has increased 10 times over.

To feed, clothe and give energy to this burgeoning world, forests have been cleared at astonishing rates, especially in tropical areas.

Between 1980 and 2000, 100 million hectares of tropical forest were lost, mainly from cattle ranching in South America and palm oil plantations in South East Asia.

Faring worse than forests are wetlands, with only 13% of those present in 1700 still in existence in the year 2000.

Our cities have expanded rapidly, with urban areas doubling since 1992.

All this human activity is killing species in greater numbers than ever before.

According to the global assessment, an average of around 25% of animals and plants are now threatened.

Global trends in insect populations are not known but rapid declines in some locations have also been well documented.

All this suggests around a million species now face extinction within decades, a rate of destruction tens to hundreds of times higher than the average over the past 10 million years.

"We have documented a really unprecedented decline in biodiversity and nature, this is completely different than anything we've seen in human history in terms of the rate of decline and the scale of the threat," said Dr Kate Brauman, from the University of Minnesota and a co-ordinating lead author of the assessment. 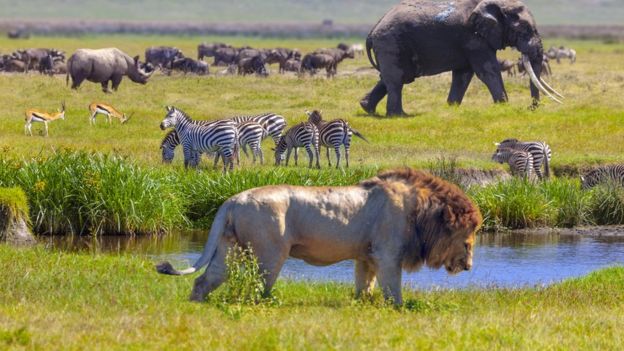 "When we laid it all out together I was just shocked to see how extreme the declines are in terms of species and in terms of the contributions that nature is providing to people."

The assessment also finds that soils are being degraded as never before. This has reduced the productivity of 23% of the land surface of the Earth.

Our insatiable appetites are producing a mountain of waste.

Plastic pollution has increased ten-fold since 1980.

Every year we dump 300-400 million tonnes of heavy metals, solvents, toxic sludge and other wastes into the waters of the world.

What's behind this crisis? 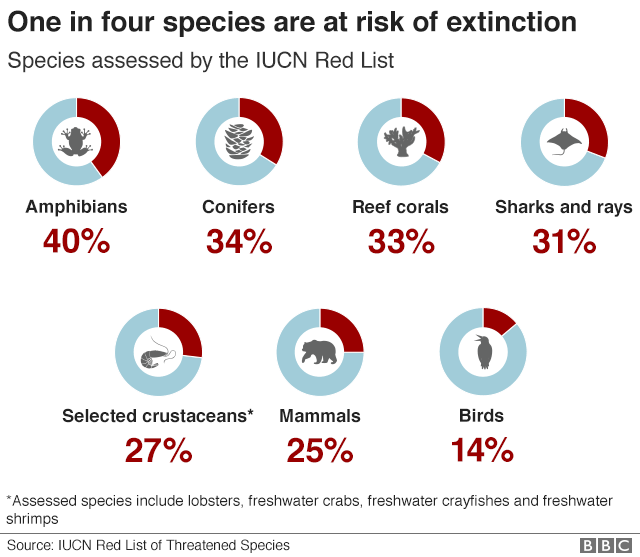 The report's authors say there are a number of direct drivers of which land use change is the primary one.

This essentially means the replacement of grassland with intensive crops, or replacing ancient woodland with a plantation forest, or the clearing of forests to grow crops. This is happening in many parts of the world, especially in the tropics.

Since 1980, more than half of the increase in agriculture has been at the expense of intact forests.

It's a similar story at sea.

Only 3% of the world's oceans were described as free from human pressure in 2014.

Fish are being exploited as never before, with 33% of fish stocks harvested at unsustainable levels in 2015.

Live coral cover on reefs has nearly halved over the past 150 years.

Pushing all this forward, though, are increased demands for food from a growing global population and specifically our growing appetite for meat and fish.

"Land use now appears as the major driver of the biodiversity collapse, with 70% of agriculture related to meat production," said Yann Laurans from IDDRI, the French policy research institute. 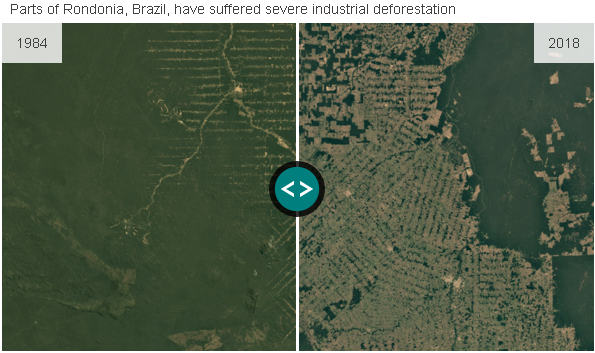 "It is time to reconsider the share of industrial meat and dairy in our diet."

The other key factors are the hunting and the direct exploitation of animals, climate change, pollution and invasive species.

The report finds that many of these factors work together to make matters worse.

At the report's launch, Kai Chan, a co-ordinating lead author from the University of British Columbia, Vancouver, said: "No previous assessment has considered at this scale the simultaneous challenge of protecting nature, maintaining water, feeding the planet, supplying energy, while mitigating climate change... this is the most exhaustive report to have ever done that."

The decline in numbers 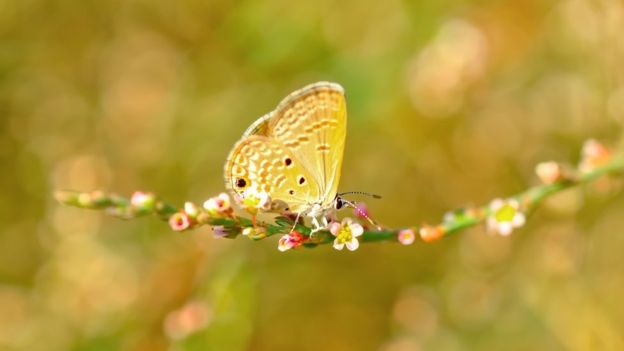 Species extinction risk: Approximately 25% of species are already threatened with extinction in most animal and plant groups studied.

Biomass and species abundance: The global biomass of wild mammals has fallen by 82%. Indicators of vertebrate abundance have declined rapidly since 1970.

Nature for indigenous people: 72% of indicators developed by local communities show ongoing deterioration of elements of nature important to them.

What does the future hold?

It all depends on what we do.

The authors looked at a number of scenarios for the future, including business-as-usual, but also examining options that were more based on sustainable practices.

In almost all cases, the negative trends for nature will continue to 2050 and beyond.

The only ones that didn't continue towards ecological disaster involved what the scientists term "transformative change".

What does transformative change actually mean?

The study doesn't tell governments what to do, but gives them some pretty strong hints.

One big idea is to steer the world away from the "limited paradigm of economic growth".

They suggest moving away from GDP as a key measure of economic wealth and instead adopting more holistic approaches that would capture quality of life and long-term effects.

They argue that our traditional notion of a "good quality of life" has involved increasing consumption on every level. This has to change.

Similarly, there must be change when it comes to financial incentives that damage biodiversity.

"Crucially, governments must end the destructive subsidies, including for fossil fuels and industrial fishing and agriculture," said Andrew Norton, director of the International Institute for Environment and Development.

"These drive the plundering of the land and ocean at the expense of a clean, healthy and diverse environment on which billions of women, children and men depend now and in the future."

The amount of land and sea that is under protection needs to increase rapidly, with observers saying that a third of our lands need to be preserved.

"We need to secure half of the planet by 2050 with an interim target of 30% by 2030," said Jonathan Baillie, from the National Geographic Society.

"Then we must restore nature and drive innovation. Only then will we leave future generations a healthy and sustainable planet."

Is this worse than climate change?

Climate change is a crucial underlying factor that's helping to drive destruction around the world.

Greenhouse gas emissions have doubled since 1980 and temperatures have gone up 0.7C as a result. This is having a big impact on some species, restricting their ranges and making extinction more likely. The global assessment finds that if temperatures go up by 2C, then 5% of species are at risk of climate-driven extinction, rising to 16% if the world warms by 4.3C. 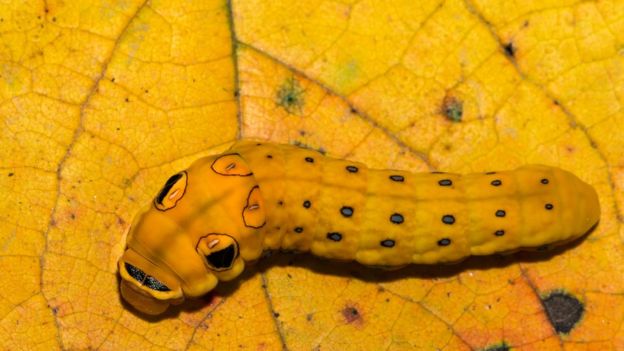 "Of the prioritised list of proximate drivers of biodiversity decline, climate change is only number three," said Prof John Spicer from the University of Plymouth.

"Climate change is certainly one of the greatest threats that face humankind in the near future - so what does that tell us about the first and second, changes in land/sea use, and direct exploitation? The current situation is desperate and has been for some time."

The report's authors hope that their assessment becomes as critical to the argument about biodiversity loss as the IPCC report on 1.5C has done to the debate over climate change.

What can I do?

The idea of transformative action is not just confined to governments or local authorities. Individuals can certainly make a difference.

"We know that the way people eat today is often unhealthy for them and for the planet," said Dr Kate Brauman, one of the report's authors.

"We can become healthier as individuals by eating more diverse diets, with more vegetables, and we can also make the planet healthier by growing that food in more sustainable ways."

As well as consumer and lifestyle choices, other authors believe people can make a difference through politics.

"It might be more important for society to invest more in renewables than coal," said Dr Rinku Roy Chowdhury, from Clark University in Worcester, Massachusetts.

"So how do you that? Through individual behaviour, through the polling booth.

"Rather than just conserving energy by turning my lights off, some other less obvious means might be through political action."