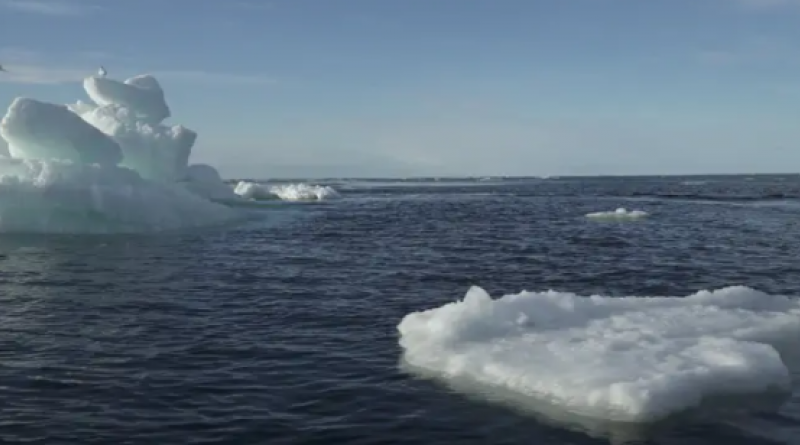 ‘Profound heatwaves’ in region will be more common, warns meteorologist.

A “mind-boggling” heat wave in the Arctic has broken temperature records in north-west Russia,  meteorologists have said.

Last Wednesday, the mercury rose above 30C in parts of the Arctic, significantly above the average for the time of year.

Scott Duncan, a meteorologist based in the UK, described conditions as “truly exceptional for any time of the year but mind-boggling for May”.

The climate expert added that because the Arctic is warming so fast, “profound heatwaves” are more likely to occur in the future.

Increasing temperatures are causing ice and permafrost to melt in the region, resulting in previously trapped methane being released into the atmosphere and contributing to global heating.

The current heatwave looks set to continue, with climate scientist Zack Labe saying that over the coming week temperatures will be more than 10C above average in eastern Siberia.

Although still shocking, the temperatures seen this month are well below the hottest ever day in the Arctic, which was the 38C recorded in the Siberian town of Verkhoyansk last year.

At the time, the CBS News meteorologist Jeff Berardelli described the record as “the kind of weather we expect by 2100, 80 years early”. 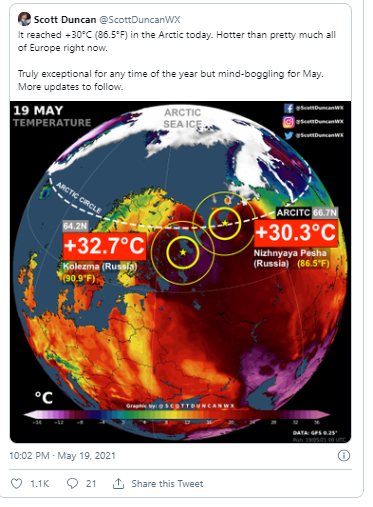 The latest temperature record comes shortly after a new study said the region has warmed three times faster than the rest of the Earth over the past half century.

Published by the Arctic Monitoring and Assessment Programme (AMAP), the report warned that temperature changes in the Arctic could have far-reaching consequences across the world, including on issues such as rising sea levels.

Its findings were discussed last week by the Arctic Council, a group of countries which includes the US and Russia.

Arctic ice loss forces polar bears to use four times as much energy to survive – study.

Competition heats up in the melting Arctic, and the US isn’t prepared to counter Russia.