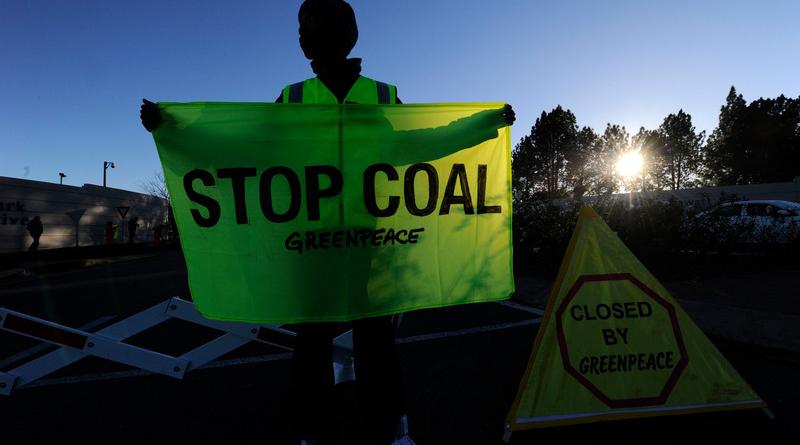 Johannesburg, 9 April 2019 – At least 4.7 million jobs will be created by 2050 across energy sectors in Africa through a shift to renewable energy according to a new report released by Greenpeace today. The report, ‘Employment Effects of a Global Energy Transition[1],‘ shows the impressive benefits to employment of a Just Transition towards a 100% renewable energy supply – globally and across continents. This was released along with ‘Case Studies from Transition Processes in Coal-dependent Communities[2,3],’ which presents a collection of case studies of Just Transition processes in four coal-dependant countries[4], offering recommendations for South Africa where Mpumalanga is the key coal region discussed.

According to ‘Employment Effects of a Global Energy Transition,’ there would be an increase in jobs across all occupations in the energy sector. Compared to a business as usual scenario, there would be 2.1 million more jobs in the African energy sector in 2050 and, compared to today, jobs in total would increase by 4.7 million. In 2025 already there could be 1.7 million more jobs in the energy sector on the continent compared to today. Plant and machine operators and assemblers would see the largest job increase – over 300% – with electricians and labourers close behind (more than 200%).

“A Just Transition in South Africa’s energy sector from coal to renewable energy is urgently needed to avoid a full-blown climate crisis compounded by a social crisis, but it could also become a massive employment programme if it is managed effectively. We absolutely cannot leave Mpumalanga with the burden of this transition; it must be planned, led and managed by government stakeholders, putting workers at the centre, in order to be truly just,” said Happy Khambule, Greenpeace Africa’s Senior Political Advisor.

The report ‘Case Studies from Transition Processes in Coal-dependent Communities’ offers several key recommendations for a Just Transition programme in South Africa. An official programme needs to be set up urgently and must be based on a high-profile dialogue between key stakeholders that leads to a series of negotiations of a social compact.

“The Just Transition will not just happen by magic; it requires momentum, broad stakeholder buy-in and political will. It is clear that Eskom must be required to participate in negotiations on a Just Transition framework agreement with trade unions alongside national government and other stakeholders. In order to manage the transition, Eskom’s funds for coal expansion should be reallocated to a Just Transition Fund, aimed at creating support for those jobs in its supply chain that are at risk as a result of the transition.

The vast majority of Eskom’s coal-fired power stations are located in Mpumalanga, which means that the Just Transition has significant implications for the province. The urgency of the recommendations made in ‘Case Studies from Transition Processes in Coal-dependent Communities’ is abundantly clear: South Africa’s Just Transition Programme would need to create diversity in the economic activities and job market of Mpumalanga in order to address the complex layers of social inequality in the region and be successful.

“A key solution is for the highly polluted coal province of Mpumalanga to become a priority region for large scale investments in Renewable Energy, with coal workers being an integral part of the dialogue and negotiations. There are huge vested interests trying to hold us back from a transition to renewable energy, but South Africa can no longer be held hostage by the pro-coal lobby. We must ensure that the people in South Africa’s coal regions and Eskom will benefit from the transition to renewable energy. There is no time to waste, and the Just Transition programme needs to start as soon as possible,” ended Khambule.