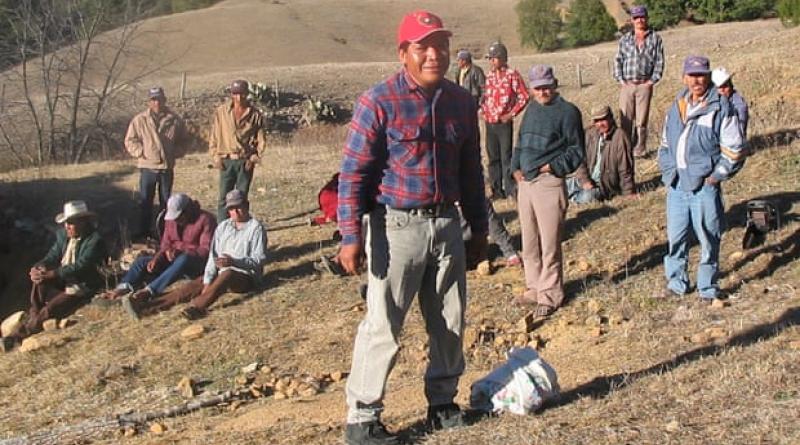 At least 83 murdered in 2012-2019, with a third of attacks targeting opponents of energy mega-projects

At least 83 Mexican land and environment defenders were murdered between 2012 and 2019, while hundreds more were threatened, beaten and criminalized, according to a new report.

Latin America is the most dangerous continent in the world to defend environmental, land and human rights, with Brazil, Colombia, Mexico, Honduras and Guatemala ranking worst.

In Mexico, this targeted violence has taken hold in the context of widespread impunity and escalating generalized violence since the ill-fated war on drugs was launched in 2006.

The situation for defenders was exacerbated by energy reforms in 2013, since when scores of renewable energy mega-projects have been imposed on rural and indigenous communities without adequate consultation or compensation.

Almost one in three attacks since 2012 targeted defenders opposing energy projects, especially wind and hydroelectric power, according to the Mexican Centre for Environmental Rights (known by its Spanish acronym, Cemed).

“The data shows persistent structural violence against defenders of environmental rights in our country, which prevents them having the freedom and security to exercise their right to defend human rights,” said a spokesperson for Cemed, which tracks attacks against communities opposing projects threatening forests, water sources and land rights.

The violence is spread across the country, but defenders in the southern state of Oaxaca have faced most attacks over the past eight years.

Oaxaca, one of the country’s poorest states with the highest proportion of indigenous peoples, is rich in natural resources such as minerals, rivers, forests and natural gas. The violence has been particularly marked in the biodiverse isthmus of Tehuantepec – a narrow land mass between the Gulf of Mexico and the Pacific Ocean where 28 mega wind farms now generate electricity.

The overall number of attacks in 2019 was the lowest since 2012. Nevertheless, 15 defenders were murdered and at least 25 others were threatened, harassed or subjected to smear campaigns.

This included the double murder of the indigenous Tarahumara defender Otilia Martínez Cruz and her son, Gregorio Chaparro Cruz, who were shot dead on 1 May 2019 – a year after another family member, Julián Carrillo, was killed.

More than a dozen Tarahumara defenders have been killed in recent years for trying to stop the illegal deforestation of their ancestral land in the Sierra Madre, a biodiverse mountain range in northern Mexico. They include Isidro Baldenegro López, winner of the prestigious Goldman environmental prize, who was shot dead in 2017. The forests have long been targeted by illegal loggers abetted by corrupt officials and landowners.

In 2019, state officials such as police officers, national guard and local prosecutors, were responsible for 40% of incidents registered by Cemed.