Marine Heat Waves Are Becoming More Common and Intense. What Can We Do to Minimize Harm? 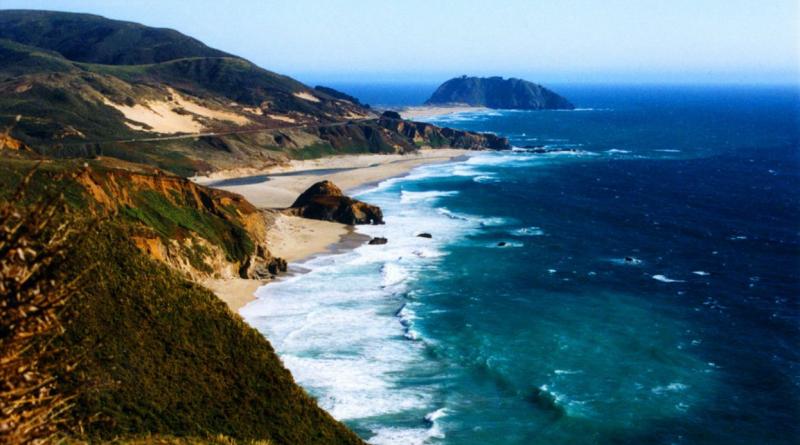 In the summer of 2015, Laurie Weitkamp was walking on the beach near her coastal Oregon home when she saw something strange: The water was purple. A colony of tunicates, squishy cylindrical critters that rarely come to shore, had congregated in a swarm so thick that you could scoop them out of the water with your hand. "I'd never seen anything like it," she says.

Weitkamp, a research fisheries biologist with the Northwest Fisheries Science Center in Newport, Oregon, knew that something had been afoot in the northeast part of the Pacific Ocean since the fall of 2013, which was unusually sunny, warm and calm. A mass of warm water stretched from Mexico to Alaska and lingered through 2016, disrupting marine life. Tunicates weren't the only creature affected; sea nettle jellyfish all but disappeared, while water jellyfish populations moved north to take their place, and young salmon starved to death out at sea,according to a report by Weitkamp and colleagues. Scientists dubbed this event "The Blob."

Marine heat waves like The Blob have cropped up around the globe more and more often over the past few decades. Scientists expect climate change to make them even more common and long lasting, harming vulnerable aquatic species as well as human enterprises such as fishing that revolve around ocean ecosystems. But there's no reliable way to know when one is about to hit, which means that fishers and wildlife managers are left scrambling to reduce harm in real time.

Now, oceanographers are trying to uncover what drives these events so that people can forecast them and so minimize the ecological and economic damage they cause.

The Blob, which lasted three years, is the longest marine heat wave on record. Before that, a heat wave that began in 2015 in the Tasman Sea lasted more than eight months, killing abalone and oysters. A 2012 heat wave off the East Coast of Canada and the U.S., the largest on record at the time, pushed lobsters northward. It beat the previous record — a 2011 marine heat wave that uprooted seaweed, fish and sharks off western Australia. Before that, a 2003 heat wave in the Mediterranean Sea clinched the record while ravaging marine life.

Heat waves are a natural part of ocean systems, says Eric Oliver, an assistant professor of oceanography at Dalhousie University in Nova Scotia, Canada. As with temperature on land, there's an average ocean temperature on any particular day of the year: Sometimes the water will be warmer, sometimes it will be colder, and every once in a while it will be extremely warm or cold.

But greenhouse gas emissions have bumped up the average temperature. Now, temperatures that used to be considered extremely warm happen more often — and every so often, large sections of the ocean are pushed into unprecedented heat, Oliver says.

Pelagic ocean ecosystems, however, have not caught up to these hotter temperatures. Organisms may be able to survive a steady temperature rise, but a heat wave can push them over the edge.

When blue swimmer crabs started dying in western Australia's Shark Bay after the 2011 heat wave, the government shut down blue crab fishing for a year and a half. This was hard on industry at the time, says Peter Jecks, managing director of Abacus Fisheries, but it managed to save crab populations. Not all creatures were so lucky — abalone near the heat wave's epicenter still haven't recovered.

"If you don't have strong predictions [of marine heat waves], you can't be proactive. You're left to be reactive," says Thomas Wernberg, an associate professor of marine ecology at the University of Western Australia.

After Wernberg saw his region's sea life devastated by the heat wave, he recruited scientists from many disciplines in 2014 to begin studying these extreme events in what became the Marine Heatwaves International Working Group. The group held their first meeting in early 2015 and has since created protocols for defining and naming marine heat waves, tracking where they happen and measuring their ecological and socioeconomic impacts.

If we could see heat waves coming, aquaculturists, fishers and wildlife managers would have a better chance at saving money and species, Wernberg says. Seafood farmers could hold off stocking their aquaculture facilities with vulnerable species. Lawmakers could enact seasonal fishing closures or temporarily expand protected areas. Scientists could store animals or seeds of vulnerable plants.

That's why scientists around the world are trying to understand what triggers extreme warming in the ocean. Oliver is one such scientist. He feeds ocean data gathered by scientists, satellites, buoys, and deep-diving robots into computer modeling software to identify the forces that drive marine heat waves.

For an example of an ocean-driven heat wave, Oliver points to the 2015 Tasman Sea heat wave. An ocean current that flows south down the East Coast of Australia normally veers toward New Zealand, but in 2015 it pulsed westward toward Tasmania, bringing a wave of warm water from the tropics that lingered more than six months. "Tropical fish were seen in water that is normally almost subpolar in temperature," Oliver says.

On the other hand, a 2019 heat wave in the Pacific, the so-called "Blob 2.0," was brought down from the atmosphere, according to Dillon Amaya, a climate scientist at the University of Colorado, Boulder. Using computer models, Amaya found that this heat wave emerged when a weather system over the Pacific lost steam, leading to weaker-than-usual winds. Wind helps cool the ocean by evaporating surface water in the same way a breeze cools a person's sweaty skin. But stagnant air above the Pacific locked more of the sun's heat into the water that year.

Amaya is able to simulate heat waves thanks to recent technological advances. Scientists have known for decades that marine heat waves exist, he says, but "we have just begun to recognize these events as unique and deterministic — something we can predict — in the last five to 10 years."

That understanding inspired researchers to build computer simulations capable of playing out complicated ocean processes by weaving together information about ocean and atmospheric currents, sea surface temperature and salinity. Creating these simulations helps them learn more about heat wave mechanics, which lays the groundwork for predicting future events.

Back in Oregon, Weitkamp is part of the group that manages the Pacific Salmon Treaty between the U.S. and Canada. As heat waves like The Blob and Blob 2.0 deplete fish populations, the group is trying to figure out how to create policies better suited to this new normal. Knowing when the next one might hit could help.

"These heat waves have been a good wake-up call," she says. "People are trying to figure out how they're going to adapt."