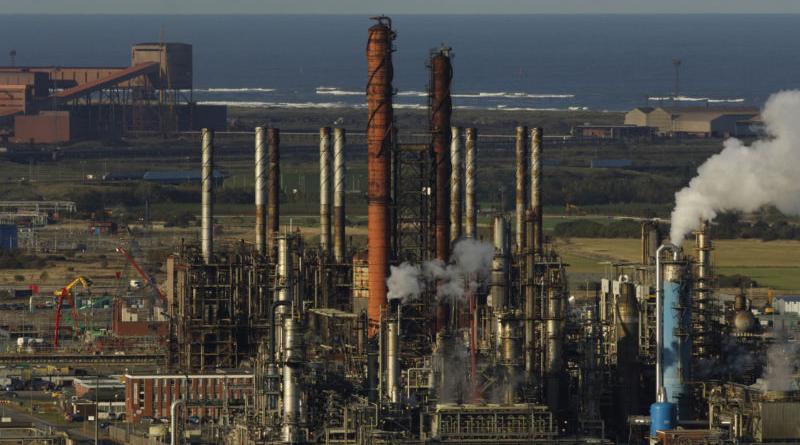 The amount of renewable energy needed to clean up the chemical industry is dramatic.

When we think about climate change, we most often think about emissions from two sectors: energy and transportation. But industry makes a big contribution to climate change, too. Industrial emissions come from a lot of different things, including the manufacture of common chemicals. Often, these chemicals are made by reforming fossil fuels using heat that's also provided by burning fossil fuels.

Overall, the chemical industry consumes about 10 percent of global final energy, according to the International Energy Agency.

In a recent PNAS paper, researchers from universities in Germany and California tried to estimate how effectively the chemical industry could decarbonize and whether such a decarbonization is likely.

The result? If we develop certain technologies, "greening" the chemical manufacture industry can reduce CO2 emissions significantly. But the transition would require so much renewable energy that it's far more efficient to focus on decarbonizing transportation and even residential heating first.

The researchers looked at 20 large-volume chemicals made from fossil-fuel-based hydrocarbons, including paraxylene (a feedstock in the creation of polymers and polyester), toluene (which isfound in paint thinner, contact cement, and some types of glue), propylene (which is found in film, fiber, packaging, and clothing), and methane (which is refined to make rocket fuel as well as hydrogen for industrial ammonia synthesis).

They then looked at how those industrial chemicals could be formed without the direct use of fossil fuels. Generally, this requires some combination of capturing CO2 and using renewable electricity to reform that CO2 to a synthetic hydrocarbon.

The researchers divided potential methods of captured-carbon chemical creation into "technology readiness levels" (TRLs). High-TRL methods can be implemented in the near future but generally have less of an impact on carbon emissions, while low-TRL methods require more investment and study before they can be deployed, but they make chemical creation nearly climate-neutral.

What the researchers found is that there is a clear technical path to reducing the chemical industry's emissions with carbon capture, but real-world economics limited the actual deployment of these technologies.

The limiting factor? Electricity. Creating synthetic, "green" hydrocarbons from captured CO2 would require enormous amounts of renewable (or nuclear) energy. Carbon capture in the chemical industry "could only reduce GHG emissions on the large scale with the joint massive expansion of electricity production capacities," the paper notes. "As a result, the carbon footprint of electricity from the technologies used to expand the electricity production capacities will determine the climate benefits" of creating a low-carbon chemical industry.

The researchers conclude that pursuing carbon capture and utilization to green the chemical industry could be an avenue for growth if they're carefully located near sources of CO2 in areas where off-grid wind and solar can be added nearby. "Many of these areas are located in Africa, Australia, and South America, where the amount of available renewable energy resources is more than 50 times higher than the current total primary energy demand," the paper notes. So there seems to be a good match there.

But if a chemical refinery is getting electricity from a wider grid, especially in a dense urban area, it makes more sense to focus our limited low-carbon electricity on efforts to decarbonize transportation and heating. "[E]ven the installation of electric boilers to substitute natural gas boilers reduces the climate impact more than all hydrogen-based CCU [carbon capture and utilization] technologies except the CO2-based production of paraxylene and styrene," the paper says.

Ultimately, a one-size-fits-all approach to decarbonizing the chemical industry might not meet the carbon-reducing priorities that our world needs.

How to take the ‘petro’ out of the petrochemicals industry.