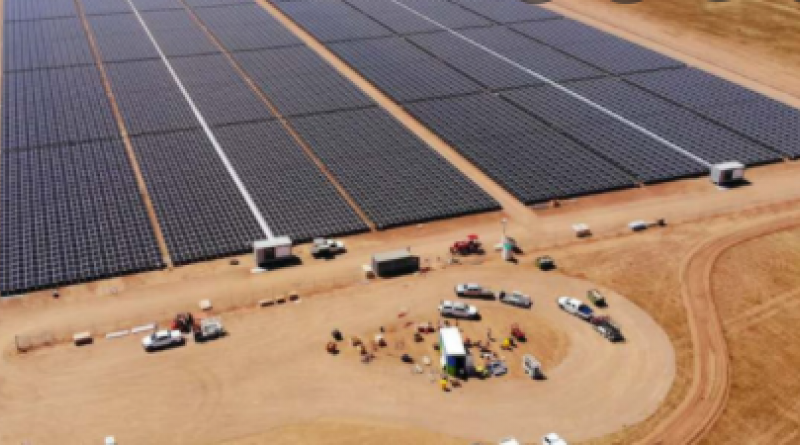 Records continued to tumble on Australia’s main electricity grid on Monday, with the share of renewable energy smashing through 60 percent for the first time, just a day after it had set a new record of 59.8 percent.

According to Dylan McConnell, from the Climate and Energy College in Melbourne, and using data from OpenNEM, the share of wind, solar and hydro reached 60.1 per cent at 12.10pm on Monday, exactly one day and 15 minutes after it set the previous peak on a sleepy Sunday.

The fact that this new peak occurred on a working day rather than a weekend is also significant, and highlights the increasing pace of the green energy transition in Australia, as more wind and solar – and rooftop installations – are rolled out across the country.

Spring has been dubbed the season of records by the Australian Energy Market Operator, and new benchmarks have been set for the growing share of renewables, the shrinking output of coal, and new lows for “minimum operating” demand over the last few weeks.

More records will fall in coming weeks, months and years, as the rollout of wind and solar continues, and particularly as more storage – both battery and pumped hydro – enters the grid.

AEMO is expecting rooftop solar alone to reach 100 per cent of demand in the state of South Australia some time this spring – most likely in October – which would be a first for a gigawatt-scale grid in the world. It is also predicting that rooftop solar could meet up to 75 per cent of demand on the entire main grid at certain times over the next five years, and is preparing the national grid to accommodate times of up to 100 per cent wind and solar by 2025.