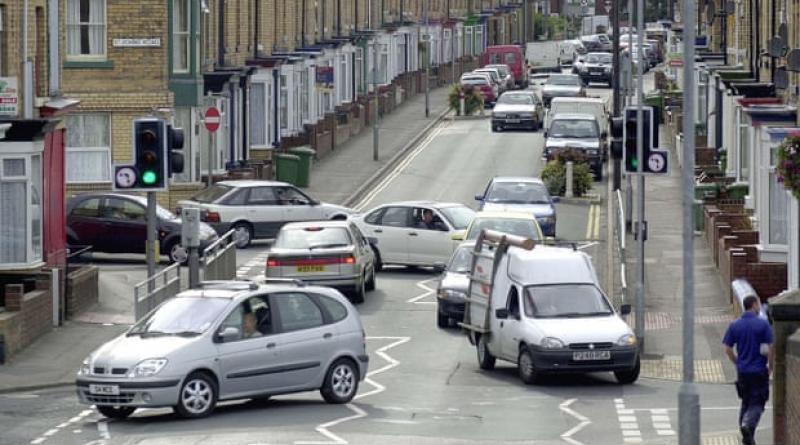 There is no evidence schemes that try to limit “rat-running” traffic along residential streets disproportionately benefit better-off households, research has concluded, contradicting a common view cited by objectors.

A study of low-traffic neighbourhoods (LTNs), which have mushroomed as part of efforts to boost walking and cycling amid coronavirus, found that the vast majority of people lived on streets that could be part of such schemes.

There was minimal difference on the likelihood of this for households on lower incomes, people from minority ethnic groups, or those with disabilities, said the report, which found “no clear social equity problem related to LTNs”.

The report focused on London, where schemes to filter through traffic from residential streets have existed for decades, but which saw a rush of more than 70 LTNs created across various boroughs between March and September. A number of other cities around the UK, including Edinburgh, Leeds, Manchester and Bristol, have introduced or are discussing LTNs.

A number of these have proved controversial, with critics arguing that filtering residential streets simply pushes traffic elsewhere, notably on to main roads and high streets, forcing congestion, noise, pollution and danger towards poorer residents.

The study, by Prof Rachel Aldred and Dr Ersilia Verlinghieri from Westminster University’s Active Travel Academy with climate charity Possible, stresses, however, that measures should be taken to alleviate traffic flow on bigger roads.

But it notes that across London about 90% of people live on residential streets, with few disparities across demographic differences such as income, age, ethnic background, disability and access to a car. At least 87% of people from each group lived on a residential street.

The authors said: “Interventions in general that improve all residential streets within an area should benefit most people living there in each demographic category.”

In mapping the location of LTNs installed across London during the pandemic, the report found they have disproportionately benefited people in lower-income boroughs, such as Lambeth, Hackney and Islington, with fewer set up in wealthier areas.

Hirra Khan Adeogun, senior campaigner at Possible, said: “Much of the controversy around low traffic neighbourhoods is based on the false perception that they only benefit wealthy people living in residential areas. This report not only busts that myth but shows that in fact 9 in 10 Londoners could benefit from these measures - with those living in poorer neighbourhoods first in line.”

The authors also reject another common objection to LTNs and similar schemes that try to nudge people away from short car journeys to other transport means – that all they do is move congestion to neighbouring streets.

Walthamstow, in north London, introduced an early incarnation of LTNs in 2014, and while vehicle traffic reduced on streets within the scheme, it rose on boundary roads. However, the new study compared this growth to more general traffic variations, finding it did not seem beyond normal patterns.

London has seen a series of protests by some local residents against LTNs, with a handful of boroughs reacting by amending or scrapping their schemes in response.

But the Department for Transport, which last week released an extra £175m for councils to create LTNs, cycle lanes and other interventions, is pointing local authorities to polls suggesting such plans tend to be popular with the majority of people.

Grant Shapps, the transport secretary, has written to councils receiving new grants about the need for consultation on LTNs, while stressing this should involve objective polling rather than “listening only to the loudest voices or giving any one group a veto”.

He wrote: “Very few changes to anything will command unanimous support, and we do not ask it for these schemes. But there is clear evidence that for all the controversy they can sometimes cause, ambitious cycling and walking schemes have significant, if quieter, majority support.”

The report’s authors make a series of recommendations, including that boroughs without LTNs introduce them, especially ones with high levels of deprivation. They also say that more needs to be done by boroughs in outer London.

Aldred said: “The report shows us that the large majority of Londoners, whatever their age, ethnicity, or income level, live on residential streets.

“This is, of course, not an argument for forgetting the one in 10 who live on high streets and main roads, but it does highlight the wide reach of low-traffic neighbourhoods, which are most easily introduced in residential streets.”