Looking back on America’s summer of heat, floods and climate change: Welcome to the new abnormal 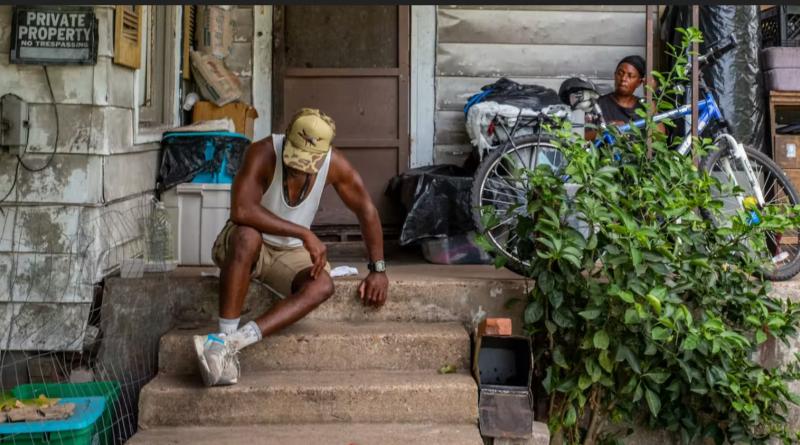 The summer of 2022 started with a historic flood in Montana, brought on by heavy rain and melting snow, that tore up roads and caused large areas of Yellowstone National Park to be evacuated.

It ended with a record-breaking heat wave in California and much of the West that pushed the power grid to the breaking point, causing blackouts, followed by a tropical storm that set rainfall records in southern California. A typhoon flooded coastal Alaska, and a hurricane hit Puerto Rico with more than 30 inches of rain.

In between, wildfires raged through California, Arizona and New Mexico on the background of a megadrought in Southwestern U.S. that has been more severe than anything the region has experienced in at least 1,200 years. Near Albuquerque, New Mexico, a five-mile stretch of the Rio Grande ran dry for the first time in 40 years. Persistent heat waves lingered over many parts of the country, setting temperature records.

The United States is hardly alone in its share of climate disasters.

In Pakistan, record monsoon rains inundated more than one-third of the country, killing over 1,500 people. In India and China, prolonged heat waves and droughts dried up rivers, disrupted power grids and threatened food security for billions of people.

In Europe, heat waves set record temperatures in Britain and other places, leading to severe droughts and wildfires in many parts of the continent. In South Africa, torrential rains brought flooding and mudslides that killed more than 400 people. The summer may have come to an end on the calendar, but climate disasters will surely continue.

This isn’t just a freak summer: Over the years, such extreme events are occurring in increasing frequency and intensity.

Climate change is intensifying these disasters

The most recent international climate assessment from the United Nations’ Intergovernmental Panel on Climate Change found significant increases in both the frequency and intensity of extreme temperature and precipitation events, leading to more droughts and floods.

A recent study published in the scientific journal Nature found that extreme flooding and droughts are also getting deadlier and more expensive, despite an improving capacity to manage climate risks. This is because these extreme events, enhanced by climate change, often exceed the designed levels of such management strategies.

Extreme events, by definition, occur rarely. A 100-year flood has a 1% chance of happening in any given year. So, when such events occur with increasing frequency and intensity, they are a clear indication of a changing climate state.

The term “global warming” can sometimes be misleading, as it seems to suggest that as humans put more heat-trapping greenhouse gases into the atmosphere, the world is going to get a bit warmer everywhere. What it fails to convey is that warming temperatures also lead to a more violent world with more extreme climate disasters, as we saw this past summer.

Much of this is well-understood and consistently reproduced by climate models.

As the climate warms, a shift in temperature distribution leads to more extremes. The magnitudes of changes in extreme temperature are often larger than changes in the mean. For example, globally, a 1 degree Celsius increase in annual average temperature is associated with 1.2 C to 1.9 C (2.1 Fahrenheit to 3.4 F) of increase in the annual maximum temperature.

In addition, global warming causes changes in the vertical profile of the atmosphere and equator-to-pole temperature gradients, leading to changes in how the atmosphere and ocean move. The temperature difference between equator and the poles is the driving force for global wind. As the polar regions warm at much higher rates then the equator, the reduced temperature difference causes a weakening of global winds and leads to a more meandering jet stream.

Some of these changes can create conditions such as persistent high-pressure systems and atmosphere blocking that favor more frequent and more intense heat waves. The heat domes over the Southern Plains and South in June and the West in September are examples.

The initial warming can be further amplified by positive feedbacks. For example, warming increases snow melt, exposing dark soil underneath, which absorbs more heat than snow, further enhancing the warming.

Warming of the atmosphere also increases its capacity to hold water vapor, which is a strong greenhouse gas. Therefore, more water vapor in the air leads to more warming. Higher temperatures tend to dry out the soil, and less soil moisture reduces the land’s heat capacity, making it easier to heat up. 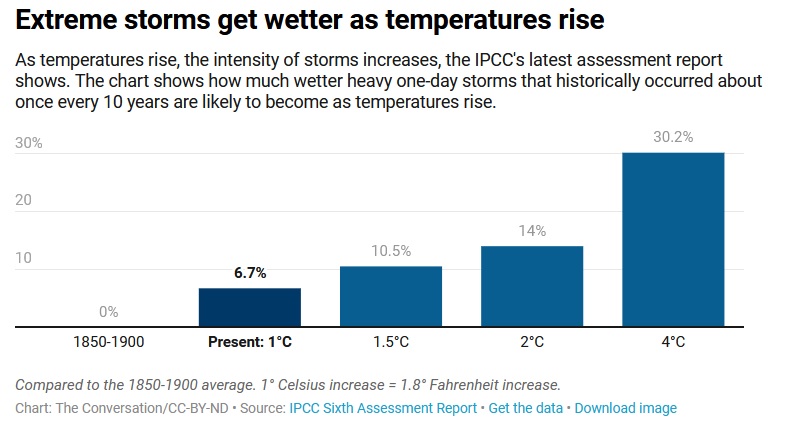 Higher temperatures increase the atmosphere’s capacity to hold moisture at a rate of about 7% per degree Celsius.

Even though it’s difficult to link specific extreme events directly to climate change, when these supposedly rare events occur with increasing frequency in a warming world, it is hard to ignore the changing state of our climate.

So this past summer might just provide a glimpse of our near future, as these extreme climate events become more frequent.

To say this is the new “normal,” though, is misleading. It suggests that we have reached a new stable state, and that is far from the truth.

Without serious effort to curb greenhouse gas emissions, this trend toward more extreme events will continue. Things will keep getting worse, and this past summer will become the norm a few years or decades down the road – and eventually, it will seem mild, like one of those “nice summers” we look back on fondly with nostalgia.

Professor of Geology and Environmental Geosciences, University of Dayton

Shuang-Ye Wu does not work for, consult, own shares in or receive funding from any company or organization that would benefit from this article, and has disclosed no relevant affiliations beyond their academic appointment.