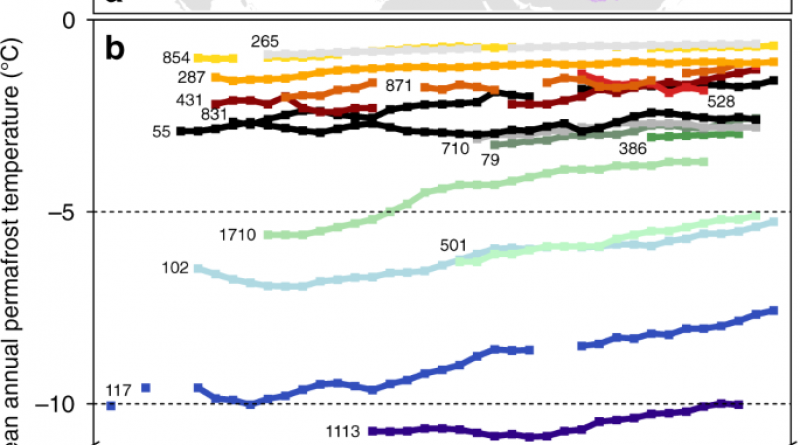 Covering 18 million sq km, northern hemisphere permafrost areas have been warming since the 1980s, according to the Intergovernmental Panel on Climate Change’s latest report on oceans and cryosphere. The total carbon released each year may rival present-day emissions from all EU countries by the end of century – and are expected to amplify future climate change.

The new 21-year satellite-derived record details the annual changes to the northern hemisphere permafrost soils from 1997—2018. This is the longest satellite permafrost record currently available, and extends the time-series by seven years.

Long-term satellite-derived records such as these are a key tool to evaluate and improve global climate models and confidence in the predictions of both future emissions and change.

Permafrost cannot be directly observed from space. Instead, the research team, led by Annett Bartsch from B.geos, combine global satellite data products for land surface temperature and land cover with in situ measurements and the ERA5 climate reanalysis to generate a picture of the permafrost ground conditions.

The resulting one-kilometre resolution dataset provides permafrost ground temperatures at 1m, 2m, 5m and 10m of the ‘active layer’ – the depth to which the top layer of soil thaws during the summer and freezes again during the autumn. The team also derive and provide permafrost extent data, a standard parameter used for a variety of related applications.

Although currently short of the three-decade minimum required to identify a climate signal, the 21-year record shows interesting trends, according to Dr Bartsch who points to rising ground temperatures, and greater variability along coastal areas and at high arctic latitudes.

“Average ground temperatures are rising at a rate of one degree Celsius per decade in the record,” explains Dr Bartsch, adding that, “Wider temperature variation can be observed along the coasts of  east Russia and northwest Canada bordering the Chukchi sea – where rates of coastal erosion are some of the highest in the world, and are, in part, exacerbated by permafrost thaw conditions.”

An unusually warm summer in 2020 in northern Russia, led to ground conditions becoming unstable, contributing to a major diesel oil leak at a facility near the town of Norilsk. The incident threatened to pollute the Arctic Ocean and highlights some of the consequences of changing permafrost.

“Although ground temperatures remained close to zero degrees, on-going slow seasonal ground ice melt and a deepening of the active layer can be observed in the data,” explains, Dr Bartsch’s colleague, Prof Westermann of the University of Oslo and the developer of the satellite-retrieval scheme.

Moving forwards, the permafrost project team is working to integrate snow extent observations into their model to supplement or replace modelled snow data, and develop Arctic-specific land cover maps that will for example help to further improve represent soil and ground temperature further. 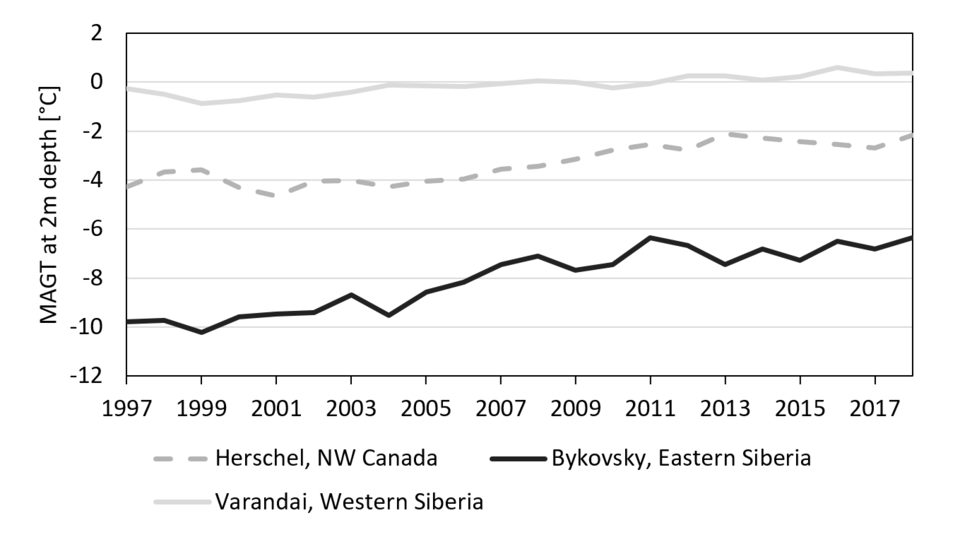