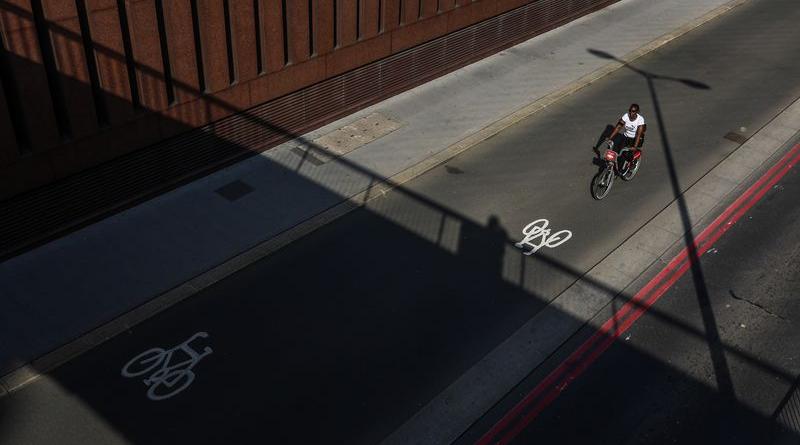 To get London moving again, the city’s mayor wants to drastically increase space for bicycles and pedestrians, measures that could permanently transform the capital.

Proposals by Mayor Sadiq Khan include more cycle lanes, wider sidewalks and reducing speed limits in some neighborhoods to reduce pressure on subway and bus services. The measures join efforts in other major European cities to get populations moving while maintaining social distancing that would be impossible on packed public transport.

“The capacity of our public transport will be dramatically reduced post-coronavirus as a result of the huge challenges we face around social distancing,” Khan said in a statement on Wednesday. “Creating temporary cycle lanes and closing roads to through traffic we will enable millions more people to change the way they get around our city.”

Use of London’s subway system will be severely restricted when more of the city’s workers return to work, the BBC reported on Tuesday, citing a report from Transport for London. If two-meter gaps were implemented, the system would only be able to board 50,000 passengers every 15 minutes with a full timetable, compared with 325,000 at peak rush hour before the pandemic.

Already, a cycling boom by Britons staying healthy by cycling during the nationwide lockdown has given a boost to shares in car and bicycle parts seller Halfords Group Plc. The firm’s shares surged as much as 15.6% on Wednesday after like-for-like sales fell less than expected in the four-week period to May 1. Its cycling business performed strongly.

As part of the London plan: