Kenya's 'World's Best Teacher' gives away 80% of his monthly income to help the poor. 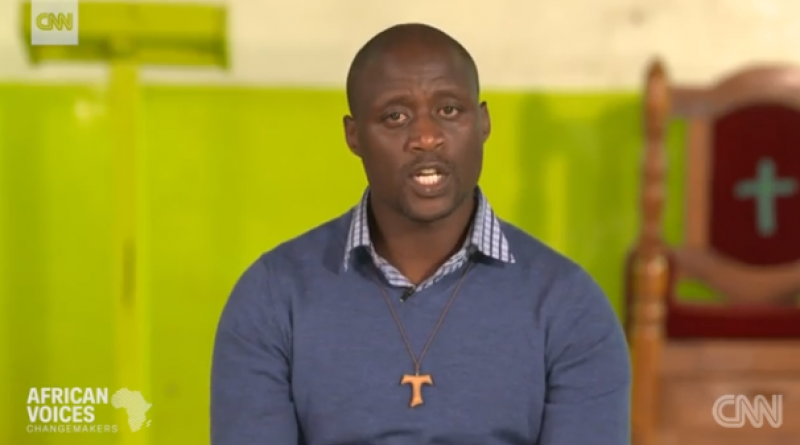 Born in Kiisi, 37-year-old Tabichi is from a family full of teachers.

In March, he won the Varkey Foundation 2019 Global Teacher Prize for his achievements in the remote and overpopulated Keriko Mixed Day Secondary school where he teaches math and physics.

The award, which comes with a $1 million prize was announced in a ceremony in the United Arab Emirates, recognizing his "dedication, hard work and passionate belief in his student's talent."

Most of them -- 95% -- are from poor families, and almost a third of them are orphans or have only one parent. 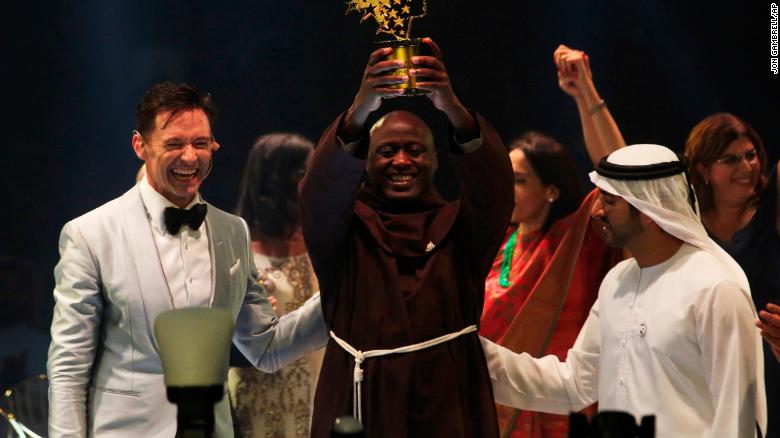 "It's a community that is in a rural setup ... they don't have access to many facilities like banking and health facilities. There also are a number of challenges, there is water shortage, food insecurity, and poor infrastructure," Tabichi told CNN.

Despite limited resources, Tabichi's students have won multiple science awards under his direction and even traveled internationally.

He expanded the school's science club, helping his students design projects that now compete in local and international competitions.

In 2018, he mentored students through the Kenya Science and Engineering Fair where they showcased a device they invented to allow deaf and blind people to measure objects. The science club also won an award from the Royal Society of Chemistry after using local plant life to generate electricity.

"It gives me great joy when you work with students, when you give them that close mentorship, and then at the end of it, they are able to come up with something really creative," he said.

"When you see that a student is able to shine, is able to get the best grades, is able to beat other students or move to the regional level even international level it gives you joy," he added.

Keriko Mixed Day Secondary School has poor internet connection but Tabichi still uses technology in 80% of his lessons to engage students. He says he visits internet cafes and saves online content to be used offline while in class.

"Our way of life is to give more"

Tabichi says he is inspired to help his students because he grew up in similar conditions.

"The students that I teach go through the same challenges that I went through so they remind me of those challenges. I used to walk to school for long-distance, 7 kilometers, and that's what I see my students also facing," he told CNN.

His secondary school did not have a library or adequate learning facilities, so pushing through school was difficult, he said. The home was also challenging because his father struggled to give eight children, including him, access to education.

A graduate of education science from Egerton University, Tabichi gives out 80% of his income to his school and community projects.

Through his donations, the school has been able to build new classrooms.

He also plans to bring water to the school, and set up high-speed Wi-Fi and a modern computer lab.

His drive to give comes from being a Franciscan brother, a religious order of men within the Catholic church, he said.

The brothers take vows of celibacy, poverty and obedience to the gospel way of life that values simplicity, justice and care for the earth. Tabichi carries these values everywhere he goes.

"Our way of life is to give more and as a Franciscan brother I believe that it is in giving that you are able to receive," he said.

The Franciscan motto is "Paz et Bonum" which means peace and goodness, it is one Tabichi tries to spread throughout his community in central Kenya.

Tabichi says he wants to use his 2019 Global Teacher Prize to give back to the society and promote Science Technology Engineering and Math (STEM).

He has plans to mentor more students in the science club to build solutions to everyday problems faced in their region.

"I want to use this award to empower and inspire the society ... I want to use it to address challenges that society is facing and I have been promoting STEM learning," he said.

Part of his winnings have also been put into repainting classrooms and providing access to water for the students and the community.

The Kenyan president, Uhuru Kenyatta, described Tabichi as a "shining example of what the human spirit can achieve."

"Peter, your story is the story of Africa, a young continent bursting with talent," Kenyatta said in a video.

Tabichi says he will continue to inspire his students and community to be better.

"My message to people is that every person is in existence because of a reason ... There is a special reason why you are born and therefore you have a special role to play in the society."

Activist Catherine Flowers: the poor living amid sewage is 'the final monument of the Confederacy'.

At least 80 million children under one at risk of diseases such as diphtheria, measles and polio as COVID-19 disrupts routine vaccination efforts, warn Gavi, WHO and UNICEF.