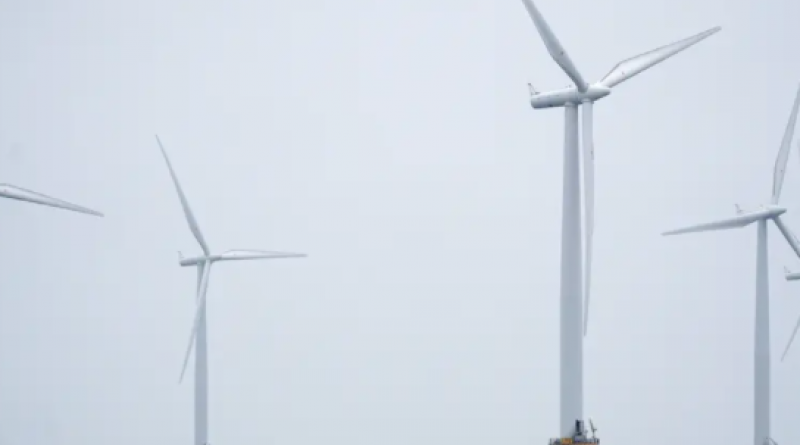 Exclusive: Survey of 600 offshore workers suggests expensive training costs could be stopping many from moving from fossil fuels into renewables

The UK’s transition away from fossil fuels to renewable power could be put at risk by barriers facing oil and gas workers looking to move into green jobs, campaigners say.

A survey of 600 offshore workers found that those looking to move from the fossil fuel industry into green jobs in renewable power currently face costly training fees, discouraging them from making the transition.

Workers responding to the poll said they are routinely forced to pay out thousands of pounds of their own cash for training courses when moving between one employer and another in the offshore sector, some of which they have already paid to take part in for their current positions.

One 42-year-old who has worked in the oil and gas sector for 20 years said the cost of training could be putting workers off trying to move into green jobs.

“People really need help to make the transition because it’s just virtually impossible to do it yourself with the way things are at the moment,” he told The Independent. None of the oil and gas workers interviewed wanted to provide their names, for fear of losing work.

He added he was hoping to see more opportunities in renewable power as the country transitions away from using fossil fuels.

One 43-year-old who has worked in the sector for 24 years said that he would “love” to see more opportunities in renewable energy.

“I was one of the people living in a bubble thinking ‘that might not be quite right’ when it came to climate change. But it’s really my kids that brought it home to me,” he told The Independent.

“By listening to how they felt, I came to the realisation that the part we play today as adults has an impact on what those children are going to face in their lifetime.”

A fast transition away from fossil fuels towards renewable sources of power such as offshore wind will be needed if the UK is to meet its legal target of net zero emissions by 2050, according to the government’s climate advisers.

The Independent’s Stop Fuelling the Climate Crisis campaign is shining a light on the UK’s oil and gas industry ahead of Cop26, a major climate conference being held in Glasgow in November.

The poll, commissioned by Friends of the Earth Scotland, Platform and Greenpeace and supported by the trade union RMT and Unite Scotland, found that offshore workers currently spend around £1,800 a year on training.

The campaigners are calling on the government to introduce an “offshore training passport” scheme to allow workers to move freely between jobs in oil and gas and renewables without having to repeat past training.

Ryan Morrison, a campaigner at Friends of the Earth Scotland focusing specifically on the “just transition” for workers from fossil to renewable energy, said: “The skills and experience of offshore workers are vital to enable a rapid shift to renewable energy, but workers cannot be expected to fork out thousands from their own pocket to duplicate qualifications they already have.

“Promises of green jobs mean little when this unregulated training regime holds back the opportunity to move between sectors.

“It is time for politicians to listen to these workers by creating a regulated offshore training passport to ensure a just transition for offshore workers.”

Another oil and gas worker, a 60-year-old with 30 years’ experience working offshore, said such a scheme would be the logical way forward.

“It’s like people are being forced to buy their jobs ... It’s a money-making racket as far as I’m concerned,” he said. “Having a system where you don’t have to duplicate training would make much more sense. The training is basically exactly the same for both industries.”

A UK government spokesperson said: “High-skilled workers and the supply chain will not be left behind in oil and gas sector’s transition to a low carbon future.

“Through our landmark North Sea Transition Deal, we are backing the decarbonisation of the oil and gas industry while supporting tens of thousands of jobs across Scotland and the wider UK.

“Through this deal and the Green Jobs Taskforce, we are bringing together businesses, skills providers and trade unions to deliver the expertise and new infrastructure required to decarbonise North Sea production and safeguard the skills necessary to develop new, low carbon industries across the country.”