It’s inspiring hope and change – but what is the IUCN’s green list? 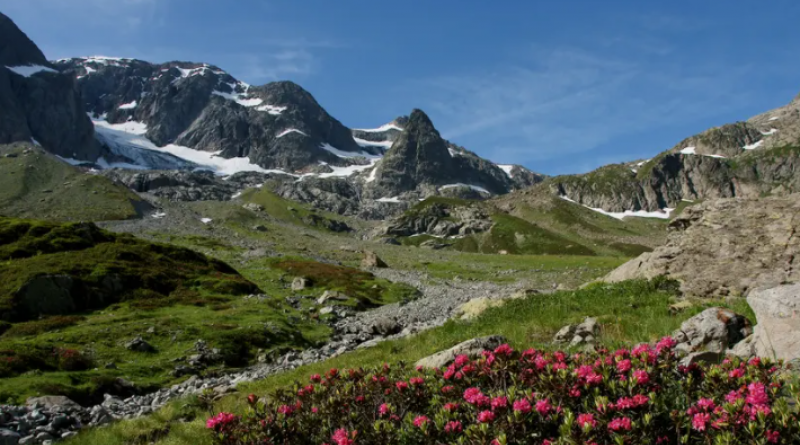 The red list of species at risk is well-known, but the list for protected sites is quietly helping to ‘paint the planet green’

The age of extinction is supported by

When Kawésqar national park was formed in the Chilean part of Patagonia in 2019, just one ranger was responsible for an expanse the size of Belgium. Its fjords, forests and Andean peaks are a precious wilderness – one of the few remaining ecosystems undamaged by human activity, alongside parts of the Amazon, the Sahara and eastern Siberia.

Chilean officials hope that Kawésqar will, one day, meet the high standards for protected areas laid out by the International Union for Conservation of Nature (IUCN) and make it on to the organisation’s “green list”.

The IUCN’s green list of protected and conserved areas is less well known than its red list of threatened species. But this week, 10 more sites – in Switzerland, France and Italy – achieved green list status, bringing the total to 59 sites in 16 countries. Contamines-Montjoie national nature reserve near Mont Blanc was among seven added in France, increasing the country’s sites to 22, the highest number in the world. About 500 sites in 50 countries are working to meet the 17 requirements on good governance, planning, management and preservation of nature to achieve this status.

In Chile, the standard has supported a big conservation drive, including an upgrade of the national park system. The country has established a large network of protected areas in Patagonia, with more rangers in Kawésqar. On Earth Day, Chile announced it was putting forward two parks for green list approval.

“The green list is an opportunity for aspiration and hope. Conservation is often about red lists, threats and potential extinctions. This is the opposite,” says Víctor Lagos San Martín, head of monitoring, development and governance of wild areas at Chile’s National Forest Corporation. “The list helps us work out how we can paint the planet green. It helped our plans for the national park system.”

One of the standard’s strengths is that it does not always reward the usual suspects in conservation, according to James Hardcastle, who leads the IUCN’s green list initiative. It is designed to recognise success stories, big and small. Alongside established national parks, indigenous reserves and provincial parks have achieved the status, while better-known protected areas are still working to get on the list.

Hardcastle says the standard is intended to improve the quality of conservation work around the world and, where necessary, encourage parks and governments to confront difficult truths about indigenous rights and unsustainable tourism models.

“We have about 250,000 protected areas and global studies show that most are not effectively managed,” he says. “Successful conservation only comes when you get the balance of looking after local interests and local values with reference to national and international elements.”

A commitment to protect about 30% of land and sea by 2030 is likely to be agreed at the UN Convention on Biological Diversity, which is scheduled for later this year in Kunming, China.

Dozens of countries, including the UK, Costa Rica and France, have already made the commitment.

Hardcastle hopes green list standards will stop countries imposing strict controls on areas in the name of nature conservation to meet these commitments.

“The green list is not a beauty contest or about showing who is the biggest. We have sites like the Amarakaeri reserve in Peru, which is an indigenous territory. Conservation there is as effective as, if not better than, a strict protection model. When you have smaller sites on the green list, you get a little bit of a competitive edge to achieve it,” he says.

The Amarakaeri communal reserve in the Amazon basin in eastern Peru is managed through a partnership with the government and Harakmbut, Yine and Machiguenga communities, protecting the forest from illegal gold miners, loggers and drug smuggling. The reserve maintains the area’s water quality and operates sustainable nut farming to support local communities.

“I am convinced that you cannot have protected areas for nature if the people that live in and around them don’t benefit. For me, our co-governance model is a big step,” says Asvin Florez Gil, who leads the government side of the Amarakaeri reserve partnership. “Protected areas do not need to be a threat to indigenous communities. Quite the contrary.”

Walter Quertehuari Dariquebe, who represents indigenous communities in the partnership, is clear about the benefits.

“We have learned that development and conservation can go hand in hand. Because conservation has had economic benefits for communities, it’s not seen as a threat,” he says.

“It’s shared governance structure. We make decisions and look for opportunities together. We are different from a national park that is slightly more reserved and structured. In the reserve, we can take advantage of resources in a sustainable way.”