It's almost too late to stop global warming – so what's Malaysia doing about it? 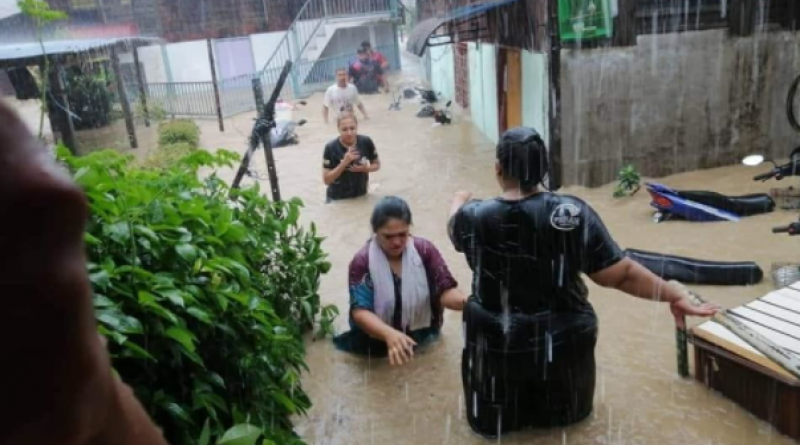 It was almost 25 years ago when I was in the office of the CEO of the Multimedia Development Corporation in Bangunan Getah Asli, Kuala Lumpur. Outside the window, through the haze, you could see the Petronas Twin Towers under construction. While he perused a newly photostated copy of my MSc in Information Technology, he asked me, “Do you know what the MSC is?”

Like most people then, I thought it was a silly name for a national project. But in utmost seriousness, I was told this: The MSC is Malaysia’s attempt to leapfrog into developed nation status by incorporating multimedia technology into how we work and live.

We know all this now. But not so much then. The Internet was just beginning to emerge outside universities and certain government agencies. Then, you were lucky to find companies in Malaysia that had an email address, let alone a website. Using “technology as an enabler” meant printing out letters to be sent by snail mail.

The other side of this promising wonderland was the danger of falling behind in a kind of Red Queen’s race, where you need to run fast just to keep up and sprint at twice the speed to have any chance of “leapfrogging”.

Well, that was a quarter of a century ago, and a lot has happened since then. Specifically, Malaysia as a country has at least managed to keep up with the rest of the world, although not as a trailblazer (26th out of 64 in the IMD World Digital Competitiveness ranking isn’t too shabby).

But IT and going digital is already accepted as something important for Malaysian industry, and I believe the bigger challenge ahead of us now isn’t in bits and bytes, but in Celsius and CO2 levels. I am of course talking about global warming.

Specifically, the Intergovernmental Panel on Climate Change (IPCC, ie the United Nations body for assessing the science related to climate change) rolled out its Sixth Assessment Report on Aug 9, 2021. The first report, titled Climate Change 2021: The Physical Science Basis, pulls together the most up to date understanding of the world’s climate system and the changes it is undergoing.

And in short, the news is bad. The slightly longer version is “The news is bad, and although we can do something about it now, it will be very, very difficult”.

You know the stuff in the news about fires in Greece caused by the worst heatwave in more than 30 years? Buildings swept away by floods in Germany caused by almost two months worth of rain falling in two days? Last year’s Atlantic hurricane season that collectively caused an estimated US$37bil (RM156.7bil) worth of damage in the United States alone?

That’s what we mean by “bad news”. People die, and property is damaged.

Let’s quantify this a little bit more. Human activity over the last 150 years has caused an increase in global surface temperature by about 1°C. This doesn’t sound like a lot until you realise that we are on the edge of a slippery slope. A finding published in 2018 in Proceedings of the US National Academy of Sciences said that an increase of 2°C over pre-industrial times could be the tipping point that “guarantees a climate 4°C to 5°C higher”. To put that in context, that’s just shy of the temperatures seen on Earth 55 million years ago during the Paleocene-Eocene Thermal Maximum, when palm trees and crocodiles lived above the Arctic Circle.

It’s something we’ve suspected for a while now. The 2015 Paris Agreement (Malaysia is a signatory) mandated to keep the rise in global warming to below 2°C (and preferably limit it to 1.5°C) compared with pre-industrial levels. However, this latest IPCC report says there is absolutely nothing we can do to stop temperatures rising by about 1.5°C in the next 20 years. And anything we do now will take decades to have an impact.

Even the most optimistic scenario – that the world immediately adopts green technology and has net zero CO2 emissions by 2050 – has global warming possibly touching 2°C before 2060 (although it will drop after that).

We may be too late. There may be nothing we can do. But that doesn’t mean we shouldn’t try.

Other countries have done this, and their projects and proposals generally have a particular hue to them. The European Union has an “European Green Deal”, South Korea has a “Green New Deal”, while the Centre for Climate Research Singapore has started work on its third national climate change study, and how it will impact the Singapore Green Plan 2030.

Malaysia does have a National Policy on Climate Change, which gives high-level outlines on identifying vulnerabilities and the sectoral policies required. However, it’s hard to draw a direct line from the 10 strategic thrusts and the 43 key actions to actual outcomes that will make a real difference on the ground.

We should be doing more. I’m not talking about you and I observing Earth Day or recycling or driving electric cars. I’m talking about the need for a national initiative to reduce global warming. It’s good for the environment and it will be good for the nation’s economy. For example, South Korea’s version is projecting investments of US$60bil (RM254.13bil) along with more than 650,000 jobs.

Something like the MSC then but instead of trying to leapfrog, we get out from under our coconut shell and start making a difference for the whole world. For if we don’t start sprinting now, we may no longer have a world to run in.

Climate crisis: what can trees really do for us?