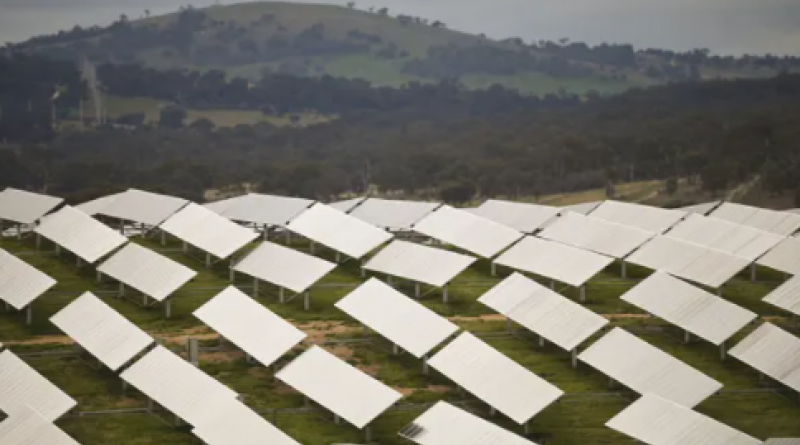 Australian smarts and Chinese industrial might made solar power the cheapest power humanity has seen – and no one saw it coming.

In the year 2000, the International Energy Agency (IEA) made a prediction that would come back to haunt it: by 2020, the world would have installed a grand total of 18 gigawatts of photovoltaic solar capacity. Seven years later, the forecast would be proven spectacularly wrong when roughly 18 gigawatts of solar capacity were installed in a single year alone.

Ever since the agency was founded in 1974 to measure the world’s energy systems and anticipate changes, the yearly World Energy Outlook has been a must-read document for policymakers the world over.

Over the last two decades, however, the IEA has consistently failed to see the massive growth in renewable energy coming. Not only has the organisation underestimated the take-up of solar and wind, but it has massively overstated the demand for coal and oil.

Jenny Chase, head of solar analysis at BloombergNEF, says that, in fairness to the IEA, it wasn’t alone.

“When I got this job in 2005, I thought maybe one day solar will supply 1% of the world’s electricity. Now it’s 3%. Our official forecast is that it will be 23% by 2050, but that’s completely underestimated,” Chase says.

“I see it as the limits of modelling. Most energy system models are, or were, set up to model minor changes to an energy system that is run on fossil fuel or nuclear. Every time you double producing capacity, you reduce the cost of PV solar by 28%.

“We’ve got to the point where solar is the cheapest source of energy in the world in most places. This means we’ve been trying to model a situation where the grid looks totally different today.”

This rapid radical reduction in the price of PV solar is a story about Chinese industrial might backed by American capital, fanned by European political sensibilities and made possible largely thanks to the pioneering work of an Australian research team.

The deep history begins with a succession of US presidents and the quest for energy independence. First was Richard Nixon, who in November 1973 announced Project Independence to wean the US off Middle Eastern oil. Then came Jimmy Carter, who declared the energy transition the “moral equivalent of war” in April 1977 and pumped billions of dollars into renewable energy research, which came to a screeching halt when Ronald Reagan came to power.

But by then, interest had been piqued in Australia.

The father of PV solar

The solar cell was invented when Russell Shoemaker Ohl, a researcher in Bell Labs, noticed in 1940 that a cracked silicon sample produced a current when exposed to light. However, little improvement had been made until the contribution of Martin Green, a young engineering professor working out of the University of New South Wales.

Born in Brisbane, Green had spent some time in Canada as a researcher before circling back home in 1974. A year later he had started a PV solar research group working out of a small university laboratory built with unwanted equipment scrounged from big American engineering firms.

His first experiments, alongside a single PhD student, involved looking for ways to increase the voltage on early solar cells.

“Pretty soon, we started beating all these groups in the US in terms of the voltage we could get,” Green says. “Nasa had a project that had six contractors working on it. We beat them all.”

Not long after, Green and his team began to raise their ambitions. Having boosted the voltage, the next step was building better quality cells. Their early efforts broke the world efficiency record in 1983 – a habit the team would continue for 30 of the next 38 years.

In the very early years of the industry, the received wisdom had been that a 20% conversion rate marked the hard limit of what was possible from PV solar cells. Green, however, disagreed in a paper published in 1984.A year later, his team built the first cell that pushed past that limit, and in 1989 built the first full solar panel capable of running at 20% efficiency.

It was a moment that opened up what was possible from the industry, and the new upper limit was “set” at 25% – another barrier Green and his team would smash in 2008. In 2015, they built the world’s most efficient solar cell, achieving a 40.6% conversion rate using focused light reflected off a mirror.

Rise of the Sun King

Out of this whirlwind of activity, the Chinese solar industry would be born largely thanks to an ambitious physicist named Zhengrong Shi.

Born in 1963 on Yangzhong Island, Shi had earned his master’s degree and come to Australia a year before the Tiananmen Square protests. He had spotted a flyer advertising a research fellowship and talked Green into bringing him on as a PhD student in 1989.

Shi would finish his PhD in just two and a half years – a record that still stands today. By the time he became Dr Shi, he had so impressed Green that he stayed on as a researcher.

With time, the university was increasingly looking to commercialise its world-leading solar cell technology and struck up a partnership with Pacific Power in 1995. The government utility sank $47m into a new company called Pacific Solar. A factory was set up in the Sydney suburb of Botany and Shi was made the deputy director of research and development where he quickly earned a reputation for resourcefulness and precision.

Shi stuck it out for a few years but in November 2000, he was made an offer. At a dinner held at his home, four officials from the Chinese province of Jiangsu suggested the 37-year-old researcher and Australian citizen return to China and build his own factory there. After some consideration, Shi agreed and ended up settling in the small city of Wuxi where he founded SunTech with $6m in start-up funding from the municipal government.

Shi’s arrival caused a stir. The ability to cheaply build conventional PV solar panels with 17% efficiency was far beyond what his competitors were capable of.

“That was a shock to them,” Shi says. “When they saw we were making solar cells of large area and high efficiencies they said, ‘wow’.

“The first reaction was: that’s the future. Everybody said that’s the future. But they also said it was one step too early. What they meant was that there was no market for it yet. In China at the time, if you mentioned solar, people thought of solar hot water.”

All that would change when Germany passed new laws encouraging the uptake of solar power. Quickly it became clear there was a massive global demand and the world’s manufacturers were struggling to keep up with supply.

Spying an opportunity for investment, a consortium that included Actis Capital and Goldman Sachs came knocking to pitch Shi on taking the company public. When the company listed on the New York Stock Exchange in 2005, it raised $420m and made Shi an instant billionaire. A year later he would be worth an estimated $3bn and crowned the richest man in China, earning him the moniker “the Sun King”.

Having shown the way, the Chinese PV solar industry began a massive expansion. SunTech alone boosted its production capacity from 60 megawatts to 500MW, and then to 1 gigawatt in 2009. The company grew so fast, its supplies of glass, polysilicon and electronic systems needed to build its panels came under strain, forcing it to invest heavily in local supply chains.

“And then, you know the rest,” Shi says.

Dirt cheap power – at a price

As with the rest of China, the rate of technological development in the PV solar business makes for an industry that builds itself up one day, tears itself down the next, and then remakes itself again the day after. With razor-thin margins and cut-throat competition, everyone is always one step away from falling.

Around 2012 the world market was flooded with solar panels, sending the price plummeting through the floor, leaving SunTech vulnerable. Already under intense financial pressure, disaster struck when an internal investigation found a takeover bid it had launched had been guaranteed by €560m in fake German government bonds.

Upon discovering the bonds didn’t exist, Shi was removed as CEO of his company and a year later SunTech would file for bankruptcy protection when it couldn’t repay a $541m loan that fell due in March 2013.

Whatever befell SunTech later, the Macquarie University emeritus professor John Mathews says the company played a pivotal role in changing both China and the world forever.

In a quirk of history, what had begun as an American drive to wean itself off oil was eventually taken up by China, which made solar power dirt cheap in the process.

“The Chinese approach to renewables is all about energy security,” Mathews says. “At the scale from which they’re building new industries, they would need colossal imports of conventional fossil fuels, which would cripple them economically.

“They can get around that problem, which is a geopolitical obstacle, by manufacturing their own energy equipment.”

Today Green and Shi keep in touch. Both are working on new projects. Shi is overseeing a new company while 72-year-old Green is looking for new innovations to explore.

One such innovation is the stackable solar cell. Though still a niche technology very much in the early stages, the basic idea is to lay a material over a solar cell in order to boost its power output.

“We think a 40% module, rather than the 22% you can do nowadays with PERC, is what the industry will be doing once we perfect this stacking approach,” Green says. “We’re just trying to find a new cell that will have all the qualities of silicon that we can stack on top of silicon.

“The International Energy Agency now says solar is providing the cheapest energy the world has ever seen. But we’re headed towards a future of insanely cheap energy.