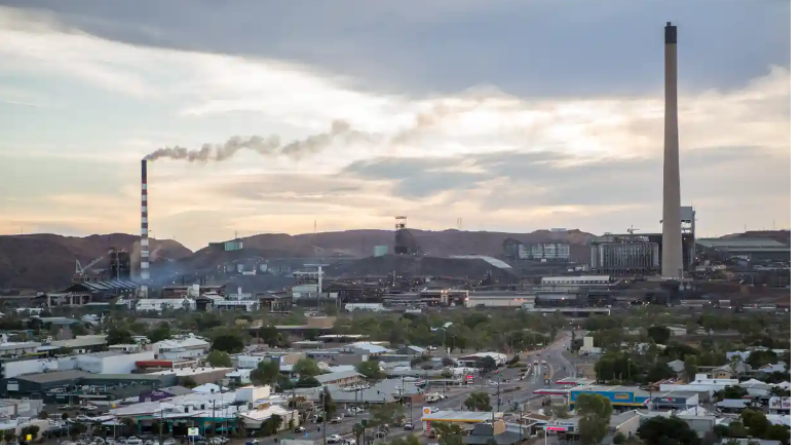 Australia’s biggest polluters need a rigorous emissions reduction regime that avoids exemptions for trade-exposed industries, according to the Grattan Institute, which says decarbonising Australian industry is an “Industrial Revolution against a deadline”.

In a new policy paper released on Monday, Tony Wood, the paper’s lead author, says that the “next Industrial Revolution” for the sector will require the government to implement a range of policies to work towards the net zero by 2050 target while avoiding political opposition and social friction.

“The scale and pace of change required to achieve net zero by 2050 is unprecedented,” Wood says.

“If managed poorly, it will generate social opposition and political friction, which in turn will mean Australia does not capture the large potential benefits of the transition.”

Call for focus on industrial polluters

The report focuses on the need to decarbonise heavy manufacturing and mining, which produce a third of Australia’s carbon emissions. About 80% of industrial emissions are produced by 213 big industrial facilities in Australia.

Key among the report’s recommendations are for a revamped safeguard mechanism which would set a limit on carbon emissions for the country’s biggest polluters.

While the Albanese government has committed to reviving the Abbott-era safeguard mechanism to reduce emissions by 5m tonnes each year, it is yet to outline exactly how it will achieve this.

The model proposed by the Grattan Institute urges the government to allow the trading of carbon credits, saying this would give access to the most economic emissions reductions and “allows for greater ambition”.

In a recommendation already being resisted by some industrial polluters, the report also urges the government not to exempt or shield trade-exposed industries from complying with the new safeguard mechanism, saying it could ultimately increase costs and “push effort on to other sectors of the economy such as agriculture and households”.

“If the government wants to provide assistance with structural adjustment, this should be done outside the Safeguard – for example, through the National Reconstruction Fund,” the report states.

The report also advocates for the mechanism to have stricter thresholds for new entrants and to continually revise down the emissions limit as companies improved their performance.

It currently applies to companies producing more than 100,000 tonnes of carbon emissions annually.

Wood also finds that many government programs and policies may “inadvertently” be pushing emissions up because they were designed before the commitment to net zero was made.

“Beginning with their largest programs, governments should immediately begin reviewing policies that assist the industrial sector and where necessary redesign them to avoid locking in higher-emissions processes and practices.”

In a similar vein, the paper is also critical of existing subsidies for fossil fuels and heavy-polluting industries. As examples, the report highlights the $7.5m government grant to the Beetaloo Basin in the Northern Territory to confirm the size of the gas reserve, and funding through the Northern Australia infrastructure facility for the Olive Downs coalmine in Queensland that will add 609,000 tonnes to national emissions each year.

The $175m Naif loan amounts to subsidising the production of emissions at $8.18 a tonne – as the government simultaneously underwrites emissions reductions at $17.35 a tonne through the Emissions Reduction Fund, a decision the paper labels “inefficient and wasteful of public money and private capital”.

It says that Australian governments have a “sorry track record of propping up uneconomic facilities in regional areas, and justifying this on employment grounds”.

For example, the owners of the Mount Isa copper smelter in western Queensland received more than $100m in subsidies after threatening to close in 2011, 2016 and 2020, “timed with the Queensland election cycle”.

“Governments need to be much better informed about which facilities have a future and which don’t, and clear-eyed about whether facilities in distress are worth saving,” the report says.

The report says that if the government does not manage the coming Industrial Revolution well, Australia’s “social fabric could tear”, especially in the regions of NSW and Queensland where tens of thousands of coal-mining jobs will disappear between now and 2050.

“Coal and gas will inevitably decline, which is frightening for people who rely on those industries for a living and challenging for governments that rely heavily on those sectors for economic growth,” Wood says.

“But if government and industry can forge a new strategic partnership, Australia will be able to create jobs and boost prosperity in a net zero world by building export-oriented industries based on our vast renewable energy and mineral resources.”

The report also suggests that the government consider a windfall profit tax on coal and gas exports to help fund the transition.

“The federal government seems unlikely to fix the petroleum resource rent tax, which is poorly structured and provides almost no revenue. However, at times of extreme international prices, it should consider a windfall profit tax on gas and coal exports above a fair return.

It suggests the government could also establish an “industrial transformation future fund” to share the risk of major capital replacements using low- or zero-emissions technology, and provide funding to industries that can flourish in a net zero global economy.

“Australia must embrace the challenges and grasp the opportunities of the global net zero revolution, because the consequences of failure are too ugly to contemplate and the benefits of success are too great to ignore,” Wood said.