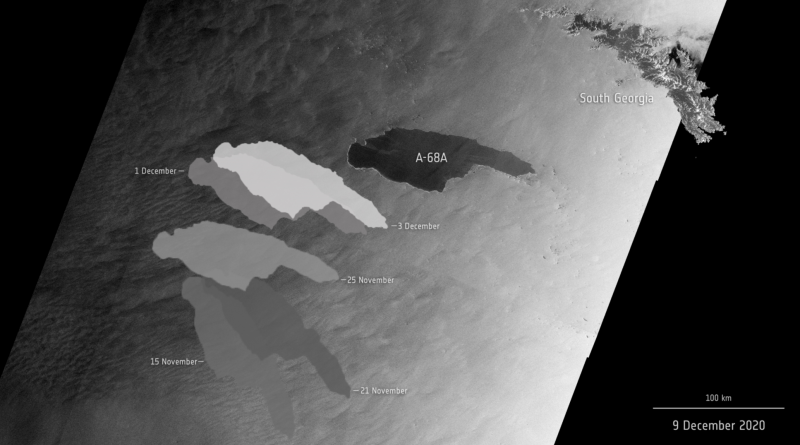 The giant A-68A iceberg could strike land this month – wreaking havoc near the waters of the South Georgia Island.

Since its ‘birth’ in 2017, the iceberg has travelled thousands of kilometres from the Larsen C ice shelf, in Antarctica, and now lies around 120 km from South Georgia. If it remains on its current path, the iceberg could ground in the shallow waters offshore – threatening wildlife, including penguins and seals.

Satellite missions are being used to track the berg on its journey over the past three years. The Copernicus Sentinel-1 radar mission, with its ability to see through clouds and the dark, has been instrumental in mapping the polar regions in winter.