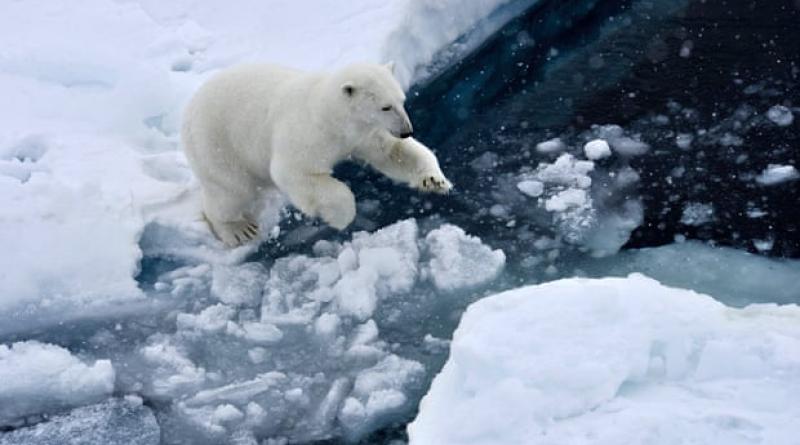 The loss of summer sea ice in the Arctic is now very likely before 2050, new research shows, even if the carbon emissions driving the climate crisis are cut rapidly.

The result has alarmed scientists but they said slashing greenhouse gases remained vital as this would determine whether Arctic summer ice vanished permanently or could recover over time. If emissions remain very high, there is a risk the Arctic could be ice-free even in the dark, cold winter months, a possibility described as “catastrophic”.

The last global scientific assessment of Arctic ice was in 2013. It predicted a complete loss of ice in the month of September, when it reaches its annual minimum, would occur only if CO2 emissions from human activities remained high. The new results are based on 40 of the latest computer models and is the best assessment to date of the fate of the Arctic ice.

Since satellite records began in 1979, summer Arctic ice has lost 40% of its area and up to 70% of its volume, making it one of the clearest signs of human-caused global heating. In 2019, it shrank to its second lowest extent on record.

The loss of the ice exposes the dark ocean, which absorbs more of the sun’s heat and further ramps up temperatures. These changes are also being increasingly linked to more extreme weather including severe winters, deadly summer heatwaves and torrential floods at lower latitudes such as in Europe and the US.

“Alarmingly the models repeatedly show the potential for ice-free summers in the Arctic Ocean before 2050, almost irrespective of the measures taken to mitigate the effects of climate change,” said Ed Blockley, who leads the UK Met Office’s polar climate programme and was one of the team behind the new research. “The signal is there in all possible futures. This was unexpected and is extremely worrying.”

Prof Dirk Notz, at the University of Hamburg, Germany, coordinated the analysis and said: “If we keep global warming below 2C, Arctic sea ice will nevertheless likely disappear occasionally in summer even before 2050. This really surprised us.”

“This is the state-of-the-art in terms of sea ice simulations,” said Till Wagner, of the University of North Carolina Wilmington, US, and not involved in the new study.

The new research, published in the journal Geophysical Research Letters, uses the latest generation of climate models from 21 research institutes from around the world. In climate studies, the Arctic Ocean is said to be ice-free when it shrinks to fragments with a combined area below 1m sq km, which is 75% lower than in 2019.

The models are not perfect and struggle to match closely the ice loss and global warming seen in historical data. “There is still a lot of uncertainty,” Blockley said. “But all the models are clear that the sea ice will continue to decline. At some point, it will be gone, but when that happens is still uncertain.”

Sea ice also varies naturally from year to year, making it hard to predict the date of the first ice-free summer. “There are some models [in which the summer Arctic] goes ice-free in the next few years,” said Blockley. But he cautioned that these are considered outliers and that climate scientists use the combined set of models to calculate the likelihood of events.

Another surprising finding from the study is that an ice-free Arctic in the winter months appears possible if CO2 continues to be emitted at high levels. “That’s not something we’ve seen before in these projections,” Blockley said. “A winter ice-free event would be catastrophic, for some wildlife species [like polar bears] for example, that live and hunt around the sea ice.”

Wagner said the loss of Arctic sea ice could have far-reaching consequences, from increasing global heating to harming wildlife: “It also opens up a new ocean for human exploration, from oil and gas extraction, to increased shipping, to increased tourism, each with their own perils and benefits.”

Blockley said the new research showed cutting carbon emissions remained vital to prevent the worst impacts on the Arctic, adding: “We are showing there is still hope.”