'I wrapped myself in a damp towel': Sydneysiders risk health inside hot homes 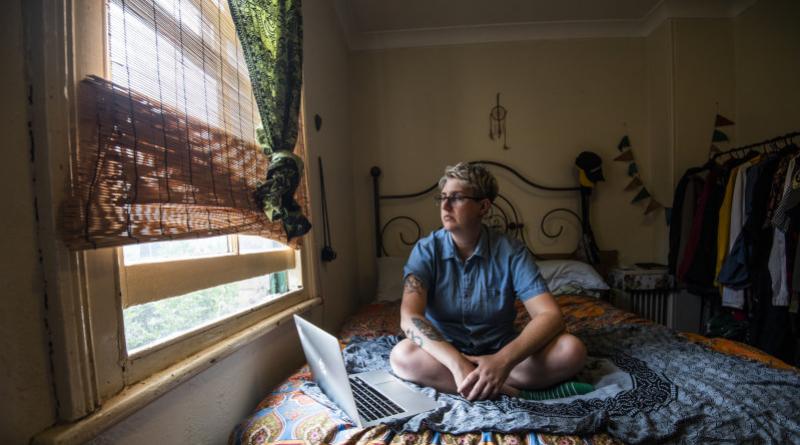 Some Sydney residents are living in homes with room temperatures nudging 40 degrees, as climate change raises temperatures and fear of big energy bills stops people from cooling down.

A study of indoor air temperatures in Sydney homes found 51 per cent of residents surveyed in the summer of 2018-19 felt “uncomfortably hot”.

Older residents were more likely to feel dissatisfied with the air temperatures inside their homes.

Lead author Shamila Haddad, associate lecturer at the University of NSW’s School of Built Environment, said climate change would exacerbate problems with indoor heat and comfort unless adaptation and heat mitigation measures were considered for buildings.

The maximum indoor air temperature recorded was 39.8°C, while the average indoor maximum temperature was about 32°C, according to An extensive study on the relationship between energy use, indoor thermal comfort, and health in social housing, co-authored by Dr Haddad. “Only for a short period, during mid-season, the indoor temperature in these houses fell within the comfort range.”

Emma Bacon, founder of community group Sweltering Cities, said homes in Sydney had not been built to deal with the rising temperatures caused by climate change.

“Too many houses in Australia haven’t been built to keep cool without aircon in the extreme heat of our summers,” she said.

“They aren’t insulated well enough, or aren’t designed to take advantage of cross breeze, have dark surfaces that attract and absorb heat, or don’t have trees to provide shade or cool the land around the house.

Corrie Diamond said she was “dreading” the summer after a couple of days of hot weather last month left her in discomfort and unable to sleep.

“I wrapped myself in a damp towel with ice cubes,” she said. “This helped for a little bit, but I was melting and felt really uncomfortable.”

Ms Diamond lives in a terrace in the inner-city suburb of Darlington, where downstairs remains cool, but she said: “Heat does rise, they say. So my room is constantly hot.”

“I can sit in my bra and knickers working from home, but I have to be careful with Zoom meetings and not have my camera on,” she said.

“We understand the issue of hot homes, which is why we’re investing in upgrades to social housing, greening urban environments and encouraging better housing standards,” she said.

The NSW government is also spending $37.5 million on planting trees across Sydney to increase the green canopy and cool suburbs, she said.

Sweltering Cities is conducting a survey of air pollution and the impact of heat on residents of western Sydney, where temperatures topped 50°C last summer.

Ms Bacon said new building developments with no trees, dark surfaces and expanses of concrete were creating “unbearably hot suburbs where air conditioning is a necessity”.

Fear of a high energy bill stopped some people from switching on air conditioning, she said. “People are baking through hot days in their homes, then when they feel sick with heat they get into their cars with the air conditioning on to cool down for a couple of hours.”

Other people resorted to visiting cooler public spaces such as cinemas, shopping centres or supermarkets to escape the heat, Ms Bacon said. “It’s not a good choice for them - either feel uncomfortably hot at home or find somewhere with aircon.”

Lyrian Daniel, a research fellow in the Housing and Healthy Cities Research Group at the University of Adelaide, said poor design, the increasing density of cities and decreasing green space can contribute to indoor heat.

However, she said hot homes were more a problem of expectations than poor housing design, with people less inclined to use passive cooling strategies such as opening windows.

“In the past, perhaps we would be satisfied with a damp face-washer and pedestal fan to cool us down on hot days,” she said. “These days, we expect to be able to go about our normal day-to-day activities without making these concessions for heat, so we turn on our air conditioning.”

Last decade hottest on record for Australia with temperature almost 1C above average.

Is San Francisco's nightmarish echo of Sydney's summer now a template for fire seasons to come?