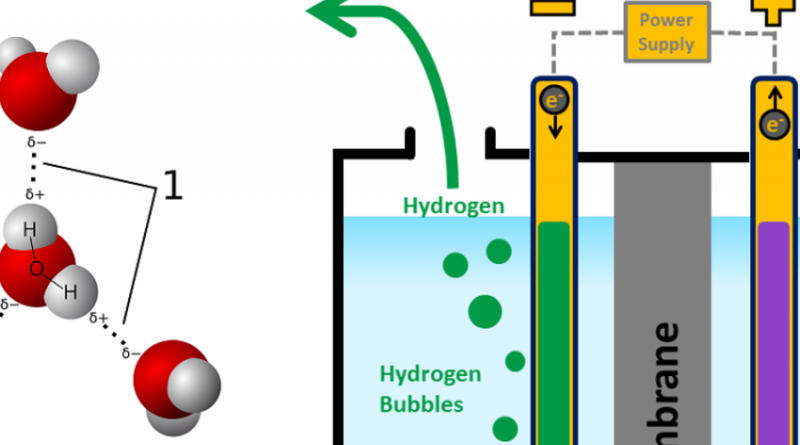 Carbon-free hydrogen production could significantly lower greenhouse gas emissions in power generation and manufacturing, but it will require a mammoth and long-term financial commitment to become cost competitive.

This is according to a new report by BloombergNEF. The research wing of media giant Bloomberg is focused on next-generation energy technologies which also reduce carbon emissions.

Hydrogen can be a zero-carbon substitute for fossil fuels. Companies such as Mitsubishi Hitachi Power Systems (MHPS), GE, Siemens and Ansaldo Energia already are working on programs to blend hydrogen into their turbine fuel mixes.

In fact, the BNEF report says, clean hydrogen deployment could cut about one-third of global greenhouse gas emissions from generation,  heavy duty transportation and industrial manufacturing such as steel making. The concept of clean or green hydrogen requires that renewables such as wind or solar power the electrolysis plants which would create the hydrogen by separating that molecule from water.

“Hydrogen has potential to become the fuel that powers a clean economy. In the years ahead, it will be possible to produce it at low cost using wind and solar power, to store it underground for months, and then to pipe it on-demand to power everything from ships to steel mills,” Kobad Bhavnagri, head of industrial decarbonization for BNEF and lead author of the report, said in a statement.

This vision will not come cheap. Bhavnagri’s report estimates that a hydrogen scale-up would require close to $150 billion in subsidies on the global level. It also factors in a cost applied to carbon such as a tax or allowance policy.

If these policies are put in place, the BNEF report suggests that renewable hydrogen could be produced at between 80 cents to $1.60 per kilogram in most of the world by 2050. That production cost is equivalent to natural gas priced at between $6 to $12 per million British thermal units (mmBtu), according to the report.

Such a price would be competitive with current natural gas prices in Brazil, China, India, Germany and Scandinavia. The cost of electrolyzer technology—which splits water in hydrogen and oxygen components­—has fallen by 40 percent in the past five years, according to BNEF.

Hydrogen does have its competitive challenges elsewhere. For one, U.S. natural gas is abundant and currently costs below $2 per mmBtu in several markets, according to reports. Companies are building liquified natural gas (LNG) export terminals along the U.S. coasts for future delivery to global customers.

Storing and transporting hydrogen also is financially challenging. The BNEF report calculates that an infrastructure investment in storage might cost around $637 billion by 2050.

Putting a price on carbon would help in steel, cement and chemicals production, too. Many countries, particularly in Europe, have a carbon tax policy but the U.S. does not.

Numerous European business leaders have expressed support for the notion of a hydrogen-based industrial economy. Marco Alverá, CEO of Italian energy infrastructure firm Snam, has said that existing gas infrastructure networks and that hydrogen can be blended into gas-fired power generation at relatively small investment up front.

“Europe can turn the hydrogen revolution into a reality and make it affordable for consumers and industry worldwide, while also reaping the industrial benefit of climate leadership,” Alverá wrote in an op-ed to the London-based Financial Times.

In the U.S., MHPS recently was awarded a contract by Intermountain Power Agency to supply two of its M501JAC gas-fired turbines for a long-term hydrogen transition project in Utah. The M501JACs will utilize a 30-percent mix of hydrogen in only five years, with the long-term goal to burn 100 percent by 2045.

A Japanese consortium including Toshiba and Iwantani Corp. is working together on a renewable energy-powered 10-MW class hydrogen production unit. The FH2R project is under construction in the Fukushima Prefecture region.

(Rod Walton is content director for Power Engineering and POWERGEN International. He can be reached at 918-831-9177 and rod.walton@clarionevents.com).

Hydrogen and nuclear will be both be part of the content in the Lowering Carbon with Thermal Generation track at POWERGEN International happening December 8-10 in Orlando, Florida.

For hydrogen to be truly 'clean' it must be made with renewables, not coal.

How green is green gas?