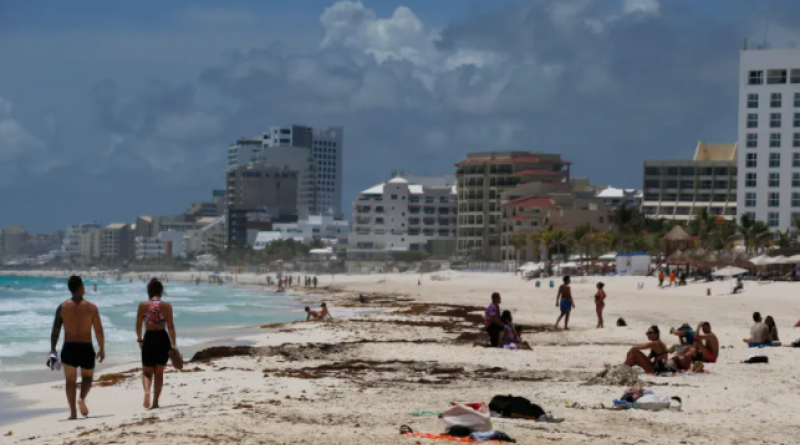 Mexico’s Caribbean coast is readying for the arrival of Hurricane Grace, evacuating some smaller hotels, opening shelters and suspending ferry service to Cozumel as the Category 1 storm churns toward the heart of the country’s tourism industry

Mexico's Caribbean coast readied for the arrival of Hurricane Grace on Wednesday, evacuating some smaller hotels, opening shelters and suspending ferry service to Cozumel as the Category 1 storm drove toward the heart of the country's tourism industry.

Grace was expected to make landfall before dawn Thursday between Tulum known for its low-rise hotels and hip nightlife, and the island of Cozumel. Gov. Carlos Joaquin said that authorities would be evacuating hotels there that were not made to withstand hurricanes and called for a halt to alcohol sales in the region at 5 p.m.

On Wednesday afternoon, Grace had maximum sustained winds of 80 mph (130 kph) and was moving west-northwest at 16 mph (26 kph), according to the U.S. National Hurricane Center. The storm’s center was located about 250 miles (400 kilometers) east of Tulum.

The center said more strengthening was possible before landfall.

On Tulum's main drag, tourists in plastic ponchos splashed through puddles as the wind picked up. On the beach side, the surf grew and beachgoers took shelter from the blowing sand.

Businesses began taping and boarding up windows and lines formed at grocery stores as families stocked up on essentials.

“We’re taking precautions, buying milk, sugar, water and cookies because we don’t know how long we’ll be shut in,” said 21-year-old homemaker Adamaris García, standing in a line of dozens of people at a small store.

Meanwhile, tourists fretted over a lost day at the beach during their vacations.

“For a tourist, this hurricane is really bad because we all have activities scheduled for certain days and if you cancel it impacts our vacation,”said Keny Sifuentes, a 19-year-old from Colombia.

Up the coast in Cancun, fishermen dragged their boats away from the water's edge in preparation.

“Last year it caught us like that (unprepared) because the information we get sometimes is not correct and sometimes we can endure them (the storms.)," said fisherman Carlos Canché Gonzalez. "But I don’t think it will strengthen, and from the experience we have from last year, well, if it does or it doesn’t, we have to protect our equipment. That’s what we live off, we’ve been fishermen for years.”

State authorities said that as of last week, the region was hosting about 130,000 tourists and hotels were more than half full despite the pandemic.