How the 'Worm Moon' helped free the stuck ship Ever Given in the Suez Canal. 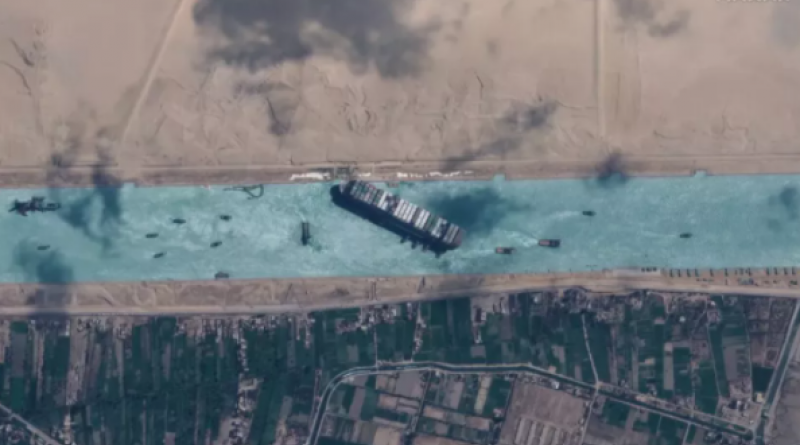 It took a little help from the full moon to free the massive Ever Given cargo ship from its perch stranded in the Suez Canal.

For nearly a week, the boat debacle took the internet by storm: a 1,300-foot-long (400 meters) container ship had gotten wedged into a key trading passageway, blocking all traffic. A digger, dwarfed by the massive boat, came to scratch away at the canal's sides, an allegory of every quixotic attempt we make to manage the behemoth crashes in our own lives.

Even from space, on the International Space Station and 250 miles (400 kilometers) above the fray, all eyes turned to the Ever Given. Russian Cosmonaut Sergey Kud-Sverchkov, who has been living and working in the orbiting laboratory since October, even shared images snapped from his orbital vantage point of the now-notorious Ever Given stuck in the Suez Canal.

"One of the most discussed news is the incident in the #SuezCanal," Kud-Sverchkov wrote. "One of the world's largest container ships #EverGiven has blocked one of the world's busiest shipping lanes. Specialists are making every effort to restore shipping. You can see it now from the @SpaceStation."

The European Space Agency released images from its Copernicus Sentinel-1 satellite comparing typical Suez Canal traffic with the situation on Thursday (March 25), when a traffic jam had built up behind the splayed ship. According to the Associated Press, it may take as long as 10 days for the backlog to clear.

Meanwhile, satellites operated by the U.S. company Maxar watched as rescue efforts came to fruition, with both WorldView-2 and GeoEye-1 satellites from the company offering views of the Ever Given and its surrounding tugboats in the late morning of today (March 29).

But the view of those tugboats had a helping hand from some celestial mechanics. After all, the Suez Canal, like so many other bodies of water, rises and falls with the tides, a side effect of Earth's relationship with our cosmic neighbors.

Tides are most extreme when the Earth aligns with both the sun and the moon, the two objects that exert the strongest gravitational pull on our planet. (Because water moves most easily in response to this pull, the tides are the most obvious response to this gravitational tugging.) When there's a full moon or moon is in its new phase, its gravitational pull adds onto that of the sun, resulting in more dramatic high and low tides, according to the National Oceanic and Atmospheric Administration (NOAA).

And the moon was full on Sunday (March 28). Even better for the stranded ship, as the moon was simultaneously relatively close to Earth in its orbit; it will reach the closest point, called perigee, on Tuesday (March 30). Perigee can also accentuate the extreme tides caused by full and new moons, according to NOAA.

Those factors mean that the moon really lined up to give the Ever Given a much-needed boost. According to the New York Times, the Suez Canal may have seen water levels about 18 inches (46 centimeters) higher than usual.

"We were helped enormously by the strong falling tide we had this afternoon," Peter Berdowski, CEO of Boskalis, the salvage firm charged with freeing the Ever Given, told The Associated Press. "In effect, you have the forces of nature pushing hard with you, and they pushed harder than the two sea tugs could pull."

And now, thanks to the moon, the infamous Ever Given is on the go again.